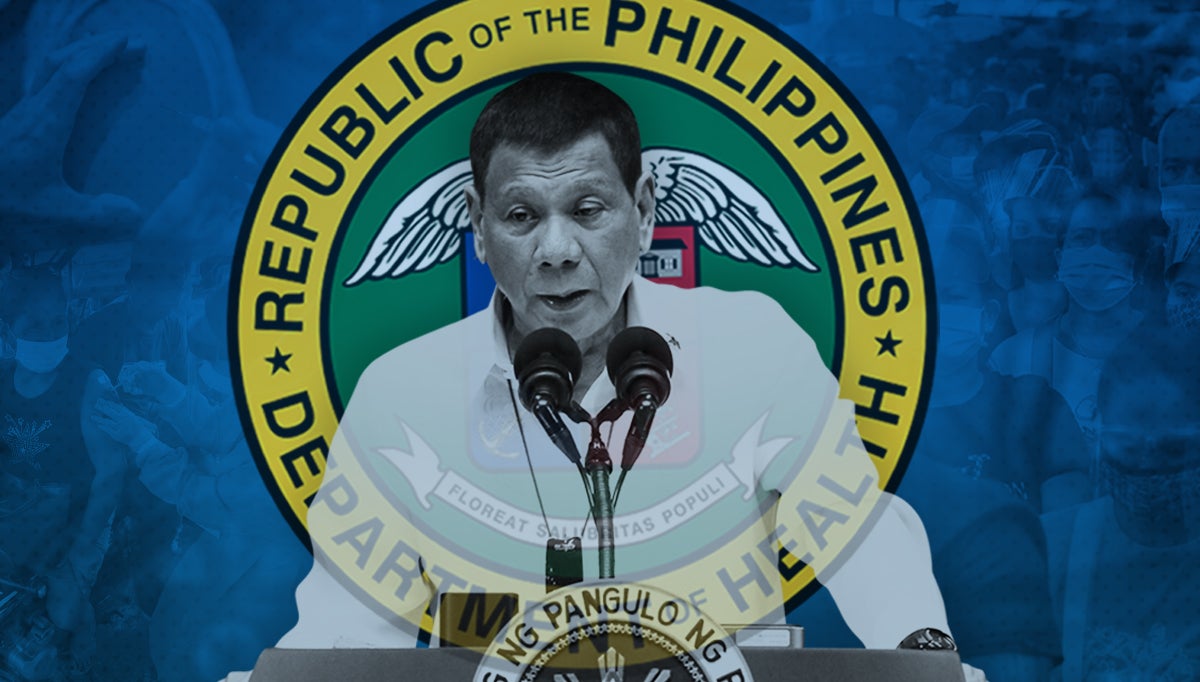 MANILA, Philippines—In President Rodrigo Duterte’s five years in office, the Department of Health (DOH) and its officials had their share of controversies, especially during the COVID-19 pandemic that became the biggest test of Duterte’s governance.

While the DOH scored some accomplishments, the most significant of which perhaps was the enactment of the Universal Health Care law that expanded PhilHealth coverage to all Filipinos, the department found itself struggling to swim in a pool of controversies—from Dengvaxia to COVID-19 shortcomings.

INQUIRER.net looks back at the major issues that the DOH and its officials had to face under Duterte’s reign, especially during the pandemic. 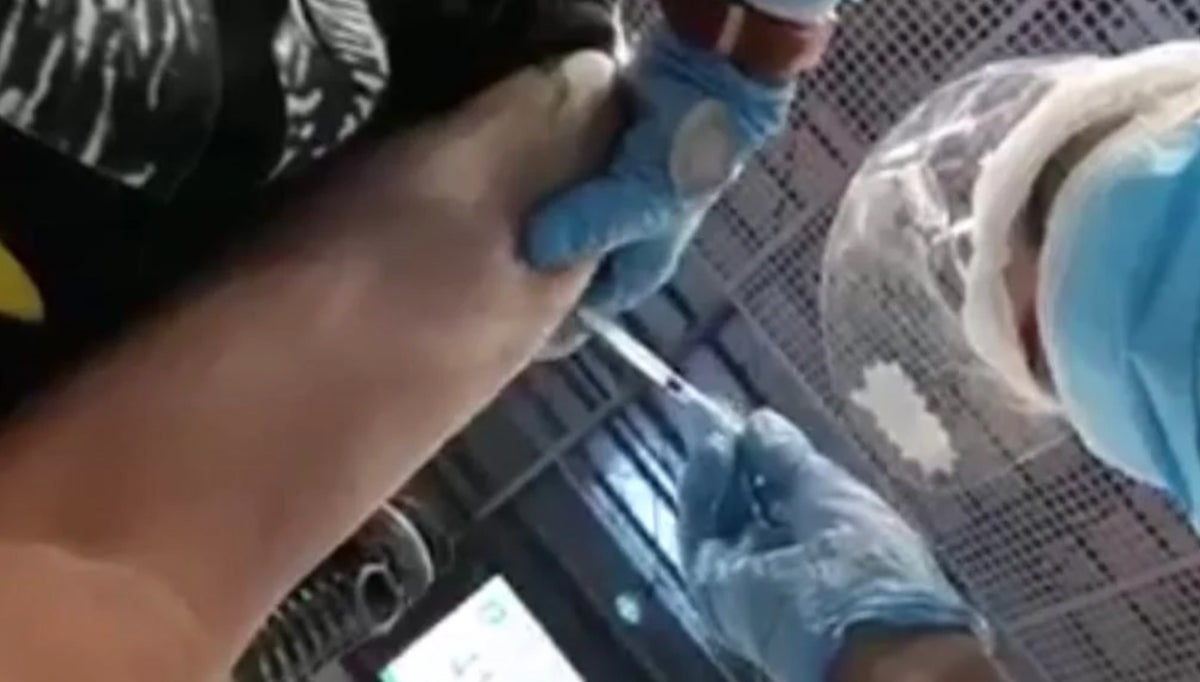 A screenshot of the viral video subject of the DOH probe.

In June, three months after the government rolled out its COVID vaccination program, a number of videos surfaced on social media showing instances of failed vaccination. Apparently, some health workers have failed to inject the contents of the vaccine on prospective recipients.

The first case was reported in Makati City, where a volunteer nurse only injected the syringe but failed to release its content into the arm of the jab recipient.

But both Makati City Mayor Abby Binay and the DOH called for the public’s understanding, noting that the mistake was “human error” of health care workers who have been on the frontline of pandemic response for over a year now.

The DOH later said it was “aware of more circulating videos of prospective vaccine recipients who failed to receive a proper dose of COVID-19” and assured that an investigation was being conducted. It added that a re-orientation on vaccine administration protocol was made as it urged local government units to limit the working hours of health workers.

Amid the limited supply of vaccines in the country, which forced some LGUs to halt first dose inoculation in some instances, the government is also on the watch for vaccines and vaccination slots being sold.

The Philippine National Police in June filed charges against at least two people for the alleged sale of vaccination slots in Mandaluyong City.

At the end of the same month, agents of the National Bureau of Investigation (NBI) arrested a nurse at Gat Andres Bonifacio Memorial Medical Center, a hospital run by the Manila city government, and two others in an entrapment operation in Quezon City for allegedly trying to sell 300 doses of vaccines against SARS Cov2, the virus that causes COVID-19. 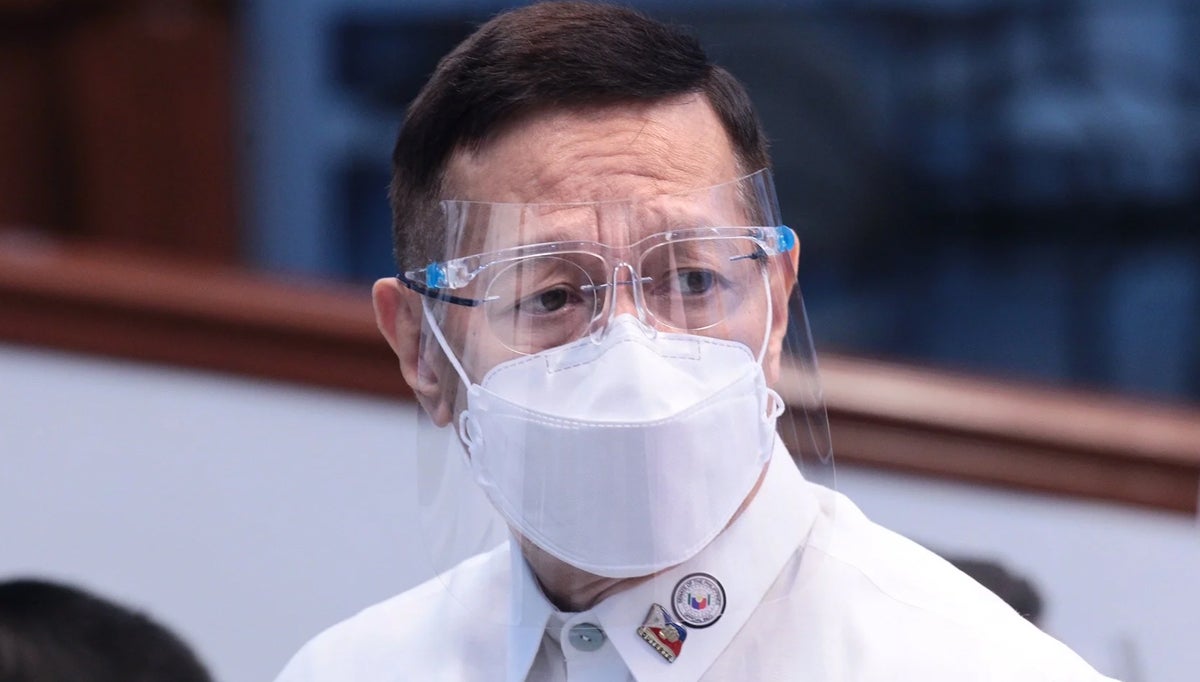 As the government struggled to maneuver through its COVID-19 response, some groups and even lawmakers have repeatedly called for Health Secretary Francisco Duque III to resign.

It came to a point when at least 14 senators signed in April 2020 Senate Resolution No. 362 calling for Duque’s resignation, citing his alleged “failure of leadership, negligence, lack of foresight” in addressing the pandemic.

But Duterte himself had refused to let go of Duque as health secretary. Duterte said this was not the right time for Duque to resign, and that Duque has his “full trust.”

READ: Duterte tells Duque: ‘This is not the time for you to resign’

Duque, meanwhile, said he “serves at the pleasure of the President” and that he only works for the nation and to help Duterte’s administration become successful.

READ: Duque on resignation calls: ‘What else do I have to prove?’ 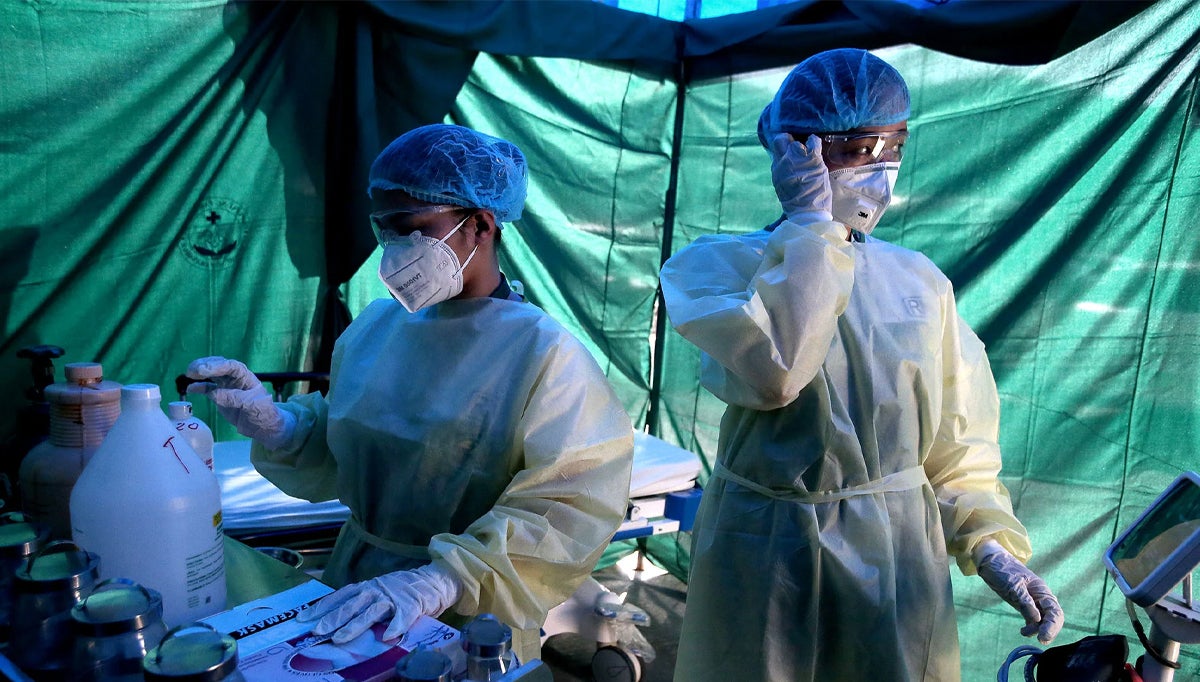 But according to Sen. Sonny Angara, who sponsored both the Bayanihan 2 law and Republic Act 11519 which extended the availability of its funds until June 30, benefits for health care workers under the Bayanihan 2 will continue to be provided even after the law expires because the state of national emergency remains in effect.

Also in June, the DOH announced that the P9 billion fund for the new tranche of special risk allowance for health workers on the frontlines against COVID-19 has been released to its regional offices.

However, the health department said it was still coordinating with the Department of Budget and Management for funds for transportation, accommodation and meals for health care workers. The funds, meant for public hospital employees, had been “repurposed” for other COVID response programs and would be given to its intended beneficiaries in cash following a Malacanang directive.

In 2019, the Inquirer exposed the alleged “ghost dialysis” scheme of WellMed Dialysis Center in Quezon City in a three-part investigative report. 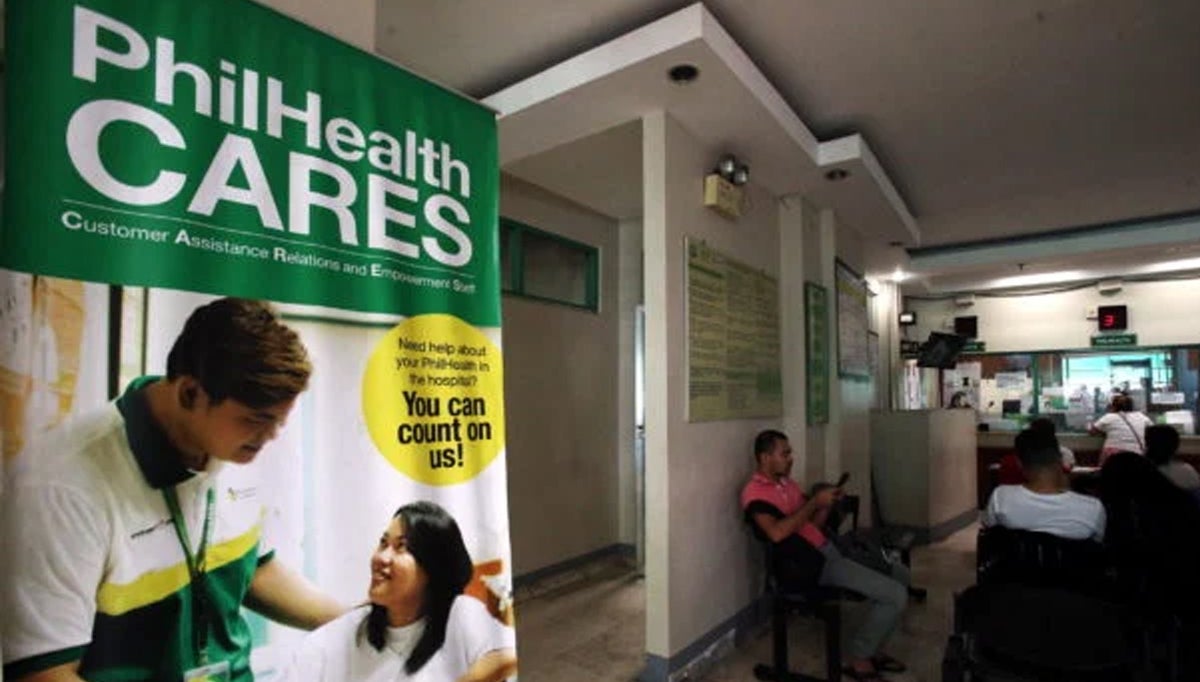 Two whistleblowers, who were former WellMed employees, revealed that their employer had defrauded the Philippine Health Insurance Corp. by allegedly using dead patients to file dialysis claims. The revelation led to forced resignation of some top PhilHealth officials.

READ: WHAT WENT BEFORE: ‘Ghost dialysis’ complainants were assured of protection

Later in 2020, PhilHealth once again hogged the headlines after resigned anti-fraud legal officer Thorsson Montes Keith claimed there was “widespread corruption” in the state health insurer. PhilHealth has denied that its officials have pocketed P15 billion as alleged by Keith.

The Senate Committee of the Whole later recommended the filing of criminal charges against Duque, Ricardo Morales—who resigned as PhilHealth chief, citing health issues—and several top-ranking officials, over the alleged misuse of funds under the agency’s Interim Reimbursement Mechanism.

In the midst of the controversy, Duterte appointed former NBI Director Dante Gierran as the new head of the embattled PhilHealth. Gierran then issued a memorandum implementing a 2019 board resolution “directing all senior officers from Salary Grade 26 and above to tender their courtesy resignation.”

PhilHealth said 43 of its senior officers submitted their courtesy resignation following the memorandum. The NBI, upon the recommendation of the Department of Justice, also filed criminal complaints against former and incumbent officials of the agency.

Dengvaxia, the world’s first dengue vaccine made by French pharmaceutical company Sanofi Pasteur, was licensed and approved for use in the Philippines by the FDA in 2015.

In 2016, the DOH launched the immunization program, providing free vaccines to selected Grade 4 public school students in Metro Manila, Central Luzon and Calabarzon—the three regions with the highest number of dengue cases at that time. The government allocated P3.5 billion for the program.

However in 2017, the DOH halted the vaccination program after Sanofi announced results of new studies which found  that the vaccine caused severe dengue in patients who had no previous exposure to the dengue virus.

At the height of the controversy, then Health Secretary Janette Garin said that the mass vaccination program was “backed up with studies that date back to several years.” The Public Attorney’s Office had accused Garin of “maliciously and arbitrarily” failing to inform the public of Dengvaxia’s risks. However, Garin said those were just “theoretical” and have not yet been supported by data at the time the vaccination program was launched.

At a Senate hearing on the DOH budget in 2019, health officials said no death had been confirmed to be directly attributable to the vaccine.

Cases have been filed against Garin, who is now Iloilo representative, and other officials. Garin said she had already posted bail in the cases filed against her. 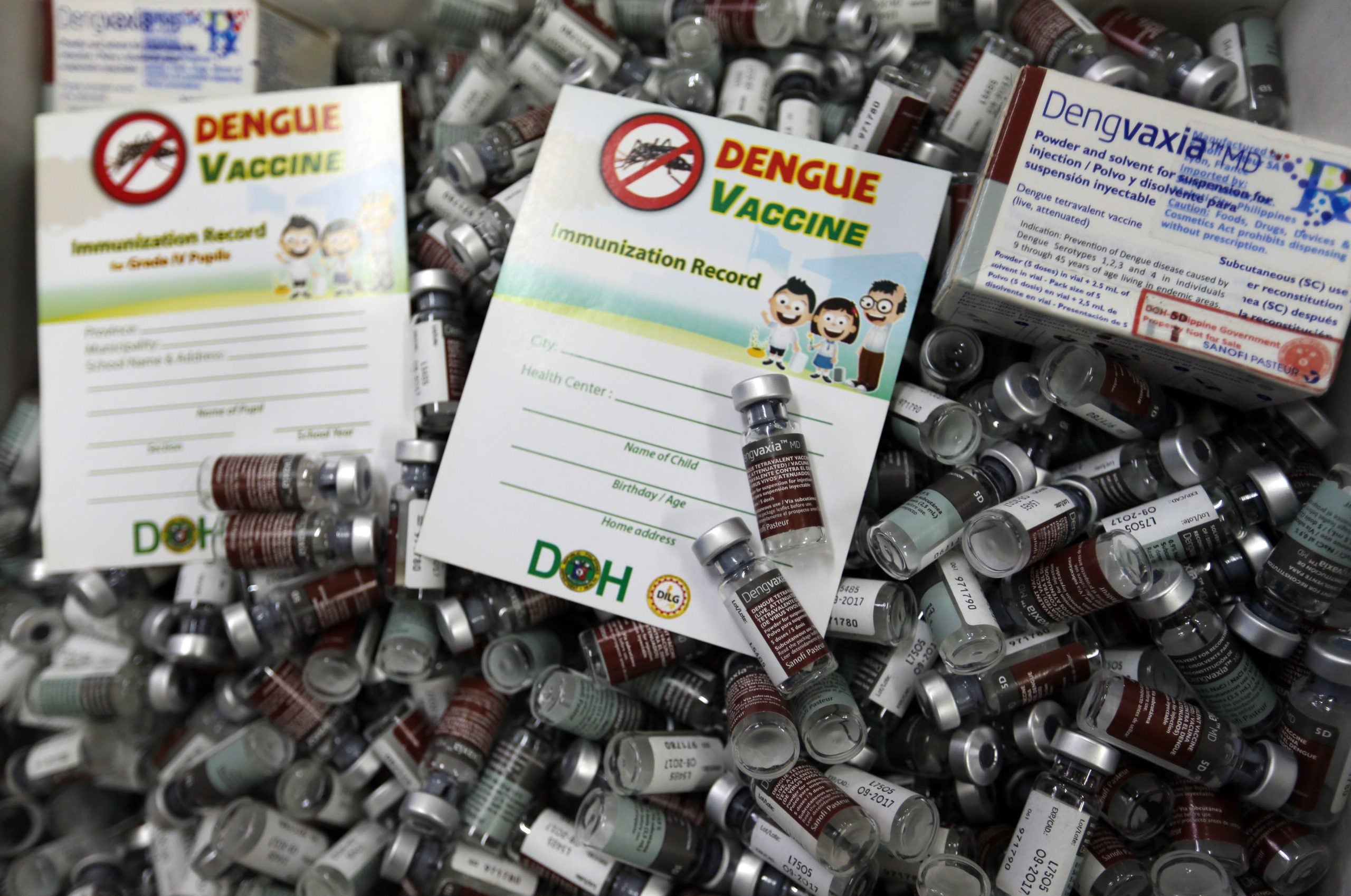 Duterte’s term was also met by outbreaks not just of COVID-19 but also of other diseases, most specially in 2019, leading to Duque describing that year as “full of public health challenges.”

In that year, the DOH declared a measles outbreak in Metro Manila and parts of Central Luzon and Central Visayas as the number of cases sharply increased in those areas. DOH records showed that from January 1 to March 1 that year, a total of 13,723 persons had measles and 215 of them died.

The World Health Organization (WHO) said the country’s low immunization coverage was among the reasons for the measles outbreak. Duque, meanwhile, attributed the drop in immunization rate to the public’s fear of vaccines due to Dengvaxia controversy.

In September 2019, nearly two decades after the country was declared polio-free, the health department likewise confirmed the resurgence of polio after recording a case in Lanao del Sur. Later in July 2021, the WHO and DOH formally announced the end of the polio outbreak in the country.

READ: Polio outbreak in PH is over, say WHO, DOH

Still in 2019, the DOH declared a national dengue epidemic as cases of the mosquito-borne disease saw a sharp increase.

As the Duterte administration kicked off its controversial drug war, the need for rehabilitation centers for drug suspects who want to surrender also surfaced. In 2016, health officials told a Senate hearing that there were only 44 drug rehabilitation centers across the country—just 15 of them public—operating at that time.

Assistant Health Secretary Elmer Punzalan said in August that year that a total of 600,000 drug dependents had surrendered, of whom nine percent or 54,000 were found to be in need of confinement in rehabilitation centers. However, the total number of rehabilitation centers in the country at that time could only accommodate 5,000 patients.

In November 2016, the government opened the Mega Drug Abuse Treatment and Rehabilitation Center at Fort Magsaysay in Nueva Ecija for drug users who had turned themselves in under the PNP’s “Oplan Tokhang.”

Huang Rulun, a Chinese real estate tycoon, donated P1.4 billion for the construction of the 10,000-bed center in support of the anti-drug campaign.

In June 2021, five years after the launching of the campaign, it was reported that the country still does not have enough facilities to rehabilitate drug dependents.

Dr. Jose Bienvenido Leabres, DOH Manager for the Dangerous Drugs Abuse and Treatment Program, was quoted as saying at a forum that there are only 4,840 authorized bed capacity in 64 drug rehabilitation centers nationwide, even though 16,751 individuals have severe drug use disorders.