MANILA, Philippines —In July 2019, President Rodrigo Duterte appointed Ricardo Morales, a retired Army brigadier general, at the helm of the Philippine Health Insurance Corp. (PhilHealth) to, among other tasks, sniff out corruption in the agency.

A little over a year after, amid a global pandemic, he and his subordinates face questioning from lawmakers on fresh allegations of irregularities in the state insurer.

Health Secretary Francisco Duque III, ex-officio chair of the PhilHealth board, has been dragged into the alleged anomalies.

But how did a heated meeting among officials lead to arguably one of the biggest stories this year? 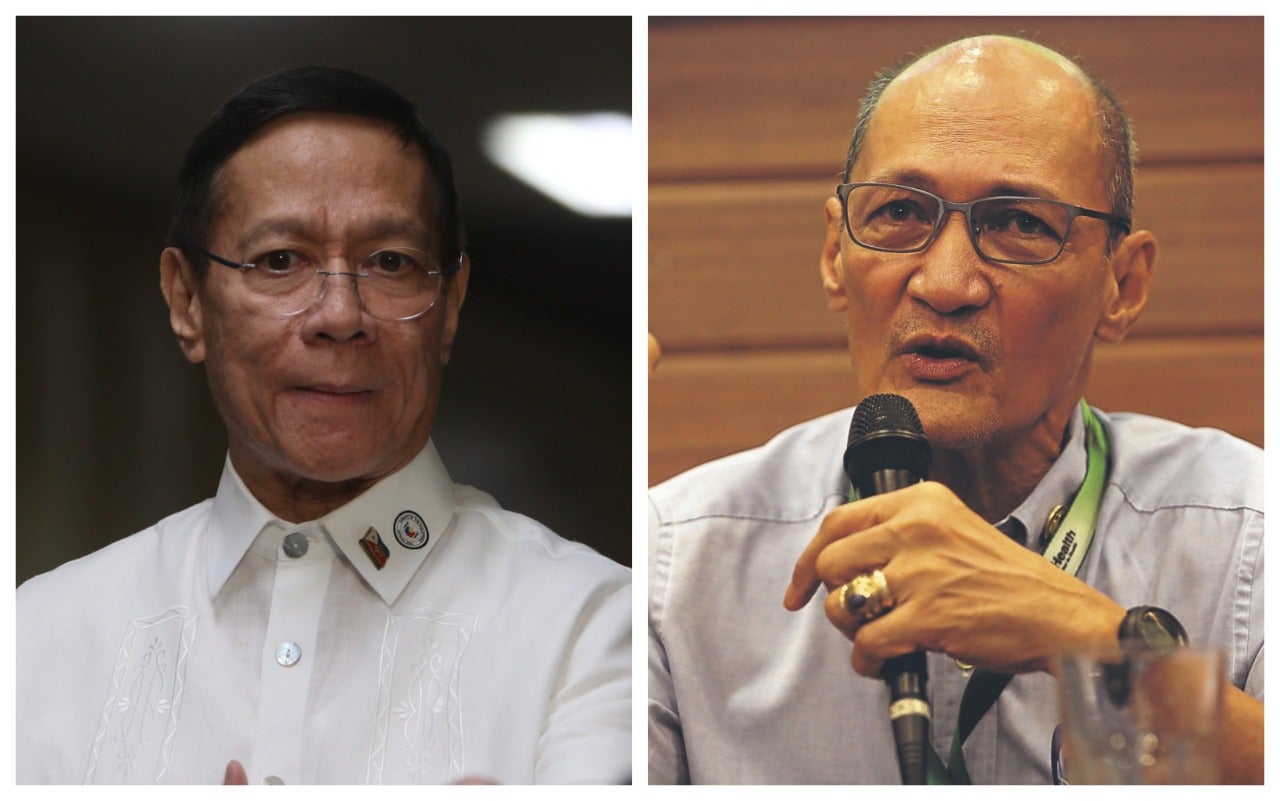 The meeting eventually escalates into a forum for heated exchanges over PhilHealth’s allegedly overpriced IT system.

PhilHealth confirms the resignation of one of its officials — anti-legal fraud officer Atty. Thorsson Keith, who steps down from his post due to alleged “widespread corruption” within the agency.

He cites “rampant and patent unfairness in the promotion process” and delayed salaries and hazard pay.

The state insurer assures that any allegation of corruption within the agency is being taken seriously.

Senate President Vicente Sotto III and Senator Panfilo Lacson file Senate Resolution No. 475 calling for the constitution of the Senate Committee of the Whole to probe the alleged “rampant corruption, incompetence, inefficiency” within the PhilHealth.

The Senate adopts Sotto and Lacson’s resolution, a go-signal for the chamber to convene as the Committee of the Whole to probe the state insurer.

A group of party-list lawmakers in the House of Representatives file a resolution calling for a similar investigation.

The Senate, constituted as the Committee of the Whole, open its 10-hour inquiry into allegations of massive corruption within PhilHealth.

Keith, the anti-fraud officer that resigned from the agency after the controversial meeting, describe the recent PhilHealth anomalies “crime of the year” that resulted to the loss of P15-billion in the state insurer’s funds, allegedly pocketed by members of the PhilHealth “mafia.”

He and another whistleblower, board member Alejandro Cabading, tag members of PhilHealth’s executive committee as part of the alleged “mafia.”

Execom members deny this during the hearing.

Senators question PhilHealth officials on the proposed P2.1-billion information technology project, which whistleblowers claimed was overpriced, as well as the IRM fund releases.

The IRM is a funding measure to reimburse HCIs to allow them to continue responding to a national emergency or calamity, such as the aftermath of Supertyphoon “Yolanda” (international name: Haiyan) in 2013 and the Marawi siege in 2017. In the current crisis, it is for the COVID-19 pandemic. 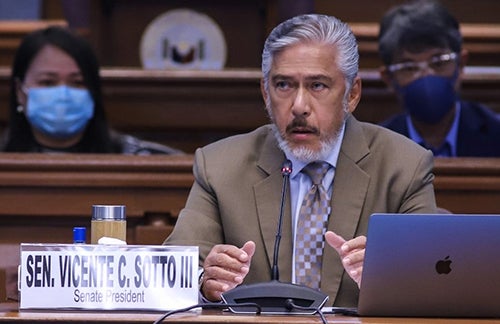 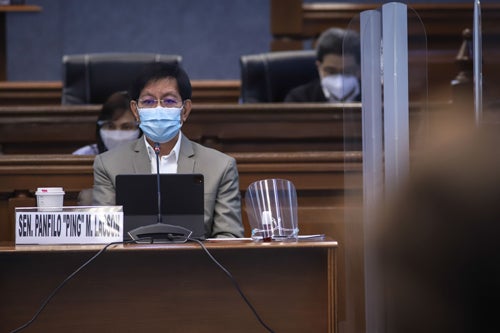 Sen. Panfilo Lacson during the Senate Committee of the Whole hearing Tuesday, August 4, 2020, says PhilHealth is a “murky, stinking swamp” that needs to be drained. (Joseph Vidal/Senate PRIB)

House committees on public accounts and good government and public accountability begin its own investigation into alleged anomalies within the state insurance company.

The panel asks more than a dozen of PhilHealth’s top officials, including Morales, to disclose their assets and net worth as part of a lifestyle check.

PhilHealth Senior Vice President for Operations retired Brig. Gen. Augustus de Villa tenders his “irrevocable resignation” to Morales as the agency is hounded by allegations of corruption and subjected to congressional investigations.

President Rodrigo Duterte orders the Department of Justice (DOJ) to create a task force that would look into the alleged irregularities in the state insurer.

Morales tells the Senate that he is undergoing chemotherapy for lymphoma and was told to go on medical leave by his doctor.

Senators question PhilHealth officials on the release of billions worth of IRM funds.

Lacson flags a “pattern” that some hospitals, particularly private-owned, were allegedly favored in the distribution of IRM over state-owned hospitals.

In the Senate’s last hearing, a whistleblower tags Duque as the alleged “godfather” of the PhilHealth “mafia.”

The health chief denies this allegation.

“[A]bsolutely malicious and without basis. I don’t wish to dignify that allegation,” Duque said. 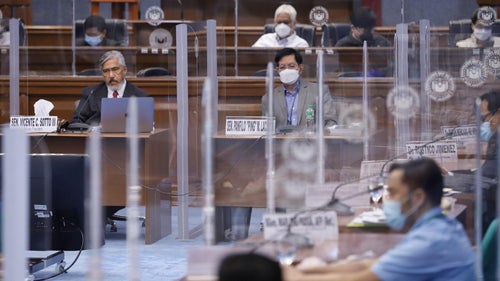 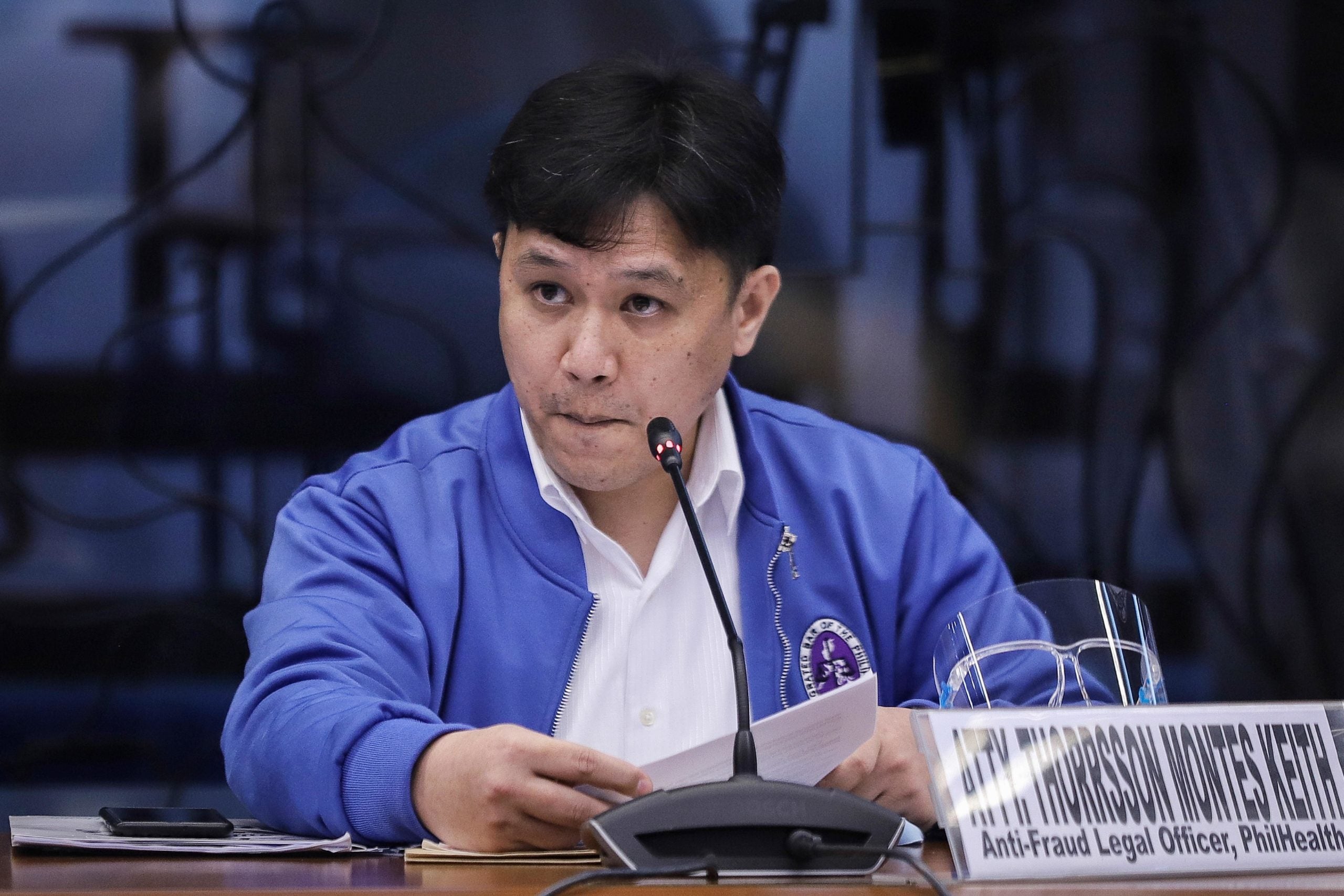 Morales steps down. Senior vice president for legal sector Rodolfo del Rosario Jr. confirms that he is also resigning from his post.

The President names former National Bureau of Investigation (NBI) Director Dante Gierran as the new head of the embattled PhilHealth.

The Senate Committee of the Whole comes out with its report containing its probe findings and recommendations.

The committee recommends charges against Duque, Morales and several other top officials for the alleged misuse of funds under the agency’s IRM. 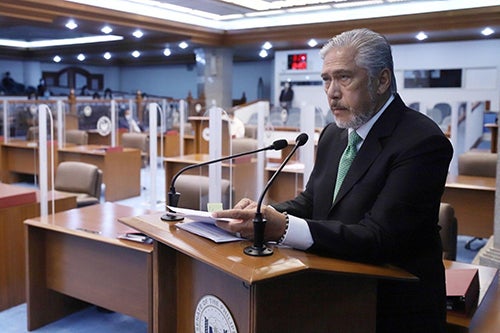 The President approved the DOJ-led task force’s recommendation to file cases against Morales and other PhilHealth officials. A case was not recommended against Duque.

The President raises the idea of abolishing PhilHealth.

Gierran issues a memorandum implementing a 2019 board resolution “directing all senior officers from Salary Grade 26 and above to tender their courtesy resignation.”

NBI, upon the recommendation of the DOJ, files criminal complaints against nine former and incumbent officials of PhilHealth.

This “involves the questionable grant of advances to a number of health care institutions in the National Capital Region pursuant to the Interim Reimbursement Mechanism provided for under PhilHealth Circular No. 2020-2007.”

PhilHealth said 43 of its senior officers give in their courtesy resignation following Gierran’s Sept. 30 memorandum.

The House panels investigating the controversy have yet to come out with their own findings but the question remains: Will these probes and filing of cases against officials end
the alleged corruption hounding the country’s health insurer?