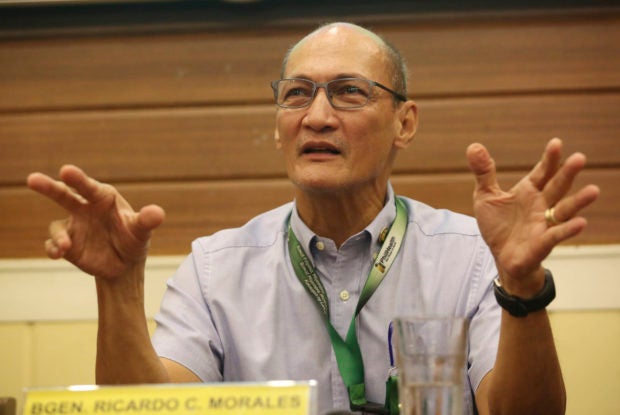 MANILA, Philippines—  Beleaguered Philippine Health Insurance Corp. (PhilHealth)  president President Ricardo Morales has been advised by his  doctor to take a leave of absence due  to lymphoma.

In  a medical certificate issued  on August 7, Morales’ oncologist disclosed   that   Morales was a “diagnosed case of Diffuse Large B cell  lymphoma” and is undergoing  chemotherapy.

The copy of the medical certificate  was submitted to  the Senate, constituted as Committee of the  Whole to look into alleged widespread corruption  within the  Philhealth.

“He (Morales) is  advised to complete  6 cycles   of treatment during which he will be immunocompromised and vulnerable to  opportunistic infections. It is therefore  in his best interest that I have advised him to take a leave of absence,”  the certificate  read.

“He shall undergo a repeat PET CT Scan after completing 6 cycles  of chemotherapy after which I shall make a recommendation when he can resume work,”    it further  said, adding the medical certificate was issued upon Morales’ request.

In another letter  to  Senate President Vicente “Tito” Sotto  III also dated August 7,  Arnel de Jesus, executive vice president and chief operating officer  7 of Philhealth,  said   he would not be able to  attend the next hearing  of the Senate on August 11 “due  to an unforeseen medical emergency.” 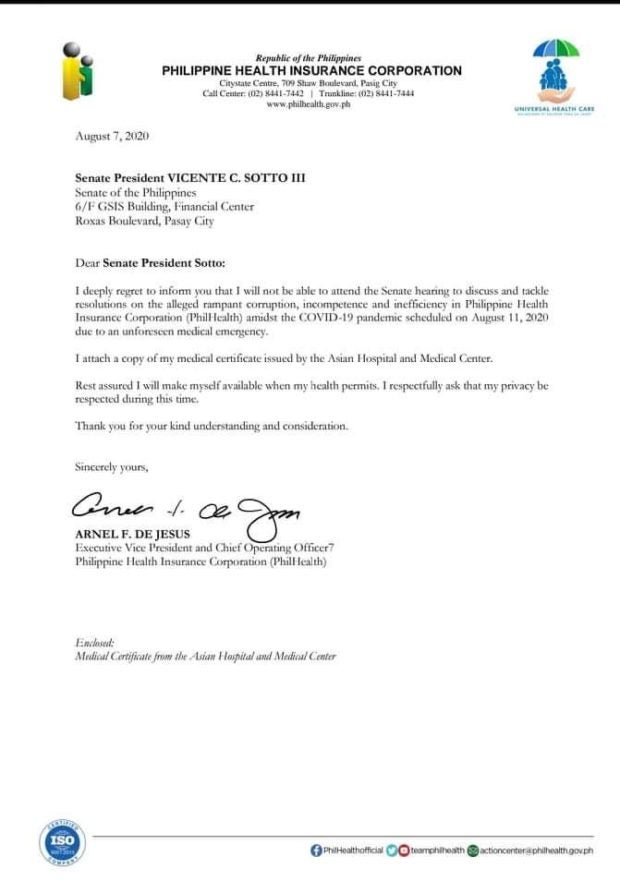 De Jesus   also attached  in his  letter a copy of his medical certificate.

“Rest assured I will make myself available when my health permits. I respectfully ask that my privacy be  respected during  this time,” the official added.

Does BLACKPINK’s Jisoo look like Sandara Park in this photo?