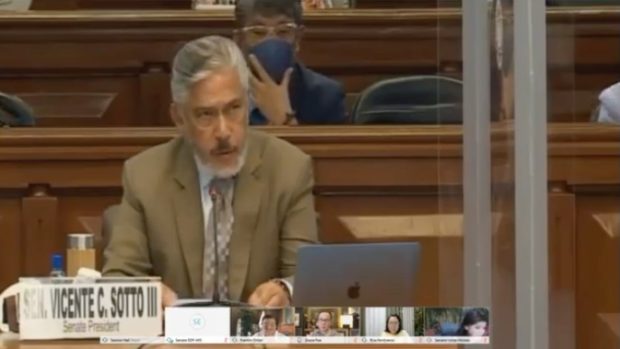 MANILA, Philippines — The Senate, constituted as the committee of the whole, opened on Tuesday its investigation into allegations of massive corruption in the Philippine Health Insurance Corp. (PhilHealth).

The probe was initiated through a resolution filed by Senate President Vicente Sotto III and Senator Panfilo Lacson as allegations of widespread corruption in PhilHealth gained traction following a controversial meeting of PhilHealth officials and members of President Rodrigo Duterte’s Cabinet.

The probe will focus on three “major issues” within PhilHealth — the implementation of the interim reimbursement mechanism, the information and communication technology equipment worth P734 million flagged by the Commission on Audit, and the alleged manipulation of its “financial status,” Lacson told reporters in an earlier interview.

Lacson also said incumbent and recently resigned officials of the agency will “testify against anomalies” within PhilHealth.

(They said they want to testify against the anomalies inside PhilHealth. Actually, they have long been requesting, some of them, if the Senate needs to investigate them because they felt so helpless about PhilHealth that is still very much controlled by the mafia.)