Lacson: Fed up about corruption in PhilHealth drove execs to testify | Inquirer News

Lacson: Fed up about corruption in PhilHealth drove execs to testify 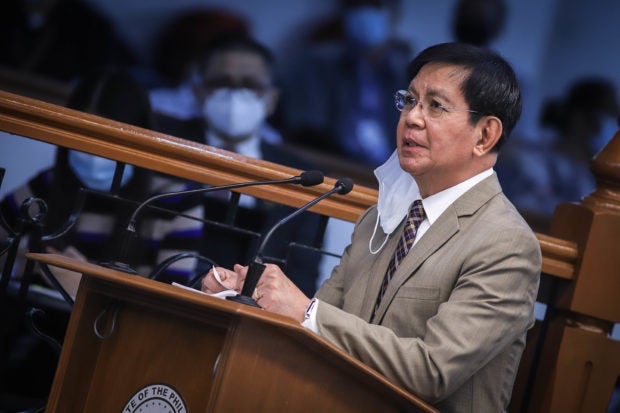 MANILA, Philippines — The feeling of helplessness and frustration over the alleged continued corruption in the Philippine Health Insurance Corp. (PhilHealth) drove one incumbent board member and two resigned officials to come out and testify against anomalies within the state insurer.

Senator Panfilo Lacson told this to reporters on Monday in a virtual interview as he disclosed the names of three of the several “witnesses” for the Senate’s upcoming investigation into allegations of corruption within PhilHealth.

(They said they want to testify agains the anomalies inside PhilHealth. Actually, they have long been requesting, some of them, if the Senate needs to investigate them because they felt so helpless about PhilHealth that is still very much controlled by the mafia.)

He was referring to the “mafia” inside the state insurer which has “control of all influence” within the agency.

“They’ve been there for a while. Talagang walang nagbabago at saka yung pattern ng corruption,” Lacson said.

(Nothing really changed and the pattern of corruption.)

The Senate is set to constitute itself into a committee of the whole on Tuesday, August 4, to investigate reports of massive corruption within PhilHealth.

The probe, according to the senator, will focus on three “major issues” within PhilHealth—the implementation of the interim reimbursement mechanism, the information and communication technology equipment worth P734 million flagged by the Commission on Audit, and the alleged manipulation of its “financial status.”

The probe was initiated through a resolution filed by Lacson and Senate President Vicente Sotto III as allegations of widespread corruption in PhilHealth gained traction following a controversial meeting of PhilHealth officials and members of President Rodrigo Duterte’s Cabinet.

Cabading, who Lacson said was among those who were involved in the “shouting match” during the said meeting, appeared “very frustrated” with the anomalies happening in PhilHealth.

(That he can no longer tolerate the nonsensical things happening in PhilHealth because, after all, it’s the country’s money…why they are doing this?)

(He was very passionate about the reform that should be done. He sounded so frustrated about what’s happening in PhilHealth that is why he decided to choose to correct it.)