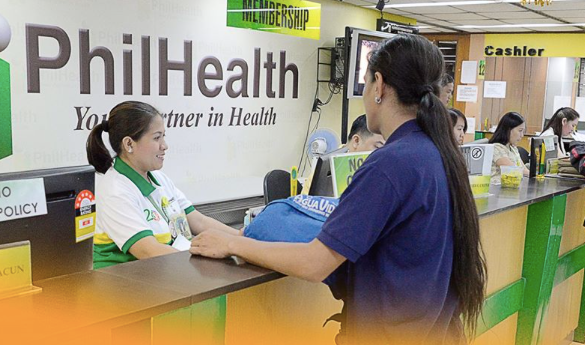 During the hybrid joint hearing of the House Committee on Public Accounts and the Committee on Good Government and Public Accountability on Thursday, lawmakers raised concerns over the lack of leadership in PhilHealth following the resignation of some of its high-ranking officials—including Morales.

It was here that PhilHealth Corporate Secretary Jonathan Mangaoang disclosed that De Jesus’ designation as OIC President and CEO of the agency was approved on Wednesday, August 26.

“The board yesterday approved the designation of EVP COO Arnel De Jesus as an officer in charge, PCEO, effective upon the acceptance of the resignation of BGen. Morales, following the general rules on succession,” Mangaoang said.

Defensor, however, questioned if PhilHealth considered the health condition of De Jesus in designating him as OIC. Notably, De Jesus was also not in the hearing.

To recall, in a previous House hearing, De Jesus asked to be excused due to health-related concerns, particularly regarding his pacemaker.

Manaoang said De Jesus’ medical condition was not discussed during the meeting.

Meanwhile, Cavite 7th District Rep. Jesus Crispin Remulla said there is no excuse to not appear in the hearing—even at least through videoconferencing.

“I’ve known people who used pacemakers and it just helps them live a normal life. It’s not an excuse for the person not to appear before us in Zoom at least so we can still ask him questions,” Remulla said.

“At this pandemic, I think the excuses are now very hard to come by not to appear before our body because everybody can have Zoom or use the Zoom app to appear in this body. That’s why I think Mr. De Jesus should join us in Zoom at least,” he added.

Defensor asked PhilHealth to contact De Jesus and ask the latter to attend the hearing even through videoconferencing.

Presidential spokesperson Harry Roque confirmed Wednesday the Palace has already received Morales’ resignation letter but clarified that they are still waiting for President Rodrigo Duterte’s action regarding the matter.