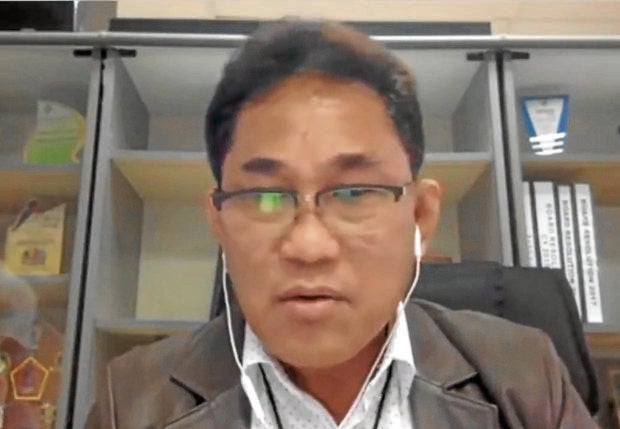 MANILA, Philippines — About P15 billion of the funds of Philippine Health Insurance Corp. (PhilHealth) fattened the wallets of a “syndicate’’ in the state-run health insurer in 2019 alone, according to a former antifraud officer of the corporation, who called it the “crime of the year.”

Lawyer Thorrsson Montes Keith told a Senate hearing on Tuesday that all members of PhilHealth’s executive committee composed the “mafia,” which had been allegedly defrauding the corporation for the past several years.

“My primary job as antifraud legal officer of PhilHealth is to spy on corrupt personnel … What I have discovered in PhilHealth may be called ‘crime of the year,’” said Keith, who quit his post on July 23.

“I believe, based on my investigation, that the (public) money that had been wasted or stolen was more or less P15 billion,” he said, likening the rampant questionable transactions in PhilHealth to a pandemic.

Keith also disclosed that PhilHealth President and CEO Ricardo Morales once directed him to approach Greco Belgica, commissioner of the Presidential Anti-Corruption Commission, to “massage” the investigation of the allegedly overpriced testing kits for COVID-19.

He previously called his erstwhile boss a “coddler” or the “new leader” of the syndicate, an allegation that Morales dismissed as baseless.

“I refused to heed his order and told Morales, ‘What would Belgica think of me if I ask him about that issue?’ He was surprised by what I told him,” the resigned PhilHealth official said.

After initially dismissing the allegations as part of the “annual bash” against PhilHealth, Morales admitted that pervasive irregularities still marred the health insurance agency despite President Duterte’s order for him to weed out corruption.

A retired Army brigadier general and a former rebel soldier, Morales was appointed by the President last year after his predecessor, Roy Ferrer, stepped down on the heels of the Inquirer’s series of investigative reports on massive fraud and scams in PhilHealth.

The PhilHealth chief said about P10.2 billion in agency funds might have been lost to fraud in 2019 and that this could “balloon” to P18 billion next year if the leakages would not be plugged.

“If this cycle continues, this body (Senate) might have to make the fateful decision to pull the plug on this organization,” Morales said.
He said PhilHealth was not perfect, “but I believe it would take less to fix it than bury it and create a new organization altogether.”

Alejandro Cabading, a member of the PhilHealth board, supported Keith’s claims, saying he tried to bring to Morales’ attention the irregularities that even the Commission on Audit (COA) and the state health insurer’s resident auditors had flagged.

Cabading, a certified public accountant, said he had repeatedly questioned the proposed P2.1-billion information technology project, which he acknowledged had sparked a heated exchange between him and Morales at an online meeting two weeks ago.

“We are already on the cliff financially. I could say confidently. We’re on the brink (of collapse),” the PhilHealth official said.

“These are the people manipulating inside (PhilHealth),” Cabading told Go. “We tried to solve (the problems) inside, but nothing happened. They were even trying to intimidate those who were investigating inside.”

Sen. Panfilo Lacson, who initiated the Senate inquiry along with Senate President Vicente Sotto III, quickly grilled Morales on what he had done to institute reforms in PhilHealth as directed by Mr. Duterte.

Citing COA reports, Lacson said the irregularities in PhilHealth prompted state auditors to disallow the disbursement of P27 billion of its funds from 2014 to 2018.
He blamed errant officials “who do not seem to run out of malevolent schemes to enrich themselves” for the unabated raid of PhilHealth funds and for falsifying official records to prevent COA from scrutinizing its financial condition.

“PhilHealth is a murky, stinking swamp that many of its good and well-meaning people, from the officials to their rank-and-file employees, want drained not just of some corrupt but well-entrenched officials … but of a deeply rooted, mafia-like syndicate that controls the resources of the corporation,” Lacson said. 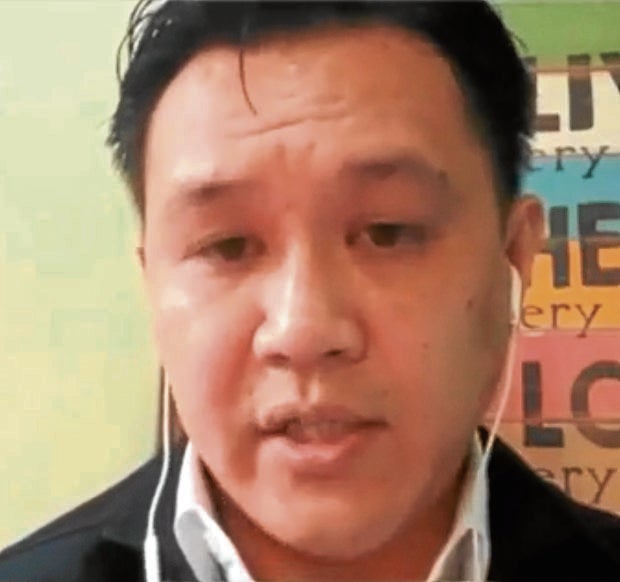 He quizzed Morales on the questionable release of P231 million to 48 dialysis centers and four maternity clinics. The amount was drawn out of the P30-billion Interim Reimbursement Mechanism (IRM), a special fund intended for hospitals treating COVID-19 patients.

Lacson said there seemed to be favoritism in awarding financial aid to certain healthcare facilities, pointing out that Ospital ng Maynila had been trying to collect P19.4 million from PhilHealth since May 13.

He said documents showed that B. Braun Avitum Philippines, a dialysis center, was able to collect a total of P45 million for five of its branches from April 23 to May 4, just several weeks after filing its requests.

“Why did you deviate from the original intent of the IRM? Dialysis centers are not covered by IRM,” Lacson asked Morales.

Morales, who owned up to approving the release of the funds, said the agency deemed it necessary to provide financial aid to hospitals and other health facilities in areas with high number of individuals infected with the new coronavirus.

“It was a preemptive move to provide the hospitals with funds so that they could respond to the pandemic if and when it happens,” he said.

But Lacson, who sounded exasperated, emphasized that the dialysis centers and maternity clinics that received the funds did not attend to COVID-19 patients, one of the requirements in the disbursement of IRM money.

“Why did you release (money) to Braun that only had chairs and not a single bed for COVID-19? And as a matter of protocol, dialysis centers were not allowed to accommodate COVID-19 patients. What’s the justification?” Lacson asked Morales, raising his voice.

To which Morales replied, “We were approached by a group of nephrologists. They appealed to us that they were turning away patients because they were running out of funds. Some of their patients were already dying.”

The senator also took Morales and the other PhilHealth officials to task for approving last year the purchase of 24 “overpriced” Cisco catalyst network switches at more than P3 million each.

He said a simple check would show that the IT equipment was commercially available for only P62,000.

“What happened to the soul of those who did this? We cannot understand who would have the heart or conscience to procure such items,” Lacson said.

Sen. Francis Tolentino disclosed that some hospitals had been defrauding PhilHealth by collecting benefit claims for COVID-19 cases even if the patients were admitted for other ailments.

He noted that a hospital in Carmen town, Cebu province, treated a stabbing victim but declared it a COVID-19 case.

“They call this ‘fake COVID-19’ cases. The victim was immediately cremated, but he tested negative (for COVID-19). That’s why the victim’s parents are now seeking justice,” Tolentino said.

He said another case involved an individual injured in a motorcycle accident but was also listed as a COVID-19 case.

Cabading confirmed that he had heard of such incidents, saying, “That is the danger now with the IRM.”

“If that’s the trend, I don’t think the money of PhilHealth would last even up to end of the year if we cannot plug it immediately,” he said.

Mangaoang, Mas and Limsiaco, who were all physically present at the hearing, likewise rejected allegations that they belonged to a mafia.

“I have never used my position in government to assist illegal (acts) and to enrich myself,” Mangaoang said.

“There is a special place in hell for people who take advantage of the misery of others,” Zubiri said.