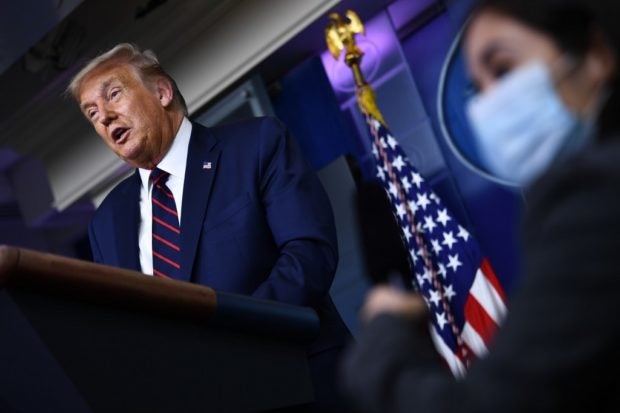 US President Donald Trump speaks to the press in the Brady Briefing Room of the White House in Washington, DC, on August 4, 2020. Photo by Brendan Smialowski / AFP

WASHINGTON — President Donald Trump said Tuesday that US generals had told him that the powerful explosions which rocked Beirut appeared to have been caused by a “bomb of some kind.”

“It looks like a terrible attack,” Trump told reporters at the White House.

“It would seem like it, based on the explosion,” Trump said. “I met with our generals and they feel that it was.

“This was not some kind of a manufacturing explosion type of event,” he said.

“It seems to be, according to them — they would know better than I would — but they seem to think it was an attack.

Lebanese Prime Minister Hassan Diab said that about 2,750 tonnes of ammonium nitrate had been stored in the Beirut port warehouse that exploded.