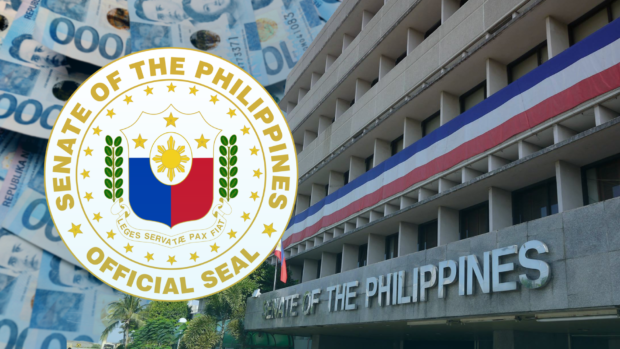 Senate of the Philippines

MANILA, Philippines — The Senate approved the P5.268-trillion national budget for 2023 on final reading on Wednesday.

During a plenary session, the senators deliberated on House Bill No. 4488 or the 2023 General Appropriations Bill (GAB) on the second and final reading, as the measure has been certified as urgent by President Ferdinand Marcos Jr.

With 21 affirmative votes, no negative votes, and no abstentions, the 2023 GAB hurdled the upper chamber of Congress.

While Senate Minority Leader Aquilino Pimentel III voted for the budget’s approval, he expressed reservations on it.

“I have reservations about our national budget for 2023. First of all, I believe that the presentation of the budget is not that accurate,” he said.

“It is presented as a P5.268-trillion budget. But, actually there is P588 billion in unprogrammed appropriations, which to this representation, must be included in the bottomline of the budget as we announce it to the people,” the senator added.

Pimentel pointed out that the 2023 budget increased by 11 percent and that it contained lump-sum allotments and centrally-managed items such as the confidential and intelligence funds (CIFs).

Prior to the voting, senators made amendments to the budget, mostly on CIFs.

Out of the P9.2-billion proposed CIFs, P172 million have been realigned to maintenance and other operating expenses.

The 2023 budget still includes cash assistance for vulnerable sectors such as the Pantawid Pamilyang Pilipino Program and the Protective Services to Individuals in Crisis Situations.

Fuel vouchers, meanwhile, will continue to be distributed to public transport operators and drivers. Fuel assistance will also be given to farmers and fisherfolk.

Despite the declining new COVID-19 infections, the budget for next year has an allocation to respond to the pandemic’s impact.

The calamity fund, meanwhile, was increased to P31 billion for 2023. This includes P1 billion for the Marawi Siege Victims Compensation Fund.

Since the Senate and the House of Representatives approved the 2023 GAB on final reading, a bicameral conference committee will start on Friday.

They will collaborate to come up with a reconciled version of the GAB.

The reconciled bill will then be returned in both chambers of Congress for ratification.

The ratified version will then be transmitted to the Office of the President for his signing.