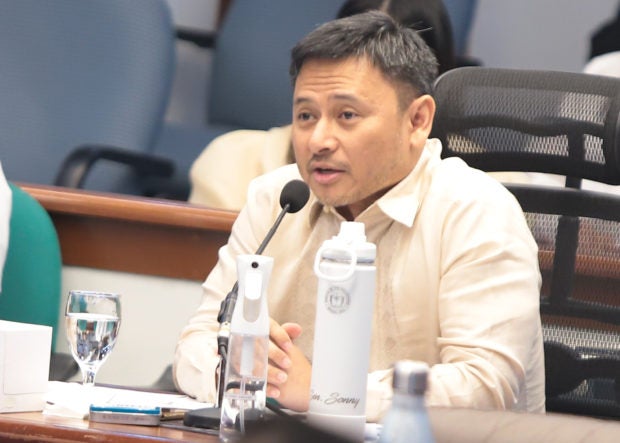 Sen. Sonny Angara, the chairperson of the Committee on Finance, defends the P2.29-billion budget of the Office of the Vice President (OVP) as the Senate resumes deliberation on the proposed P5.268-trillion national budget for 2023 on November 14, 2022. Senate PRIB file photo / Bibo Nueva España

MANILA, Philippines — A total of P172 million in confidential and intelligence funds (CIFs) has been realigned into maintenance and other operating expenses (MOOE).

Senator Sonny Angara, the chairperson of the Senate committee on finance, broke down the realigned CIFs during the plenary session.

The CIFs of the following agencies were realigned to its MOOE:

“All [realignment are] within the agency because we did not want to deprive the agencies of their budgets but placed under maintenance and other operating expenses,” Angara said.

Initially, the DepEd’s P100 million in confidential funds was supposed to be realigned to the Office of the Vice President’s MOOE.

Senator Risa Hontiveros moved to transfer it back to the DepEd, but under its MOOE, particularly the Healthy Learners Institution Program. Her motion was accepted by Angara.

Angara compromised and said that P20 million will be realigned to the said purpose, leaving the DepEd’s confidential fund to P30 million.

Meanwhile, Senator Jinggoy Estrada proposed to amend the budget of the Optical Media Board, realigning P23 million of its budget to the Film Development Council of the Philippines. His amendment was likewise accepted.

Prior to the realignment, there is P9.2 billion in CIFs under the proposed 2023 national budget of P5.268 trillion.