Percy Lapid slay case: Reward up at P6.5M, new photo of ‘person of interest’ out 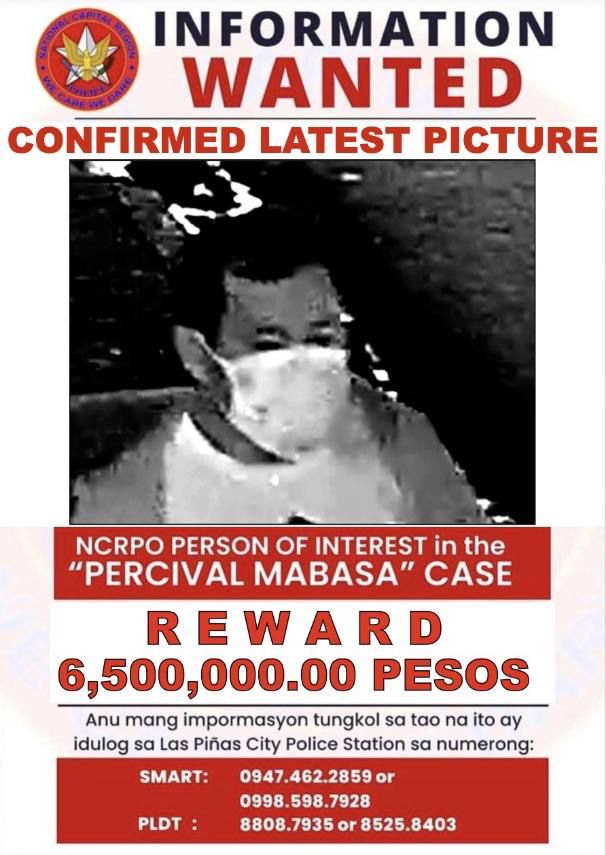 MANILA, Philippines — A new photo of the “person of interest” in the killing of veteran broadcaster Percy Lapid was released Monday by the National Capital Region Police Office (NCRPO), as the reward for the capture of the suspects has been increased to P6.5 million.

The second photo of the person of interest shows a the face of the individual although partially concealed with a face mask. Last Friday, the NCRPO released the first photo of the person – wearing white t-shirt and red jacket – while supposedly walking away from the crime scene.

Lapid, whose real name is Percival Mabasa and who was the radioman behind the show “Lapid Fire,” was killed in a fatal ambush on the night of October 3 at a gate of a Las Piñas City subdivision where he lived. He was reportedly on his way do an online broadcast when a suspect riding a motorcycle shot him dead almost simultaneously after an SUV bumped his car. The person driving the SUV is being considered an accomplice to the crime by the police.

The attack earned broad condemnation from former vice president Leni Robredo, the National Union of Journalists in the Philippines (NUJP), and Commission on Human Rights (CHR), among others. They stressed that journalists should be able to work without fearing for their lives.

The CHR has urged the government to quickly resolve the case, even as the Philippine National Police vowed to bring justice for the slain radioman.

Percy Lapid burial: ‘May his death be like the planting of a seed’