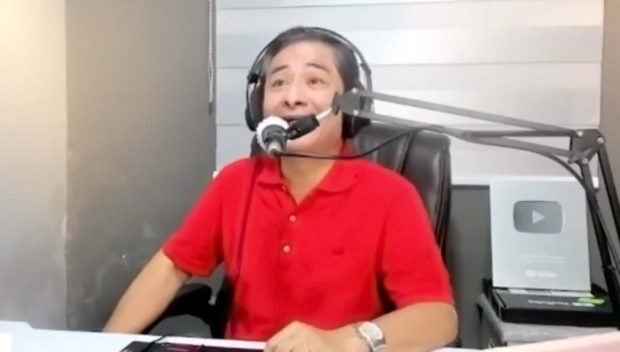 Percival Mabasa, who was popularly known as Percy Lapid, was killed in an ambush in Las Piñas on Monday night, October 3, 2022. Photo from his Facebook page

MANILA, Philippines — The reward for anyone who could provide crucial information on the killers of veteran radio broadcaster Percival Mabasa, also known as Percy Lapid, has now reached P1.5 million.

Interior Secretary Benjamin Abalos Jr. said this on Friday as he unveiled a photo of the person of interest tagged in Lapid’s murder.

(You know that we’ve already pledged a reward – P500,000 from me and P1 million from Alex Lopez, and many others have vowed to help as well.)

In a Facebook post on Wednesday, Lopez – a lawyer and businessman – said he was offering the reward to hasten the arrest of the radioman’s murderers.

Abalos, meanwhile, announced his reward in a visit to Lapid’s wake.

He likewise condemned the killing of Lapid, and assured the public that the government will make sure the slain journalist gets justice.

The slain broadcaster hosted Lapid Fire, a radio program aired on DWBL 1242. Lapid was known for his sharp commentaries.