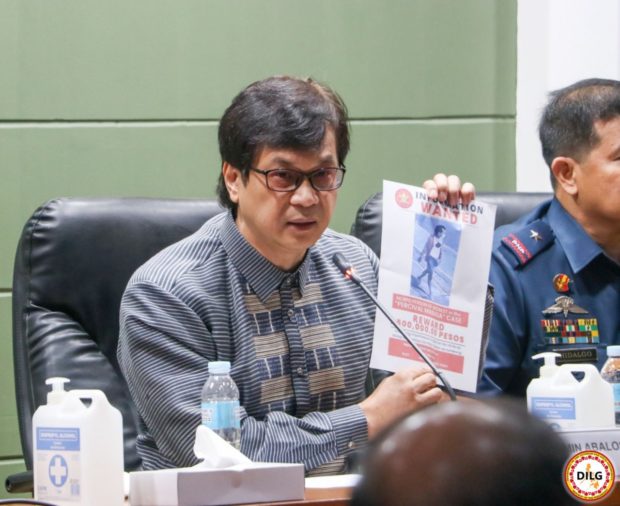 MANILA, Philippines — A photo of a ‘person of interest’ in the killing of veteran radio broadcaster Percival Mabasa, more popularly known as Percy Lapid, has been released by authorities.

Interior Secretary Benjamin Abalos Jr., in a news conference on Friday, presented a photo of Lapid’s suspected killer, which was extracted from the pool of CCTV footages obtained by authorities.

(A lot of people already know about you. They will report you to the police. So, I suggest you surrender. It’s important that you surrender, because if you think about it, those who ordered you to do this may do something bad to you.)

Abalos added that a total of P1.5 million reward has been raised to anyone who can provide crucial information on Lapid’s murder – P500,000 from him and P1 million from lawyer Alex Lopez. 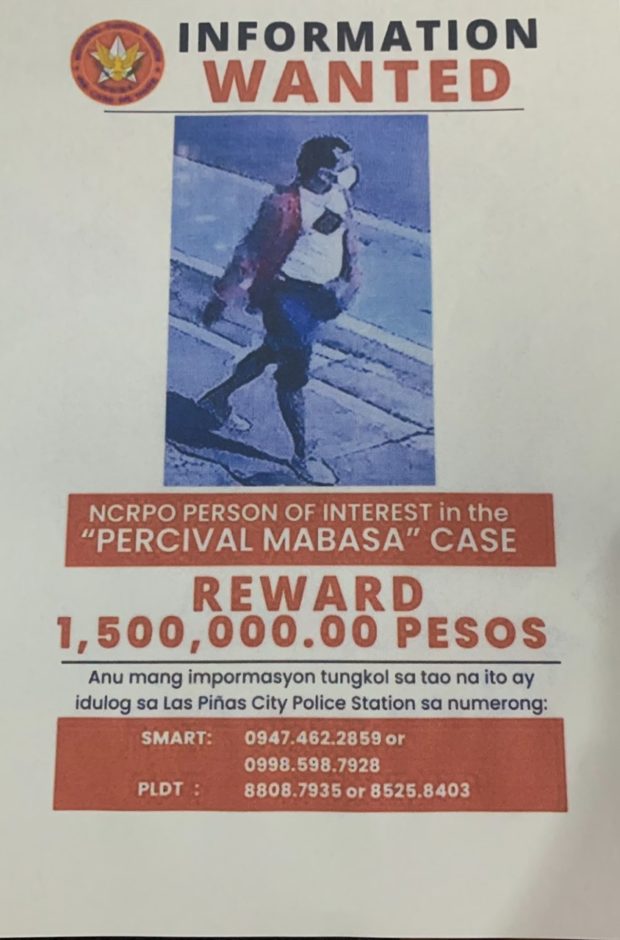 On Thursday, police said they were already combing through several CCTV footages, as well as Lapid’s mobile phone and a dashcam video from the victim’s vehicle in search of clues.

Lapid was gunned down by motorcycle-riding men at the gate of a Las Piñas City village on Monday night.

Lapid hosted a radio news program, “Lapid Fire” on DWBL 1242, where he was known for his hard-hitting criticisms of the government.

He is the second journalist killed under the Marcos administration, according to the National Union of Journalists of the Philippines.

The first was radio host Rey Blanco, who was stabbed to death in Negros Oriental last September.