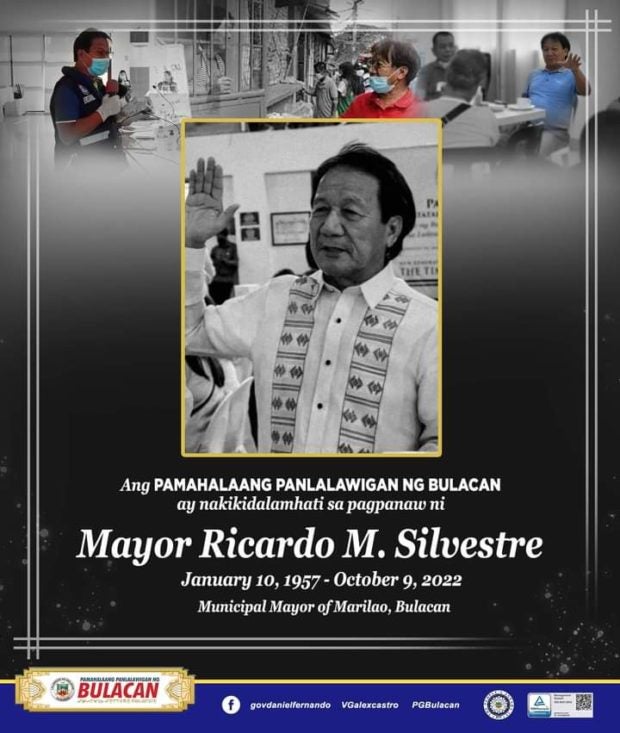 The Bulacan provincial government expresses sympathy for the death of Marilao Mayor Ricardo Silvestre, who was killed in a road accident in Clark Freeport on Sunday, October 9, 2022. (Photo courtesy of Bulacan government)

CITY OF MALOLOS — Mayor Ricardo Silvestre of Marilao town in Bulacan province was killed in a road accident on Sunday afternoon (October 9), authorities said. He was 65.

Silvestre was in the back seat of his white Toyota Land Cruiser that was driven by Rodel Alcantara when they figured in the accident in Clark Freeport.

Silvestre was also accompanied by his secretary, Karen Bonifacio, at the time of the accident.

Initial reports said the driver could have fallen asleep.

The three were taken to the Medical City Clark, where Silvestre passed away, according to Bulacan Gov. Daniel Fernando. INQ