Exposing wrongdoing: The uncertain fate of whistleblowers in PH 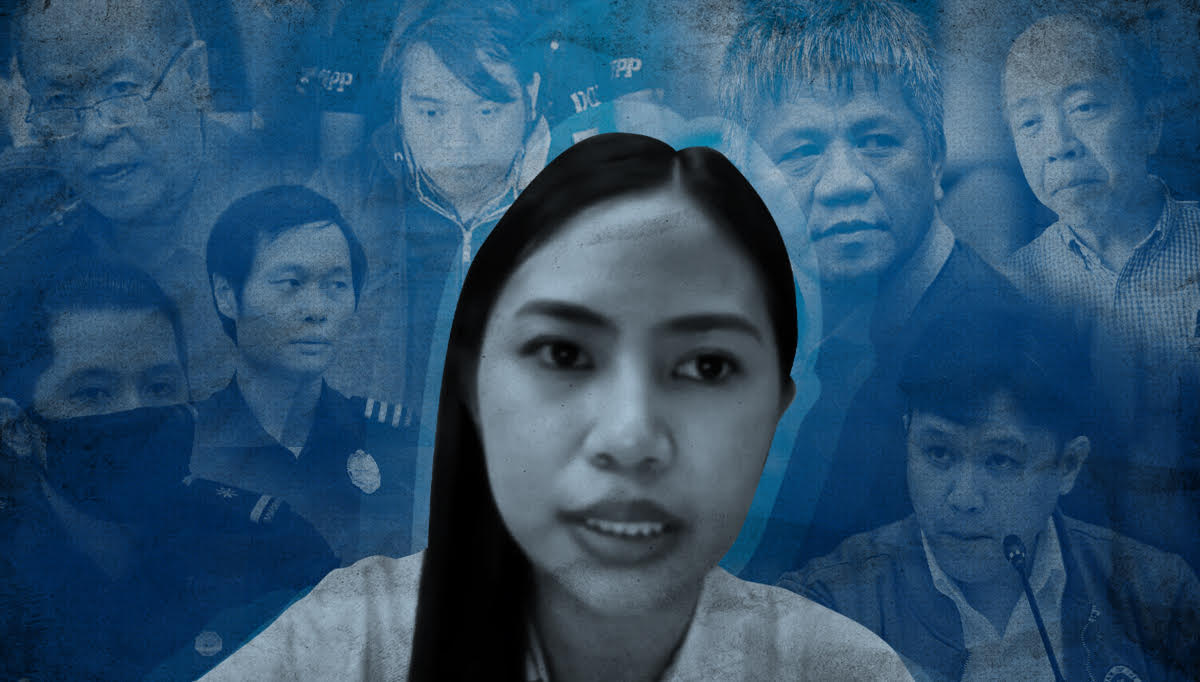 MANILA, Philippines—Through the years, the Philippines saw witnesses blow the lid off government wrongdoing and the different fates that befell them—death, disappearance or oblivion.

On Sept. 25, the latest to blow the whistle on massive corruption was Krizle Grace Mago, an executive of Pharmally Pharmaceuticals Corp., who admitted that the company swindled the government by selling damaged face shields with tampered dates of production, disappeared.

The day earlier, Sept. 24, she asked for time to decide whether to be placed under Senate protection.

The United Nations Office on Drugs and Crime said the essence of whistleblowing can’t be “overstated” because it was the “single most important way that could bring wrongdoing to light.”

READ: TIMELINE: Still no sign of Mago after damning testimony vs Pharmally

Lawyer Rodel Taton, dean of the Graduate School of Law of San Sebastian College-Recoletos, told INQUIRER.net that there can be “so many reasons as to how Mago went incommunicado.”

He said it was possible that she was fearful, pressured and went into hiding to avoid further testifying. “She knows how serious the implications of her testimony [are], especially against the company where she worked,” he said.

Justice Secretary Menardo Guevarra recently disclosed that the National Bureau of Investigation started tracking the location of Mago. The House of Representatives also issued a subpoena for her appearance.

Taton said lawmakers and the public can only “surmise on the reasons” for Mago’s disappearance, but it was certain that her testimony carried weight “it can be used to ferret out the truth.”

In the Philippines, Mago was not the first to give a damning revelation. While their fates differed, other whistleblowers’ exposés shed light on government wrongdoings—from killings to the siphoning of billions in public monies.

In October 2020, Ignacio attended a Senate investigation to shed light on the so-called “pastillas” scheme at the Bureau of Immigration (BI). He was one of 19 officials facing a graft case filed by the National Bureau of Investigation (NBI).

He identified Marc Red Mariñas, a former BI official, as one of the masterminds of the scheme, saying that he was the “ring leader”. Mariñas denied the allegation.

Ignacio also claimed that those charged by the NBI had a contact in the Ombudsman, implying that it was possible they would go scot-free.

Later, the Ombudsman suspended 45 BI officials in relation to the “pastillas” scheme, including Ignacio. Sen. Risa Hontiveros asked the Ombudsman to spare Ignacio, who already became a state witness.

Ignacio also applied for the DOJ’s Witness Protection Program (WPP) which seeks to encourage possible witnesses to testify before a court or quasi-judicial body “by protecting him from reprisals and from economic dislocation.”

In July 2020, Keith, an official of the Philippine Health Insurance Corp. (PhilHealth), resigned because of “widespread corruption”. He later testified in a Senate investigation.

He was the one who said that P15 billion in PhilHealth funds was “stolen” by a “syndicate” which consisted of the agency’s executive committee. He later named Health Secretary Francisco Duque III as the “godfather” of the “mafia”.

Duque denied the allegation, saying that it was “absolutely malicious and without basis.” “I do not wish to dignify that allegation,” he said.

In August 2020, Keith and two other witnesses—Alejandro Cabading and Etrobal Laborte—were granted immunity and security by the Senate. Later, the Senate also requested the DOJ to place the three in the WPP.

Keith’s revelations led to investigations and the creation of a group tasked by President Rodrigo Duterte with uncovering the extent of corruption in PhilHealth.

In February 2020, Hontiveros revealed that corrupt BI officials took bribes from Chinese individuals for hassle-free entry into the Philippines. Chiong testified that masterminds of the pastillas scheme amassed an estimated P40 million.

The scheme involved bribery of as little as P10,000 rolled like a wrapped pastillas, a local candy, in exchange for the unchecked entry of undocumented Chinese nationals.

Chiong, an immigration officer, testified in a Senate investigation and said that previous and present officials of the BI led groups which facilitated the arrival of Chinese individuals.

He said BI officials started the scheme to cope with a decrease in salaries, saying that those involved decided to offer “VIP services” and “convenient and seamless immigration.”

Chiong was placed in the WPP.

In October 2016, Lascañas, a police officer who was described by another witness, Edgar Matobato, as “like a brother” to the President, denied allegations of involvement in the Davao Death Squad (DDS) during a Senate investigation.

However, in February 2017, he retracted his denial and linked the President to the reported killings in Davao City, saying that “the existence of the DDS is real.”

He said the first members of the DDS were officers from the Philippine National Police (PNP) and the group also commissioned the services of former New People’s Army fighters.

With his confessions, the Senate again opened the investigation. However, in May 2017, the committee said the DDS “did not exist” and there was no proof of a government-sponsored policy to kill individuals with alleged links to illegal drugs.

In June 2017,  a court ordered his arrest for the series of attacks against broadcaster Jun Pala who was killed in 2003. It was last April 2017 when he left the Philippines for “safety”.

In September 2016, Matobato attended a Senate investigation and insisted that the Davao Death Squad (DDS), a vigilante group reportedly responsible for summary killings in Davao City, existed, saying he was part of the group.

He alleged that Duterte, then mayor of Davao City, instructed the group to kill people. He said it was Duterte himself who offered them the job: “Our work was to kill criminals. Those were the people we killed every day.”

However, Martin Andanar, head of the Presidential Communications Office, denied Matobato’s allegation, saying that he doesn’t think the President is capable of giving those orders.

He was not given government protection as then Senate President Koko Pimentel said he denied the request for protective custody because there is “no rule to justify it. There’s even no showing that his life or safety is threatened.”

In October 2016, he surrendered in Camp Crame in Quezon City as the Davao City Regional Trial Court (RTC) issued a warrant of arrest for a case of illegal possession of firearms that was filed against him in 2014.

Matobato, in March 2017, posted bail for a frustrated murder case that was filed against him at the Digos City RTC. It was also that time when the Panabo RTC issued a warrant of arrest for a kidnapping case. He’s been hiding since then.

It was in 2012 when Makilala, former assistant head of the Bureau of Corrections’ (BuCor) bids and awards committee, exposed alleged illegal activities – prostitution and corruption – inside the New Bilibid Prison (NBP).

Prior to this, he sought protection after alleging then BuCor chief Gaudencio Pangilinan was involved in wrongdoing inside the NBP, including irregularities in use of office resources and the special treatment of prominent prisoners.

In February 2017, Makilala, who has since been assigned to the Davao Penal Colony, was killed in Carmen, Davao del Norte while inside a bus. The killers fled and remain unidentified.

From December 2012 to March 2013, Luy, an employee of Janet Lim Napoles, who had been convicted of plunder,  illegally detained him to prevent him from exposing the theft of P10 billion in public funds coursed through lawmakers’ pork barrel.

In June 2014, the Ombudsman indicted Juan Ponce Enrile, Jinggoy Estrada, and Bong Revilla in relation to the scam. Revilla, however, was not convicted.

READ: Benhur Luy: ‘Why is the gov’t turning against us?’

The cases of Enrile and Estrada are still pending while Napoles was already convicted in several cases related to the scam.

In 2015, the Makati RTC convicted Napoles of illegally detaining Luy. The Court of Appeals (CA), however, reversed the decision, saying that “the quantum of proof required in this case has not been met.”

In February 2008, after declining an invitation from the Senate to testify on the $329 million national broadband network contract with Chinese company ZTE Corp., Lozada arrived in the Philippines.

He later claimed that people close to the administration of then President Gloria Macapagal-Arroyo had him kidnapped to prevent him from becoming a witness.

Lozada filed a petition for a writ of amparo related to the alleged kidnapping, but the Court of Appeals did not grant it, saying that he does not need protection because government forces did not attempt to have him kidnapped.

Back then, he alleged that then First Gentleman Jose Miguel Arroyo, former Commission on Elections head Benjamin Abalos, and former government officials took bribes from Chinese officials for the deal.

In May 2005, the late Lingayen-Dagupan Archbishop Oscar Cruz presented Mayor, a confessed jueteng operator, as a witness in a Senate investigation.

Mayor said he bribed then Pampanga representative and son of then President Gloria Macapagal Arroyo, Juan Miguel Arroyo, three congressmen, and the chief of the PNP. They denied the allegations.

In February 2010, Mayor was killed in Pasay City by motorcycle-riding gunmen. He was declared dead on arrival at the San Juan de Dios Hospital.

The Catholic Bishops’ Conference of the Philippines said Mayor, his son-in-law Alan Castro, and his nephew Rommel Mayor were on their way home when the attack transpired in Pasay City.

The head of the Media Advisory Council of the Marcos dictatorship in the 1970s, Mijares was privy to the inside workings of the Marcos regime. He wrote the book “The Conjugal Dictatorship” about how the Marcos couple abused their power and stole public funds.

It was said that despite Marcos’ bribe offer of $100,000, Mijares testified at the United States House subcommittee on international organizations, which heard cases of human rights violations in Korea and the Philippines.

In 1977, he returned to the Philippines. He was last seen boarding a flight home with a known Marcos intelligence agent but had never been heard from since. The body of his youngest son was later found in Antipolo with signs of severe torture.

In the Philippines, Republic Act 6981 or the Witness Protection Security and Benefit Act seeks to “encourage a person who has witnessed or has knowledge of the commission of a crime to testify before a court or quasi-judicial body, or before an investigating authority, by protecting him from reprisals and from economic dislocation.”

The DOJ said the following can be admitted into the program:

An applicant, however, will not be allowed admission in the program if:

The Office of the High Commissioner on Human Rights had said “international instruments recognize the importance of whistleblowers and require or encourage states to adopt measures to protect disclosure.”