Benhur Luy: ‘Why is the gov’t turning against us?’ | Inquirer News
Close
menu
search

Benhur Luy: ‘Why is the gov’t turning against us?’ 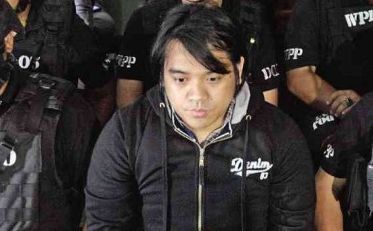 Benhur Luy is now agonizing over a shocking development on Janet Napoles case.

Why is the gov’t turning against us?

Benhur Luy, the principal whistleblower in the pork barrel scam, has this to say after the Office of the Solicitor General sought the Court of Appeals to acquit alleged mastermind Janet Lim-Napoles from serious illegal detention case.

Napoles was convicted of the crime of serious illegal detention and sentenced to life imprisonment for detaining Luy in a bid to prevent him from exposing the alleged scam of channeling lawmakers’ Priority Development Assistance Funds into ghost projects for kickbacks.

A source from the prosecution privy to Luy’s whereabouts was able to talk to Luy a few weeks back about word that the government solicitor general is moving for Napoles’ acquittal and release. Napoles is serving life sentence at the Correctional Institution for Women in Mandaluyong.

When reports came out Wednesday that the Solicitor General Jose C. Calida filed a manifestation in lieu of rejoinder to the appellate court recommending the acquittal of Napoles, Luy reached out to the source and expressed dismay that the government seems not interested in protecting him anymore, the source told the Inquirer.

Luy is under witness protection as a key witness in the plunder cases before the Sandiganbayan against former senators Ramon Revilla Jr., Jinggoy Estrada and Juan Ponce Enrile.

(He said he was dismayed that the government is going to the reverse way. They are getting worried.)

Luy was Napoles’ finance officer who recorded on his ledger the lawmakers who allegedly pocketed commissions from the scam.

The Philippine Center for Investigative Journalism released the report, noting the close ties of Napoles’ lawyers Stephen and Lanee David to President Rodrigo Duterte himself.

David’s wife Lanee is appointed by Duterte as deputy commissioner at the Bureau of Internal Revenue.