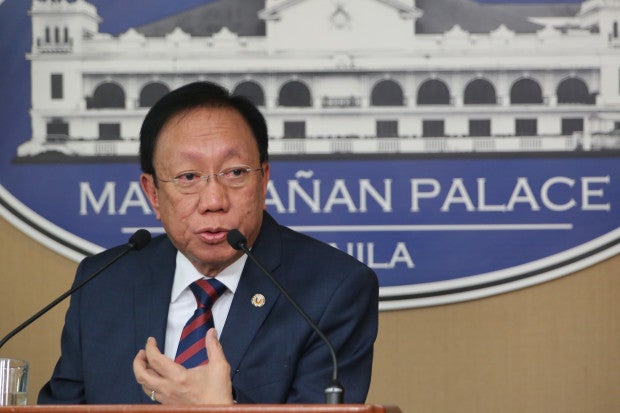 Aside from being colleagues in the legal profession, Solicitor General Jose C. Calida and the lawyers of Janet Lim Napoles have one other important thing in common: They are supporters of President Rodrigo Duterte.

In fact, just two weeks after he was sworn in as the country’s chief executive, Duterte appointed one of them, Lanee Cui-David, as a deputy commissioner at the Bureau of Internal Revenue (BIR).

In 2003, Cui-David and husband Stephen founded the David, Cui-David, Buenaventura and Ang Offices, the law firm that Napoles hired in 2014 to defend her in her pork barrel cases at the Sandiganbayan, as well as in her tax evasion cases at the Court of Tax Appeals.

Graduates of the San Beda College of Law, Duterte’s alma mater, the Davids are the chief legal counsels of Napoles and her children Jo Christine and James Christopher, who are also respondents in the Sandiganbayan cases.

Cui-David has said that she will pull out of the Napoles tax cases, on account of her appointment at the BIR, but that her husband would continue to represent Napoles in the Sandiganbayan cases.
Bruce V. Rivera, another Napoles lawyer in the illegal detention case, is also a known Duterte supporter. A graduate of the San Beda law school as well, Rivera is among the President’s staunchest defenders online. Until early 2016, Rivera was a faculty member and Prefect of Student Affairs at the San Beda Alabang College of Law.

In March 2016, Rivera explained on his Facebook page and in news media reports why he decided to support Duterte: “Digong is not a traditional politician. He does not know how to hide anger, feign malice and throw mud in the dark. This should not be our game. We are novices in character assassination while our opponents have mastered the art of deceit and [have] money to hire the brightest legal minds to make strategic plans of attack… Believe me, they will run out of mud but Duterte will still have so much good stuff to offer.”

According to Rivera, a Cebuano, “if we take out the factor of money, protection of status quo, personal interests, filial piety and regionalistic bias, he is the best person for the job.”

Rivera defends Duterte with gusto, and he heaps curses at Duterte critics and bashers with even more gusto.

In November 2016, netizens who called Duterte a “pasang awa” lawyer or one who barely made the grade, got this rebuke from Rivera: “Kaya nakakainis sa mga hinayupak na magsabing pasang-awa lawyer si PRRD. Lalong lalo na kung di ka lawyer, p****g-i**, maging abogado ka muna. Tignan natin kung makakapagsabi ka ba ng bopols.” (That’s why the idiots who say PRRD is a lawyer who barely passed are infuriating. Especially if you’re not a lawyer, son of a b****, become a lawyer first. Then let’s see if you can still say he is a nitwit.)“

Duterte has admitted he got barely passing grades in school but, Rivera wrote, law students know this was difficult enough to achieve.

Calida, meanwhile, is a product of Ateneo de Davao and the Ateneo de Manila Law School. But he is a close friend of Duterte, for whom he acted as a presidential campaign manager in the last elections. Last May, he even posted on his Facebook page a fawning profile of his candidate titled “Mayor Rodrigo Roa Duterte: A Profile of Courage and Compassion,” addressing it to ALDuB or Alyansang Duterte-BongBong.

Born in Nuevo Iloco, Davao (now Mawab, Compostela Valley), Calida, like Duterte, has come a long way from his provincial roots. Indeed, his connections and circumstances make for a multi-colored mosaic.

For instance: He co-led the charter change campaign under President Fidel V. Ramos, as well as served as a member of the prosecution team during the Senate impeachment trial of President Joseph Estrada. He was also an undersecretary of justice under Gloria Macapagal-Arroyo, and at some point the executive director of the Dangerous Drugs Board.

A member of the Jesus is Lord Movement of defeated presidential candidate Eddie Villanueva, Calida co-founded the party-list group Citizens’ Battle Against Corruption.

Along the way, he organized the J. Calida and Associates law firm and taught at the Ateneo de Davao Law School. In addition, he has been involved in several companies either as a corporate officer or lawyer. He was, for example, senior vice president and general counsel of Prudential Guarantee and Assurance, Inc. (Coyiuto Group of Companies); chairman and president of Vigilant Investigative and Security Agency, Inc.; general counsel of the Philippine Association of Detective and Protective Agency Operators, Inc.; chief legal counsel and corporate secretary of C. Alcantara & Sons (ALSONS) Group of Companies in Davao City; and assistant vice president for Legal and head, Litigation Group, of Security Bank.

As president and chairman of the Vigilant Investigative and Security Agency, Calida secured a contract with the Philippine Amusement and Gaming Corporation or PAGCOR, and later became a lawyer for its former chairman, Ephraim Genuino. In 2014, he represented Genuino’s Mega Data Corporation in a case before the Professional Regulations Commission regarding the supply of pre-printed ID cards and consumables.

A gun enthusiast and sharpshooter, Calida obtained the highest grade of 100 percent in criminal law in the 1973 bar exams.

But the OSG may not be Calida’s final target when it comes to government posts for him to occupy. In 2011, when the Judicial and Bar Council launched a search for a new Ombudsman, Calida was a nominee. His endorsers: Rodrigo R. Duterte, vice mayor of Davao City; and Charlie A.V. Gorayeb, national president, Chamber of Real Estate & Builders’ Association.

Sources in the bench and bar say that to this day, Calida remains a strong contender and aspirant to succeed Ombudsman Conchita Carpio-Morales, whose term ends in mid-2018. – PCIJ, February 2017