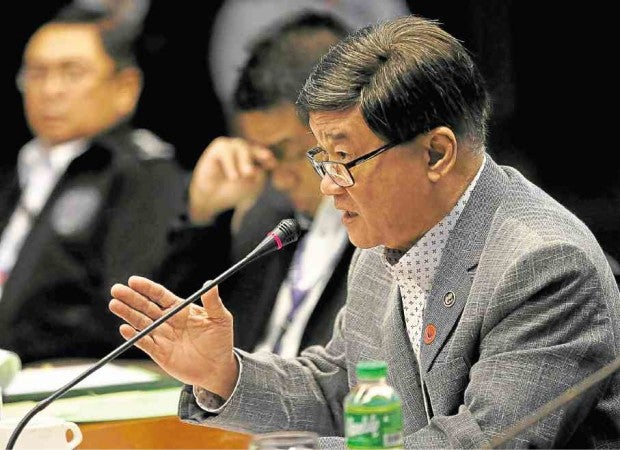 Aguirre clarified this even as he reiterated that he had not ordered anyone to give high profile inmates detained at the Armed Forces of the Philippines’ custodial center in Camp Aguinaldo special privileges as reported in the media.

(I don’t think putting air-cons is a special privilege. I did not initially order the rooms to have air-con units, but it was so hot for the inmates at the AFP detention center, that the blood pressure of the inmates would shoot up to 235.)

(The SAF guards told me, “Sec., if we do not something about the situation, two of them would die.” It just so happened that I was informed that there were five inmates whose blood pressure would shoot up. I don’t think you could fault me for that.)

But Aguirre said he had no idea that the inmates were given air-con units if the report was true.

The Justice Secretary then turned the table at his predecessor, Senator Leila de Lima, who first reported to the media about the special privileges that he had allegedly ordered for inmates, who had testified against her at the House of Representatives.

Several convicted prisoners had testified against De Lima for alleged involvement in the proliferation of illegal drugs at the New Bilbid Prison when she was still Justice Secretary.

Aguirre noted that the custodial center in Camp Crame was so small compared to the so-called “kubol” at the Bilibid during De Lima’s time.

“I was told also by the high-profile inmates that even when the Bilibid 19 was transferred to the NBI (National Bureau of Investigation), Secretary De Lima immediately ordered big air-conditioning units, dalawa (two), upon the request of Peter Co; because of that, napakalamig daw nu’ng cell sa NBI (it was really cold at the NBI cell),” Aguirre said. IDL