QC drug addicts, pushers back to business after ‘tokhang’ suspension 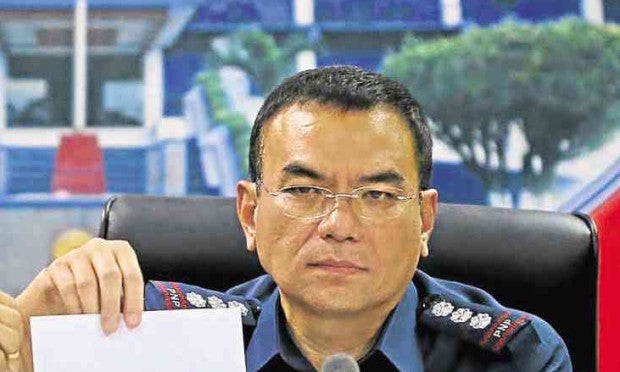 “Actually we received reports from the ground na nagbabalikan sila sa paggamit at pagbenta ng droga kasi alam nila (that they returned to using and selling drugs because they know) we are prevented from engaging in planned police operations,” Eleazar said during the Pandesal Forum at the Kamuning Bakery.

President Duterte decided to stop his administration’s brutal war against drugs after some antinarcotics policemen got involved in the brazen killing of South Korean businessman Jee Ick-joo inside the PNP headquarters at Camp Crame last October.

Tokhang, the knock and plead strategy to ask drug users and pushers to surrender and mend their ways, is under the PNP’s anti-drug drive “Oplan Double Barrel.” It was suspended last January.

“But just the same nakakapag-responde kami sa mga (we are responding to) ongoing drug session. Through plain view naga-arrest kami (we conduct arrests),” he said.

Within the span of six months, Eleazar said the QCPD’s intensive drug drive resulted in a significant decrease of 45 percent in the index crimes in the city.

He said he hopes the President would lift the temporary suspension of the drug operations so they can prevent users and peddlers from returning to the drug business.

“Actually, setback ito (This is is a setback). We’re expecting buhay ulit ‘yang mga addicts (the addicts will be back to business). Kaya we are hoping that this temporary suspension will be lifted very soon so that makabalik tayo sa operations (we could resume our operations),” the police official said.

President Duterte’s directive indicated that only the Philippine Drug Enforcement Agency can conduct antinarcotics operations while the suspension is still in effect.