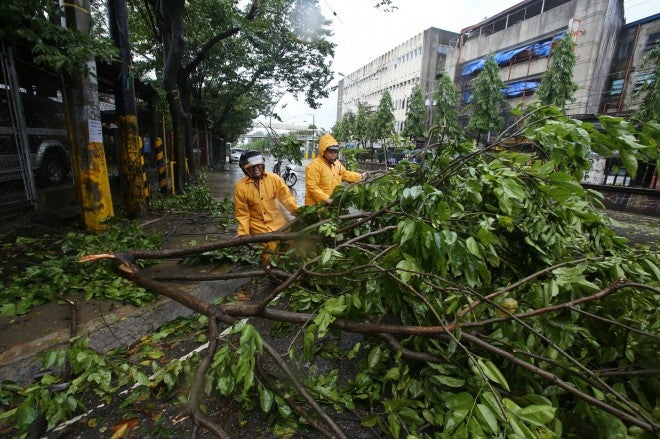 MANILA, Philippines — “They are also victims of the devastation (of “supertyphoon Yolanda,” international name Haiyan) and yet they are taking part in the Department of Public Works and Highways’ road and bridge clearing operations in Tacloban City and other parts of Leyte province.”

Public Works and Highways Secretary Rogelio Singson was referring on Monday to an undisclosed number of DPWH personnel in Eastern Visayas that was devastated by last week’s weather disturbance.

In a statement, the DPWH head said field personnel from Bicol and other regions would “assist in the clearing operations in Leyte and Samar areas littered with fallen electric posts, trees and other debris brought about by the supertyphoon.”

“Our teams from other DPWH regional and district engineering offices have been directed to restore immediately the flow of traffic, especially along the Daang Maharlika or the Pan-Philippine Highway,” he also said.

According to Singson, the teams “have to immediately clear the roads to facilitate rescue and quick response operations by concerned government agencies.”

The DPWH head office in Manila is “also sending teams of engineers to assess the damage on national roads and bridges in the Visayas, as well as oversee the construction of bunkhouses and temporary shelters for typhoon victims.”

The same teams were responsible for putting up the tent cities in Davao Oriental and other parts of Mindanao that were hit by typhoon “Pablo” in December and temporary shelters for the victims of flash floods that killed over 1,200 people in Cagayan de Oro and Iligan cities in December 2011.

President Aquino directed the DPWH, on Sunday, to consult officials of local government units in Leyte and Samar on possible resettlement sites for typhoon victims.

“They brought with them chainsaws and heavy equipment, such as dump trucks and payloaders that are needed for the road and bridge clearing operations,” she also said.

Meanwhile, Singson also reported that “Yolanda” had damaged the San Roque bridge in Palo, Leyte, and Suage bridge along the Iloilo-Capiz road.

Both bridges have been “closed to vehicular traffic,” he added.