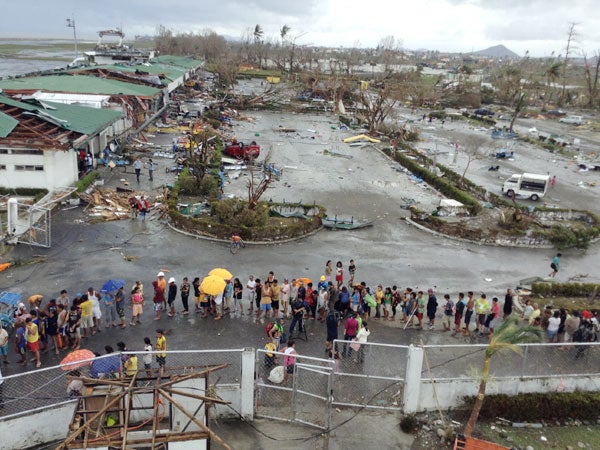 MANILA, Philippines – Following reports of looting in Tacloban City, Leyte by victims of supertyphoon “Yolanda,” authorities on Sunday will send an additional 120 police officers to the city, Radyo Inquirer 990AM said.

The report said Philippine National Police Director General Alan Purisima will lead the group of 120 policemen from Metro Manila and Central Visayas to prevent looting and restore peace and order in the devastated city of Tacloban.

Purisima said the officers were part of the 150-strong contingent earlier deployed to Eastern Visayas.

Media reports said looting was widespread in the city as typhoon victims search for food and water. Relief goods have yet to reach some of the communities, especially with the roads blocked by fallen trees and debris.

One news broadcast showed residents taking food and other items from a local mall.

Tacloban is among the hardest-hit areas by what is now considered the world’s strongest storm of the year. Officials said the city was in “total devastation” with at least 72 people found dead.