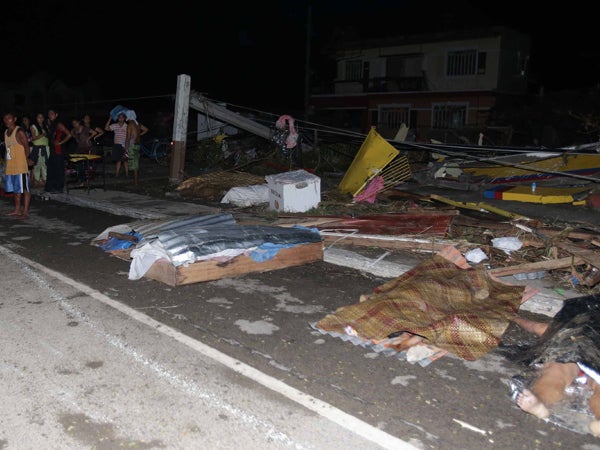 MANILA, Philippines—The number of people affected by Supertyphoon Yolanda has passed the nine million mark, the Department of Social Welfare and Development said Monday as it continued to collate data on the extent of the calamity the typhoon left in its wake.

In its report released Monday, the DSWD said that the 9.53 million affected persons comprised 2 million families as reported by local government units in the various regions affected by the strongest typhoon to hit the country this year.

The DSWD said it has sent P10.6 million in relief goods  to the Bicol region, Western Visayas, Central  Visayas, Northern Mindanao, and northeastern Mindanao or Caraga.

In Tacloban City, the DSWD said, it has set up in coordination with the local government,  a satellite Internet service at the city hall to enable the public to communicate with their relatives.

Social Welfare and Development Secretary Corazon Juliano-Soliman, who personally led the distribution of relief goods in Tacloban on Monday, bewailed the lack of communication and transportation to move the goods to the affected communities.

“The relief operations are hampered by lack of communication and inaccessibility of the worst-hit towns, cities and barangays, but we from DSWD and other government agencies are doing our best to reach the affected population,” Soliman said in a statement issued by her office.

Soliman thanked the 1,906 volunteers who have been helping repack relief goods at the DSWD’s National Resource Operations Center since last Thursday.

“We are expecting more volunteers during the weekend when there is no work or school. Some are regular volunteers who have been helping out at NROC every time there is a disaster,” she said.

According to Soliman, the repacking of relief goods at the NROC goes on 24 hours a day with crews working on shifts. Individuals or groups who are interested to volunteer may call telephone numbers 851-2681 and 511-1259.

Volunteers in the Visayas may go to the DSWD Field Offices in Iloilo and Cebu, preferably during daytime, she said.