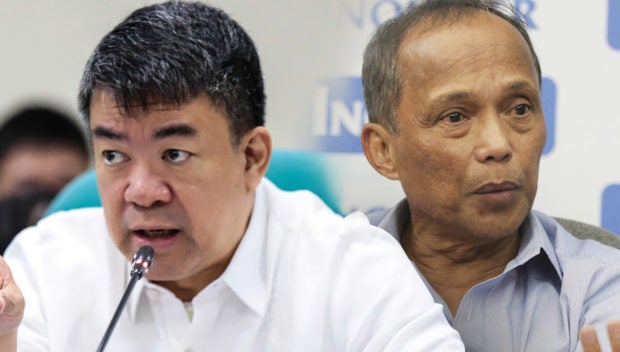 In his speech at the 7th Manila Forum for China-Philippines Relations on Friday in Parañaque City, Pimentel was congratulating the Communist Party of China (CPC) for holding their 20th National People’s Congress when he paused for a while — as he does not know whether Cusi would agree that he is speaking as a PDP-Laban official.

Cusi was also invited to the said forum.

“I have started the close relations with the CPC, we have exchanged not less than four delegations, we have attended not less than five to six conferences, physical and online upon the invitation of the CPC,” he added.

Despite the confusion as to which side of the PDP-Laban is the legitimate camp, Pimentel said that he hopes his party would continue to be of help in strengthening Philippine-China relations.

“So in short, the PDP-Laban has done its share in also promoting closer bilateral relations between Philippines and the People’s Republic of China, and much closer people-to-people relations,” Pimentel said.

“So I hope that with the new direction of the CPC after their Congress, the PDP-Laban, my political party, will still be there to do our share, our role, our specific role also in strengthening Philippines-China relations,” he added.

After his speech, Pimentel went down and posed for some photos with Cusi.  Former president and now Senior Deputy Speaker Gloria Macapagal Arroyo can be seen talking and joking with the two officials.

Pimentel and Cusi sat beside each other during the dinner, and were seen talking.

It is unclear if this is the first time that the two PDP-Laban officials met in person, but the two figures traded barbs in 2021 when the party’s direction was split.  Pimentel’s faction supported the presidential bid of former senator Manny Pacquiao, while Cusi’s side backed eventual winner President Ferdinand Marcos Jr.

Pimentel said last December 2021 he and Pacquiao started a program for PDP-Laban members “misled” by Cusi to return to the supposedly original wing.  The incumbent Senator also urged Cusi to just form his own party, and call it “ihip ng hangin” (by the blow of the wind).

Marcos Sr., who ruled for almost two decades, is the father of the incumbent President.  He was toppled by a peaceful revolution led by Aquino’s wife, former president Corazon Aquino.

Despite Pimentel’s tirades, the Commission on Elections last May said that the Cusi wing is the legitimate PDP-Laban — leading the other side to contest the decision.