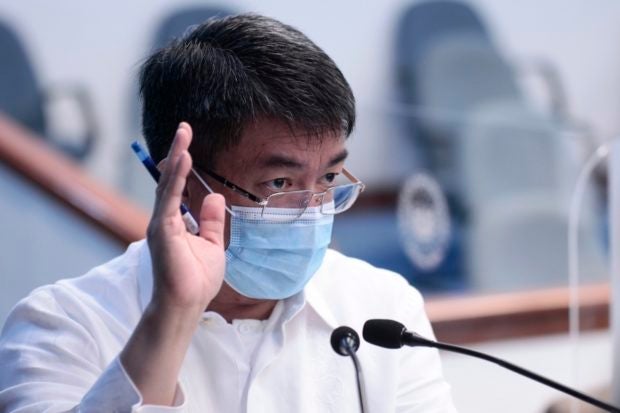 The program, however, will not be open to leaders of the faction led by Energy Secretary Alfonso Cusi, according to Pimentel.

(We will have a “Balik PDP-Laban Program” for those who felt misled. But this will not be open to leaders of the power-grabber and breakaway group.)

(It is for those who were misled and made wrong decisions because they were promised something and followed their leaders. We have a “Balik PDP-Laban Program for them.”)

Pimentel said those who want to return to the “real” PDP-Laban should write to their headquarters in order to apply for the program.

(This is for those who were issued CONA from PDP-Laban so their candidacy will be legitimized. They will undergo the right process. We will fix whatever we can.)

The ruling party has been split into two factions: the one led by Cusi that supports Senator Christopher “Bong” Go’s candidacy for president; and the other led by Pimentel and Pacquiao which supports the candidacy of the boxing champion-turned-senator.

However, Go recently announced he is withdrawing from the presidential race, saying it is “not yet [his] time.”