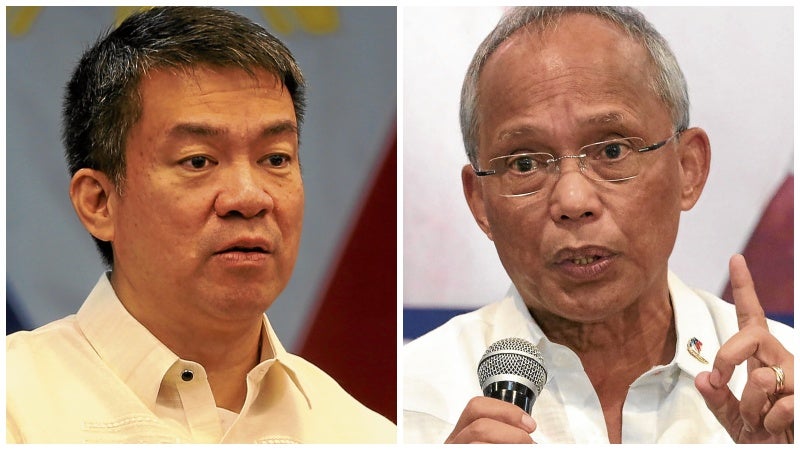 MANILA, Philippines — The faction of Senator Aquilino “Koko” Pimentel III, whose father Nene Pimentel was the founder of the ruling PDP-Laban party, will contest the decision of the Commission on Elections (Comelec) to recognize the wing led by Energy Sec. Alfonso Cusi as the “true and official members” of the party.

The Comelec has ruled in favor of the Cusi wing in its petition to declare as “illegitimate” the PDP-Laban faction led by Senators Pimentel and Senator Manny Pacquiao, who is currently running for president.

“The decision is not immediately executory. We will file a motion for reconsideration as a matter of right within 5 days from receipt of copy of Decision, “ Pimentel said in a statement on Friday.

He argued that the petition of the Cusi wing to declare the Pimentel faction as “illegitimate” PDP-Laban was “fatally defective” saying it was only filed for and on behalf of a political party “without any board resolution authorizing its filings.”

“Ang luwag naman ng Comelec kay Sec. Cusi pagdating sa requirements! Sec. Cusi and company had no authority to file the petition and yet it was entertained by Comelec? What happened to all the requirements other petitioners before the Comelec are required to comply with?” Pimentel raised.

He added that they will ask the Comelec why it referred the petition to a division without informing the Pimentel wing members, even though they are a party to the case.

“Those of us who have known only one political party, the PDP LABAN, and have been with PDP LABAN for 40 long years will now be separated from our party because of Sec Cusi who joined the party 5 years ago and his group of people who are outsiders and strangers to the party?” Pimentel said.

“Ayaw nga namin maging mga turncoats kaya nga 40 years na kami sa PDP LABAN. Ayaw namin ng palipat lipat ng partido. It is Comelec which will force us to transfer to another party against our will and against our party rules?” he added.

(We didn’t want to be turncoats that’s why we stayed for 40 years in PDP-Laban. We did not want to keep on changing parties. It is Comelec which will force us to transfer to another party against our will and against our party rules?)

“This issue should not be a case of ‘paramihan.’ Paramihan, pero mga fake members naman! This case is an issue of following rules: following the PDP LABAN constitution; following Comelec rules of procedure,” the senator continued.

(This should not be the a case of numbers especially when they are fake members.)

He added that only legitimate party members should be allowed to resolve this issue, not “outsiders and complete strangers.”