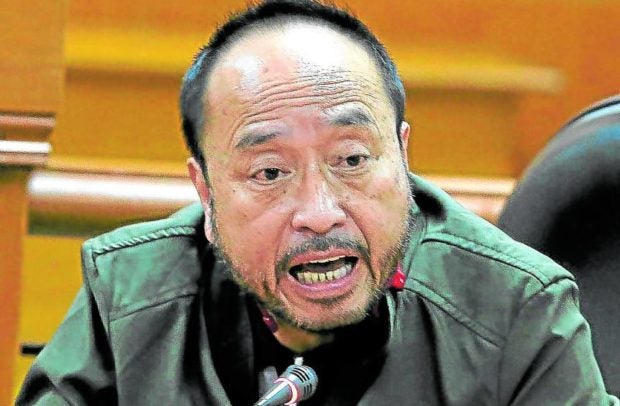 MANILA, Philippines — The members of the Commission on Elections (Comelec) should disown the public threat made by Commissioner Rey Bulay if they want to maintain Filipino voters’ trust in the elections two weeks from now, officials said on Sunday.

ACT Teachers Rep. France Castro was referring to Bulay’s remark of sending the military to arrest the poll body’s critics amid mounting criticisms of Comelec’s actions or inactions.

Bulay made the remark in a press conference that Commissioner Socorro Inting, the most senior in the seven-member poll body, convened to call out the alumni association of the Asian Institute of Management for questioning the commission’s impartiality.

But, Castro said, Bulay’s remarks were equally uncalled for and the six other election commissioners should categorically disown the “outburst” because it raises several controversial legal issues only days before Election Day.

“Citizens, either by themselves or through their organizations, are completely within their rights to appeal or call for the holding of orderly, peaceful and credible elections,” Castro said in a statement on Sunday.

The lawmaker also cautioned the poll body from interpreting such calls or criticism as being intended to “sow distrust in the integrity of the Comelec” or “subtly condition the minds” of voters.

“No commissioner should be onion-skinned and get angry over such appeals from the public, much less threaten to sic the military on citizens who are just exercising their rights,” Castro said.

Castro urged the other election commissioners to immediately disown Bulay’s statement, if he will not retract it, because it was “prior restraint of free speech and expression … and constricts the already-shrinking democratic space in the country.”

But Sen. Leila de Lima, who — like Bulay — also went to the San Beda College law school, slammed the election commissioner for his undemocratic remarks and ignorance of the law.

‘Ignorance of the law’

“What kind of people and lawyers are in office now? The lack of respect for the Constitution is disturbing, to say the least,” said De Lima, a noted election lawyer before being named justice secretary in 2010.

In a statement from Camp Crame where she is detained while under trial for drug trafficking, De Lima said Bulay exposed his ignorance of the limits of his powers as elections commissioner.

“Under the Constitution, the only time the [Armed Forces of the Philippines] is allowed to exercise the law enforcement powers of the [Philippine National Police], like arresting people, is when the commander in chief (the President) calls out the AFP to suppress lawless violence,” De Lima said.

“Neither Bulay nor the Comelec is the commander in chief. Not even during elections. The Comelec’s deputization power during elections certainly does not include the power to use the AFP in stifling criticisms and suppressing free speech,” she said.

“It is particularly worrisome that a sitting Comelec commissioner is entirely ignorant of the limits of the Comelec’s powers over the AFP during elections as to usurp even the command powers of the President and use the AFP to bully the people,” she said.

“It is doubly worrisome that none of the Commissioners present with him at the Comelec press con yesterday even bothered to correct him,” she added.

Read Next
Regenerate tourism: Do it like Masungi
EDITORS' PICK
The Best Tech Gifts For The 2022 Holidays
Marcos urges Filipinos to be like Bonifacio: honest, patriotic
The vivo Y16 makes the season of giving more thoughtful for the whole family
18,529 out of 24,903 pass nursing board exam
House energy committee chair Arroyo bats for cheap electricity
Egg prices rise due to bird flu, increased holiday demand | #INQToday
MOST READ
Mel Tiangco on co-anchor Mike Enriquez’s condition, ‘rivalry’ with Korina Sanchez
LOOK: Vina Morales goes to Boracay with mystery man
Marcos urges Filipinos to be like Bonifacio: honest, patriotic
Jack Ma living in Japan after China tech crackdown: FT
Don't miss out on the latest news and information.