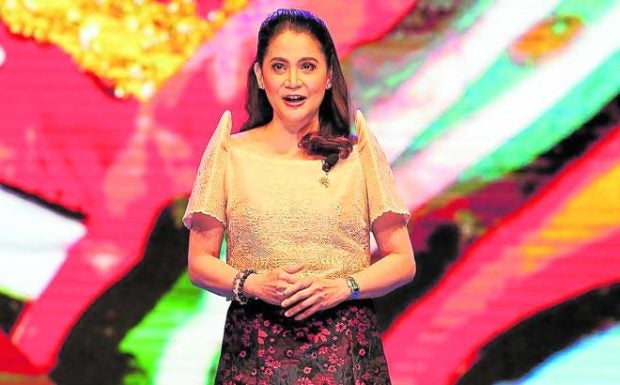 MANILA, Philippines — The government aims to attract more tourists in destinations that promote “regenerative tourism,” its tourism chief said, describing that thrust as an endeavor “to leave a destination in a better state than it was before.”

Speaking at the 21st World Travel and Tourism Council (WTTC) Global Summit which ended on Friday, Tourism Secretary Bernadette Romulo Puyat said there has been a shift in tourist behavior and preference since the COVID-19 pandemic.

This, she said, has guided the goal among the government and other stakeholders concerned toward regenerative tourism.

“In the surveys conducted by the DOT (Department of Tourism) during the pandemic, we found out that tourists prefer outdoor, less-crowded and open-air spaces. Tourists are also looking for more personal, immersive and meaningful experiences when visiting a destination,” Puyat said.

She noted that among the top considerations for tourists are health, hygiene and the safety of a destination—as well as “a growing appreciation for places that champion sustainable tourism.”

As defined by the World Tourism Organization of the United Nations, sustainable tourism “takes full account of its current and future economic, social and environmental impacts, addressing the needs of visitors, the industry, the environment and host communities.”

Regenerative tourism — which has become a byword in discussions on the impact of travel and tourism on communities and the environment — is a further step from sustainable tourism.

According to one definition by the Center for the Promotion of Imports, an agency of the Ministry of Foreign Affairs of the Netherlands, regenerative tourism aims “to improve the local community using tourism as a tool.

“By satisfying the primary needs of the community, regenerative tourism contributes to the quality of life of local people. It helps communities and tourism sites continuously renew themselves,” the center said.

The hybrid three-day WTTC conference in Pasay City, which had the theme “Rediscovering Travel,” gathered some 1,200 local and foreign attendees, including business leaders, government officials and other stakeholders in the tourism industry, apart from online participants.

Among the speakers were Masungi Georeserve trustees Ann and Billie Dumaliang, who shared their insights about sustaining regenerative travel, as regenerative tourism is also called.

The Masungi Georeserve is a leading tourist destination and an award-winning conservation initiative in Rizal province, dedicated to preserving the 60-million-year-old limestone pinnacle karst formations and endemic biodiversity there.

The site is also known for its viewing decks, bridges and rope courses and huge spiderweb-like-hammocks amid the surrounding rainforest.

“When we talk about regenerative tourism, …we tend to forget we need to localize our approach and that means getting to know the places that we move in, understanding the geographical nature of the destinations we belong to, and through that recreating designs, development, ways of interacting with it that would sustain and protect and strengthen this interdependence that we have in the ecosystem that we exist in,” she said.

“Regenerative tourism really is a change in mindset, a paradigm shift from tourism that leaves no trace to tourism [and leaves] things better than they were before,” added Billie Dumaliang.

Initially a 430-hectare project, the Masungi Georeserve has since been expanded to include the restoration of about 3,000 hectares of degraded forests in partnership with the national government.

“[Conservation] wasn’t the original plan, …but we knew that if we don’t restore the watershed around us, we could lose water. If we don’t protect the area from destructive industries, the entire landscape and the communities will suffer. It becomes the inherent and logical thing for us to promote regenerative tourism and use tourism to solve the issues and pressing problems of our community,” Billie said.

Ann said important lessons can be learned even with the small things.

“For instance, among the rules that we have is to care for the snails that… in our sanctuary, caring for the rocks,” she said, adding that looking after everything in the conservation area has changed a great deal of their approach to design and development.

Billie said there are no trash bins in Masungi except in the toilets.

“When you go to a destination, do not bring more things. Do not burden the destination with more waste and [instead] help them be able to sustain themselves,” she said.

Sustainability still remained a prevalent theme in this conference. Puyat herself pointed out that “With nature revisited, and sustainability reinforced, we move for the normalization of standards we have put in place for a safe, seamless, responsible, and fun travel.”

But she also said “tourism can be an important tool for nature’s regeneration.”

WTTC President and CEO Julia Simpson said: “We still have work to do to bring down postpandemic barriers, open economies, and harmonize health data for seamless travel. Sustainability hasn’t just been an item on this agenda, it’s been a major theme of the summit.”

Nevertheless the outlook for tourism in the Philippines appears bright, going by the WTTC’s projection in its latest Economic Impact Report that this industry would reach an annual growth rate of 6.7 percent in the next 10 years—exceeding the average growth rate of 5.6 percent for the overall economy.

According to the report, employment will grow annually by an average of 3 percent in that same period, generating 2.9 million new jobs which will account for 21.5 percent of all jobs in the country.

“Now, recovery is in our sights. It is not uniform, it is faltering, but it is recovery. Here in [the] Asia-Pacific, the reopening is just beginning. I congratulate the Philippines, a nation that has shown determination and courage to reignite travel,” Simpson said. INQ