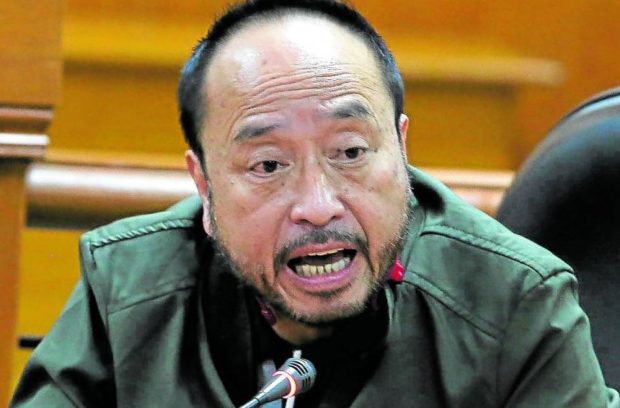 CHR Commissioner Gwendolyn Pimentel Gana pointed out that by his statement that the military was under the control of the Comelec during the election season, Bulay could be “misconstrued” as trying to suppress freedom of expression.

Bulay, a former Manila city prosecutor, warned during a press briefing on Friday that the Comelec would have those “fomenting the public opinion” that the poll body was biased and partisan arrested and jailed by the military.

The election commissioner was supporting a statement by fellow Comelec Commissioner Socorro Inting, who said that it was “unnecessary” for a group of supporters of presidential aspirant and Vice President Leni Robredo to call for an orderly, peaceful and credible election, and for the Comelec not to be partisan.

Inting alleged that what was “worse” was that the call from the AIM (Asian Institute of Management) Alumni for Leni “subtly conditions” the minds of Filipinos that the elections won’t be credible if Robredo were to lose the presidential polls.

Gana said there was nothing wrong with the alumni group’s call.

“It was just an expression of sentiment of people or groups that the Comelec should do its mandate. So, there is no reason to threaten them or to appear threatening them,” Gana said in a phone interview with the Inquirer.

She said her statement was not only directed at Bulay, Inting or the other Comelec commissioners, but to all concerned agencies, noting that such threats of arrest should not have been made in the first place.

“You are just calling on the Comelec to do its job well and then you get that kind of response? It can send the wrong message and it can have a chilling effect,” Gana said. “There should be caution in making statements like those because it can be misconstrued, and we respect all freedom of expression.”

Cristina Palabay, secretary general of human rights group Karapatan, said that freedom of expression, especially during the election season, had always been one of the “most basic rights that is indivisible,” along with the Filipinos’ right to suffrage.

“Instead of spewing threats of use of the military against people who exercise such freedoms and rights, the Commission on Elections should be reminded of international human rights standards regarding electoral processes that it should abide by and respect,” Palabay said in a statement to the Inquirer.

She said the poll body should “problematize” how it should address the Filipino electorate’s right to informed choices, “considering some candidates’ stance on public debates,” referring to presidential aspirant Ferdinand Marcos Jr. and running mate Davao City Mayor Sara Duterte, who both consistently skipped debates hosted by the Comelec.

“[W]ith their statement, is the Comelec thinking of acting like Nazis who deploy the Gestapo to go after its critics or those who exercise their rights?” Palabay said.