Isko Moreno party on Pulse Asia results: ‘It will be a 3-way race’ 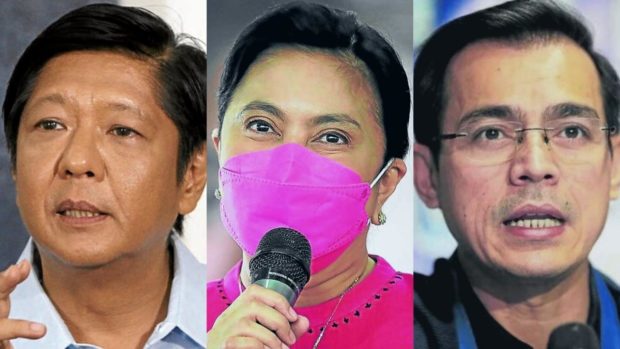 Ernest Ramel, chairman of Aksyon Demokratiko, made the remark in a statement sent to INQUIRER.net following the latest Pulse Asia survey where Moreno, the party president, remains at third spot with 8 percent in terms of voter preference, behind Marcos  at 56 percent, and Robredo at 24 percent.

“It’s actually an unfair characterization for some that it will be a 2-way fight. On the contrary, it will be a 3-way race as evidenced by Mayor Isko being consistently the top second choice,” Ramel said in a text message.

“We also see other internal survey results from various sources showing way better numbers for Mayor Isko,” he pointed out.

Ramel said they will release a more recent survey where Moreno has better numbers by Friday.

“By Friday, we will discuss before the media a more recent survey done a few days ago that shows it will be a three-corner contest. With Mayor Isko having the best possibility to increase his numbers as the election draws near,” he said.