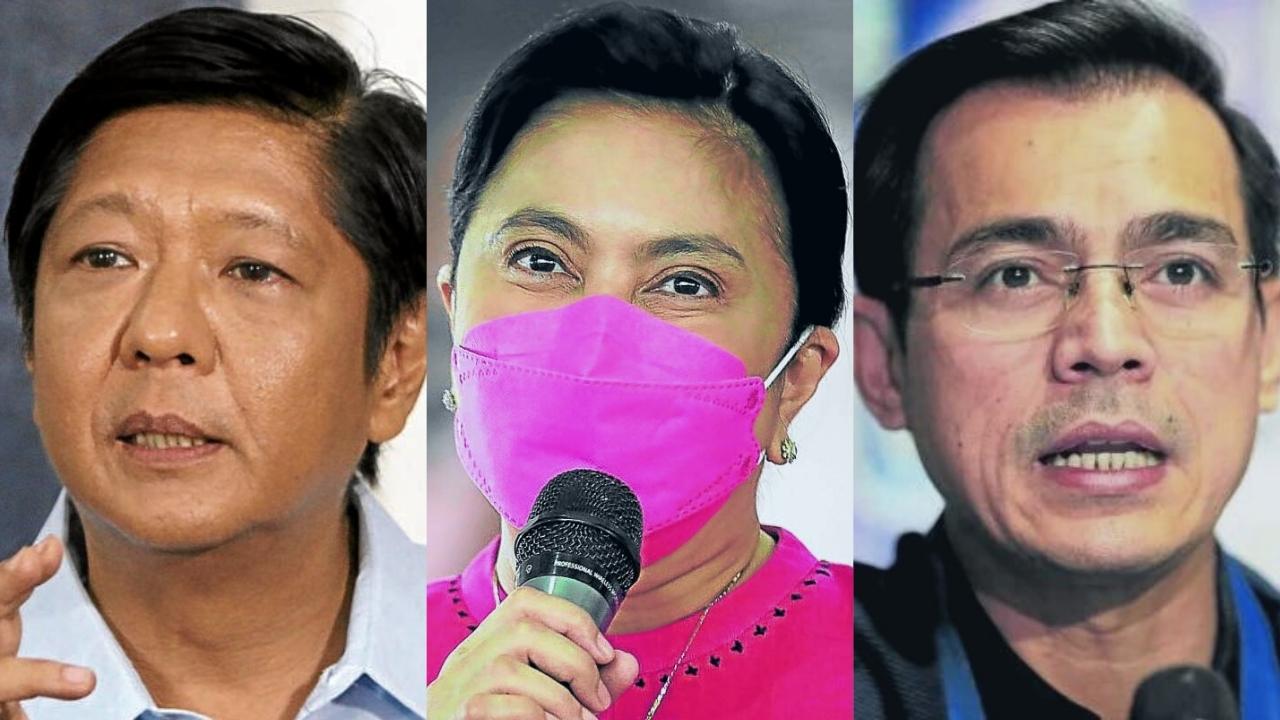 According to Pulse Asia’s survey released on Wednesday, Marcos’ numbers went down by four percentage points, from 60 percent during the same firm’s survey taken from February 18 to 23 to 56 percent.

Robredo’s numbers on the other hand grew from 15 percent in February to 24 percent. 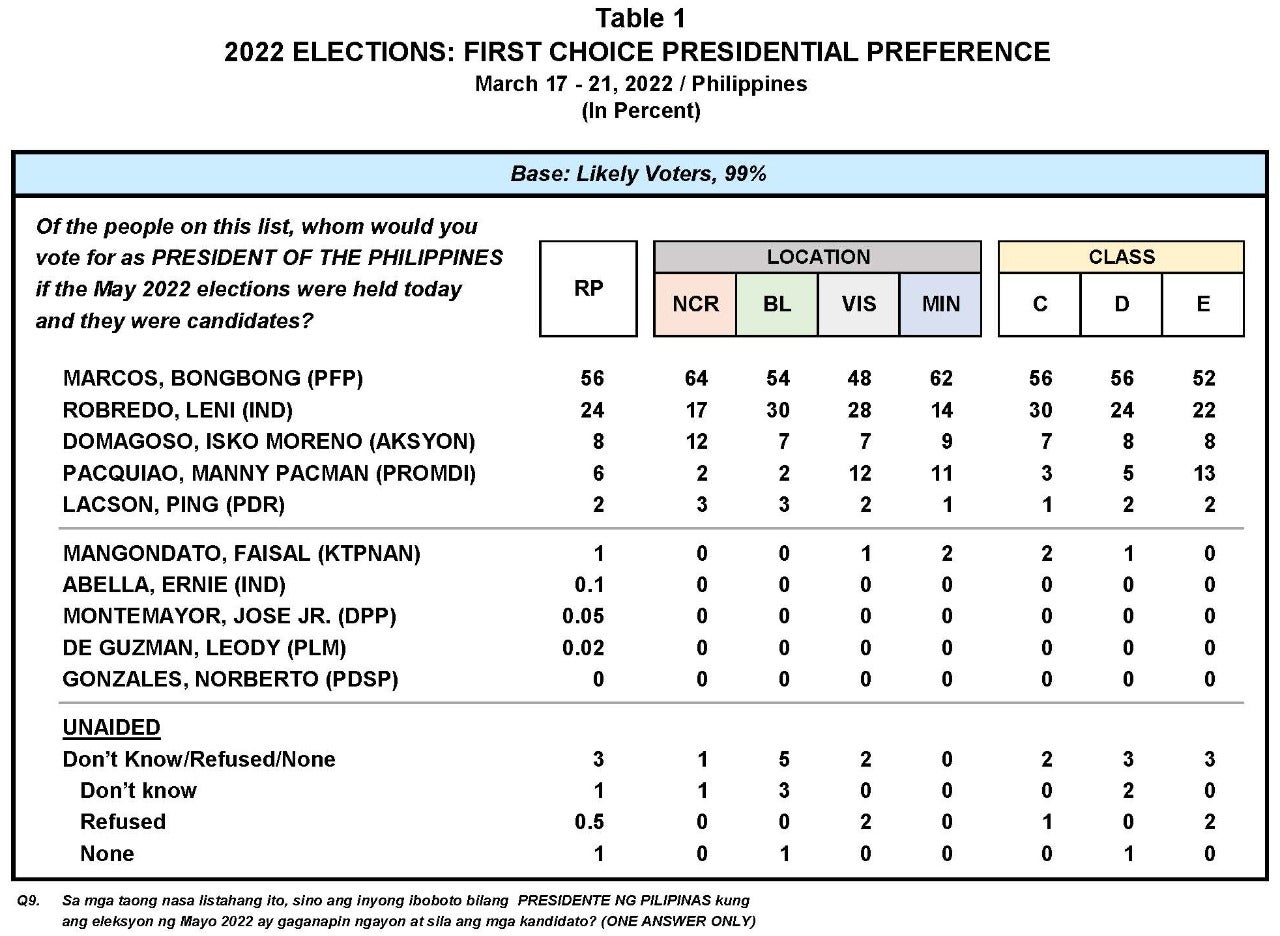 Marcos still leads across social classes, but he also got lower scores — -4 for people belonging to Class C, -5 for Class D, and -6 for Class E.

Senator Panfilo Lacson is at the fifth spot with two percent of the votes.

Moreno, Pacquiao, and Lacson however, are still the top second choices of respondents: 23 percent picked the Manila mayor as their second option for president, while Lacson and Pacquiao both got 13 percent each.

At least 35 percent of respondents from Metro Manila, 20 percent from Balance Luzon, 22 percent from Visayas, and 23 percent from Mindanao chose Moreno as their second choice.

The 24 percent that Robredo got is the highest score she registered in any pre-election survey from Pulse Asia.  The Vice President’s previous high was at 20 percent, taken from the December 1 to 6, 2021 version of the survey.