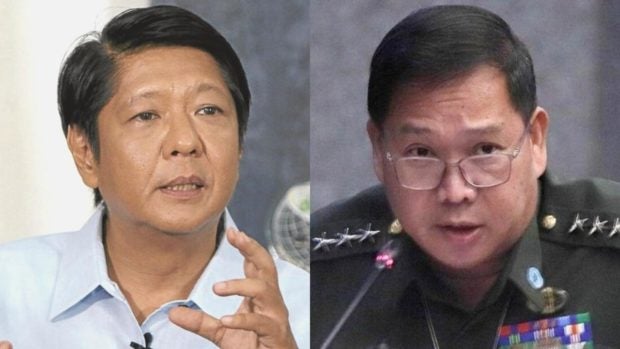 MANILA, Philippines — The Commission on Elections (Comelec) on Friday released the tentative list of political aspirants in the next year’s polls, with two Marcos namesakes making the tentative cut for the presidential race.

In a list released Friday, the Comelec trimmed the number of presidential aspirants to 15 from 97 individuals who previously filed for their certificate of candidacy for the highest elective post in the country.

The list provided by the poll body revealed that there are two Marcos on the list: that of Ferdinand “Bongbong” Marcos Jr., and a certain Maria Aurora Marcos, an independent bet.

Also included in the initial Comelec list for president are as followed:

For vice president, the following names shall appear on the ballot:

Among those who failed to make the cut was retired General Antonio Parlade Jr., former spokesperson of the government’s counterinsurgency body, the National Task Force to End Local Communist Armed Conflict (NTF-Elcac).

Parlade filed his candidacy through substitution, through a certain Antonio “Butch” Valdes, who is a member of the Katipunan ng Demokratikong Pilipino, who enlisted as an independent bet.

The 2022 national and local elections will be held on May 9, 2022. The election period, however, will start on January 9 until June 8 next year.