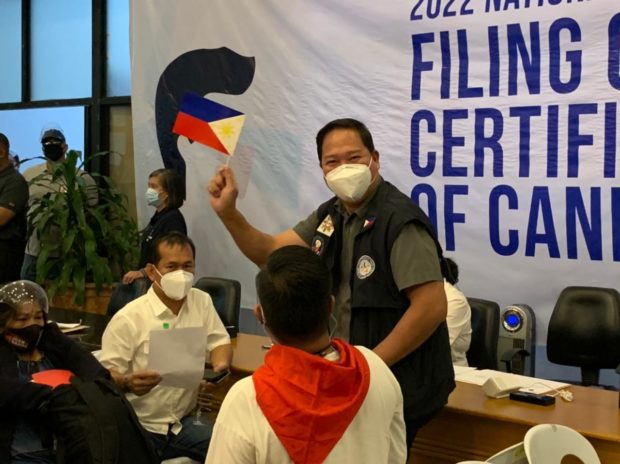 Parlade will be the substitute of Antonio “Butch” Valdes, listed by the Commission on Elections as an independent candidate.

Valdes, however, is a member of the  Katipunan ng Demokratikong Pilipino party.

Parlade personally filed his COC at the Comelec main office in Intramuros, Manila.