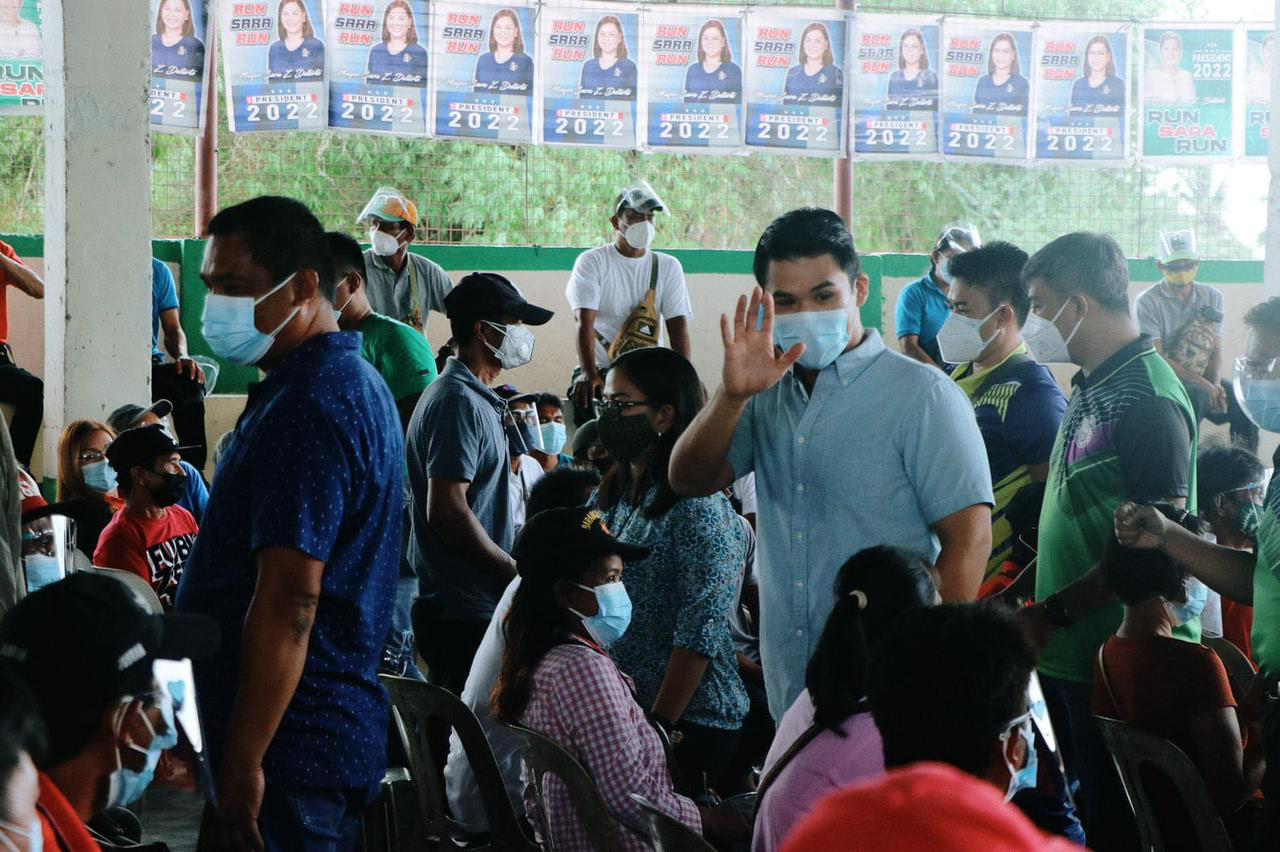 Run, Sara, Run posters can be seen in the background in one of the venues of the DOLE rollout of its cash assistance program in Isabela province. PHOTO FROM REP. FAUSTINO “INNO” DY FACEBOOK PAGE

MANILA, Philippines—When the Department of Labor and Employment (DOLE) distributed cash aid in Isabela province, two things were easily noticeable—thousands of residents wearing apple green t-shirts and posters with the image of Davao Mayor Sara Duterte urging the President’s daughter to run for the highest office of the land.

The events were for a DOLE program, called Tulong Panghanabuhay sa Ating Disadvantaged Displaced Workers (TUPAD), which was supposed to provide cash in exchange for work for those who lost their jobs during the pandemic.

Reached for comment, the camp of Sara said it would “endorse” the matter to the DOLE.

The DOLE, however, has not answered queries from INQUIRER.net about whether the rollout of TUPAD in venues decorated with Run, Sara, Run posters was just coincidence or part of the plan. Repeated attempts to inquire from Raul Francia, director of DOLE Information and Public Service, went unanswered.

TUPAD, as a cash-for-work program, was rolled out to address the need for lifelines of millions of Filipinos who lost their jobs during the pandemic and the lockdowns that went with the disease. The COVID-19 catastrophe in 2020 caused the worst recession of the Philippine economy since World War II. 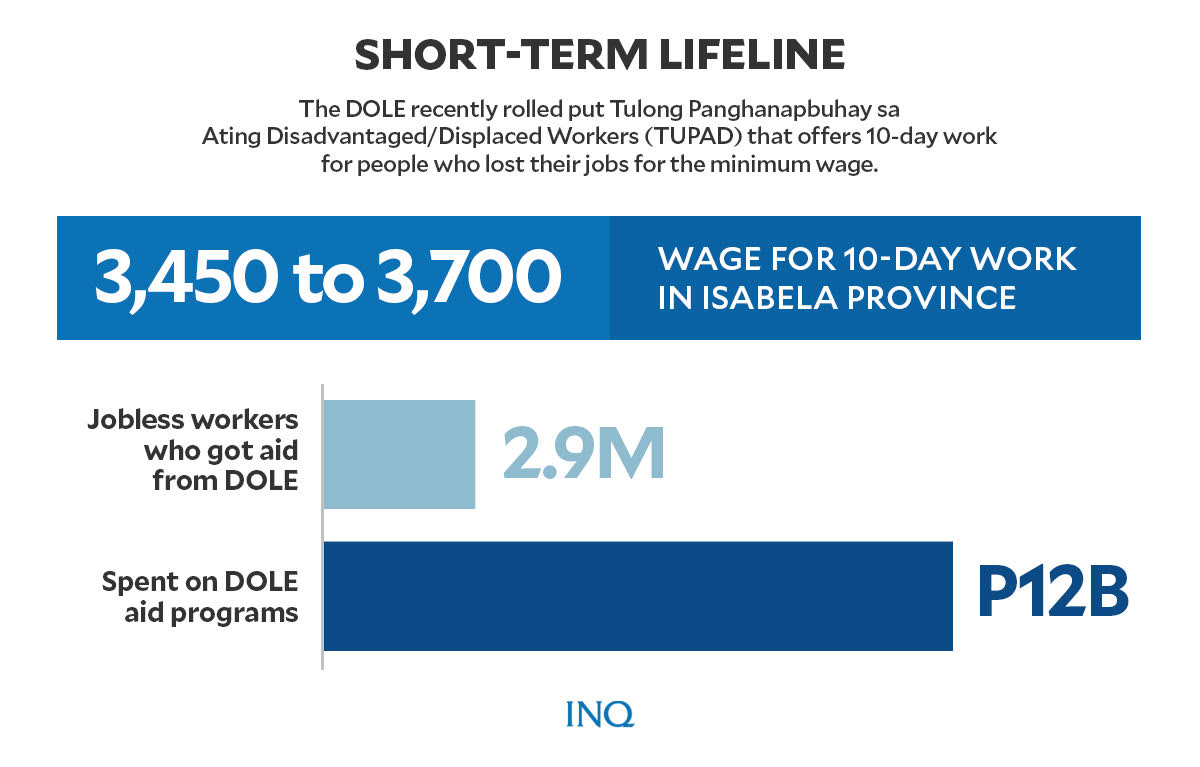 Through TUPAD, disadvantaged or displaced workers are hired to work for 10 days (four hours each day) and paid with minimum wages in the region where the beneficiary resides.

In Isabela, a province that is part of the Cagayan Valley region, the base pay is set by the National Wages and Productivity Commission (NWPC) at P345 to 370 per day.

Based on the minimum wage in the region and the days of work, a TUPAD recipient in Isabela could get P3,450 to P3,700 for 10 days of work. 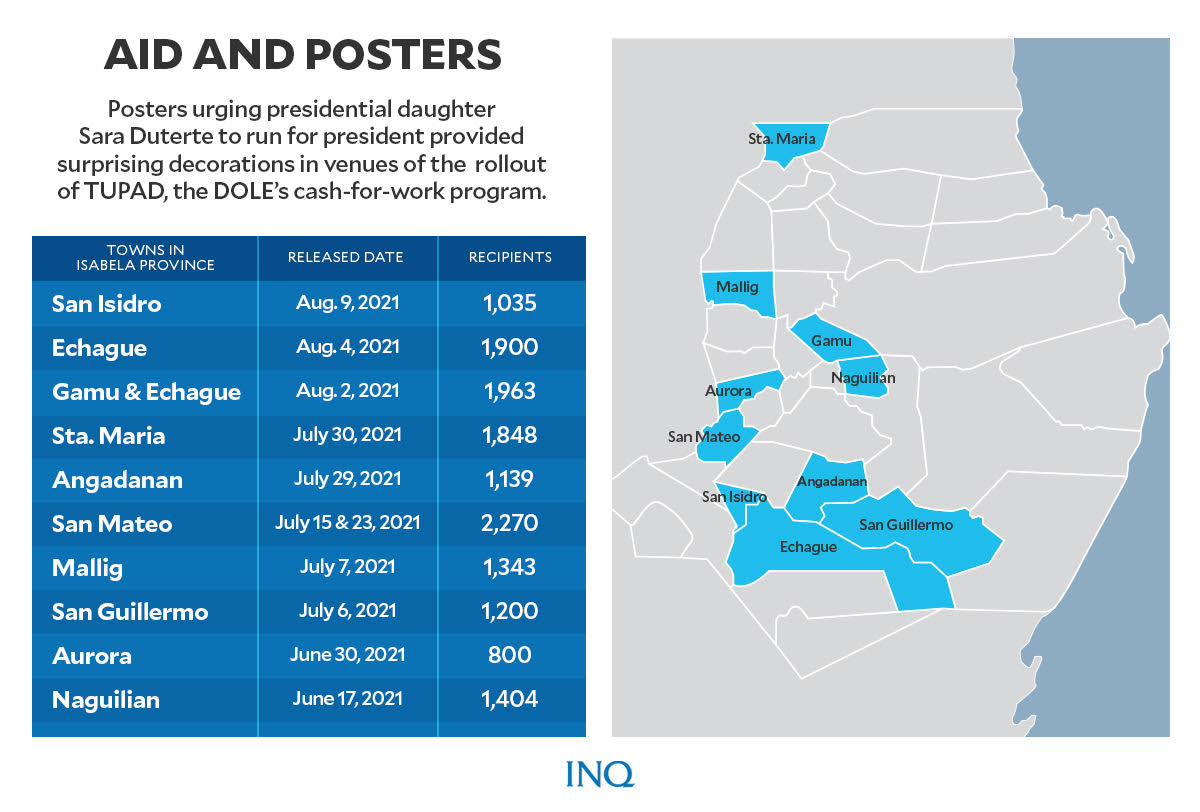 Images showed that regular-sized posters urging Sara to run for president were pasted around venues in these Isabela towns during the DOLE rollout of TUPAD there:

Aside from TUPAD, the labor department has COVID-19 Adjustment Measures Program (CAMP) and the Integrated Livelihood Program to help businesses survive the impact of the health catastrophe.

Shinalyn (not her real name), a resident of Isabela and beneficiary of TUPAD, said the Run, Sara, Run posters had been installed in the payout venues a day before the DOLE distributed the cash assistance.

University of Santo Tomas political science expert Dennis Coronacion said the presence of the Run, Sara, Run posters “can send a message to the people that the local executive, the President’s daughter, had a hand in facilitating the distribution.”

According to the DOLE Facebook page, at least 14,902 TUPAD beneficiaries were present during the payout in Isabela. 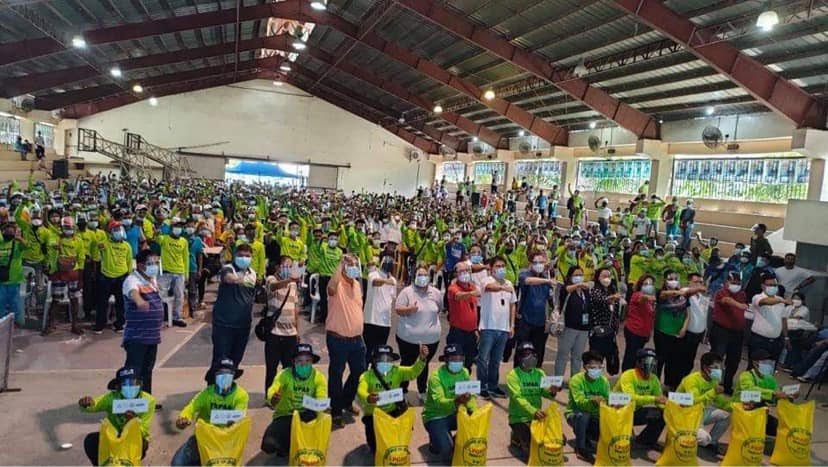 The President’s second eldest child has not confirmed whether she was running for president in 2022 but, last July, said she was open to the idea.

The appearance of Run, Sara, Run posters in Isabela, however, was not a rare occurrence. Many areas nationwide saw similar posters turning up in major roads and strategic places but, so far, it’s the first time that the emergence of the posters coincided with the distribution of government aid.

Reacting to previous reports about materials being shipped nationwide to urge her to run, Sara disowned the campaign and said she has not authorized anyone to distribute or install campaign materials on her behalf.

READ: Inday Sara refutes viral video: ‘I have never told anyone that I am running for President’ 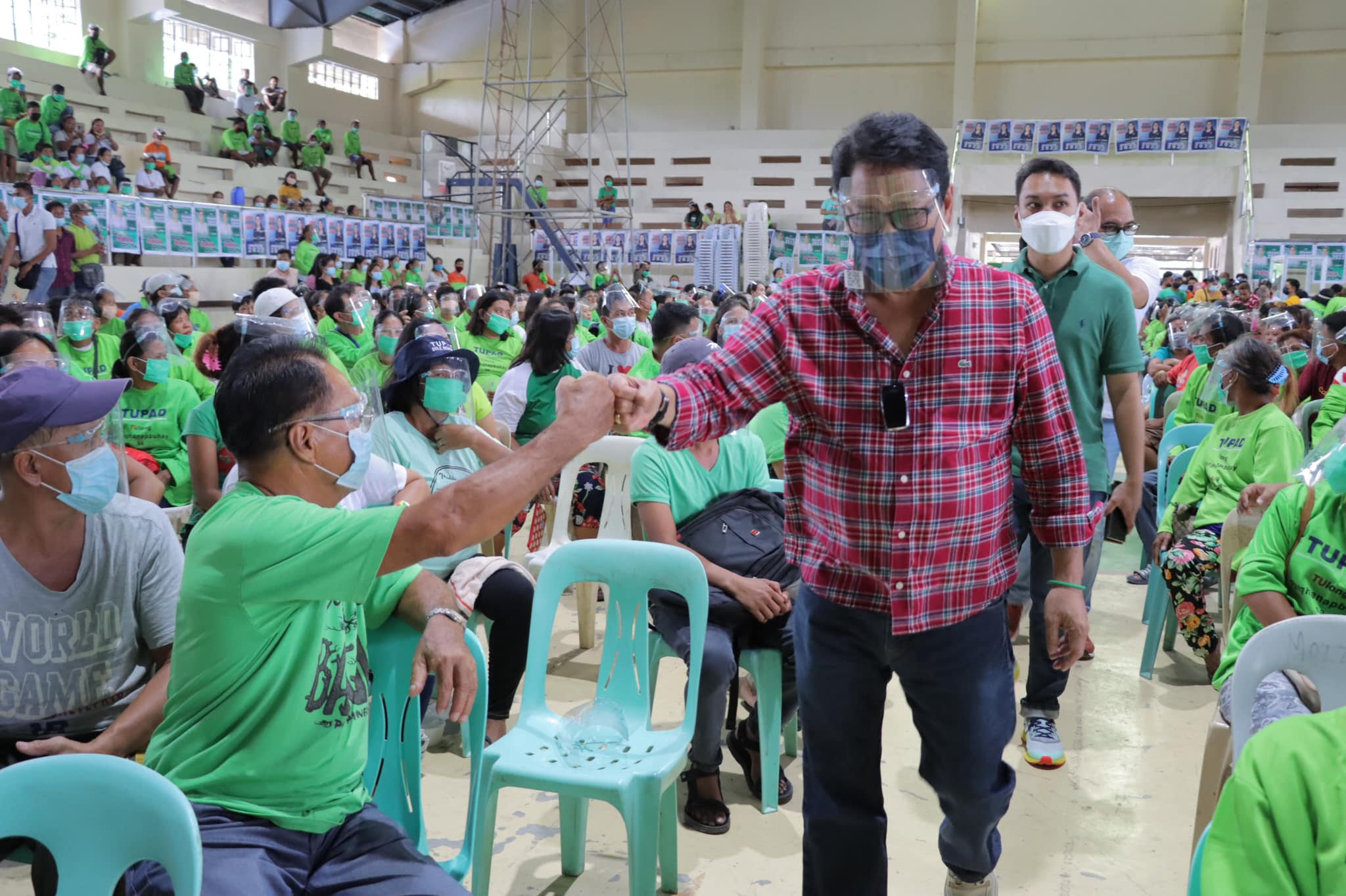 Coronacion told INQUIRER.net that he can only think of “one possible reason” for the existence of the posters in payouts led by Labor Secretary Silvestre Bello III.

He said it was an indication that a coalition between the ruling PDP-Laban and the Hugpong ng Pagbabago (HNP), the party formed by Sara, is in the “offing.”

Last Aug. 17, the PDP-Laban faction led by Energy Secretary Alfonso Cusi said Bello is one of those that the faction was considering in the faction’s Senate ticket.

Bello himself said in May that he was weighing his options on a possible bid for an elective post in the 2022 general elections.

Coronacion said the presence of the posters was a strong indication that the Cusi faction of PDP-Laban and HNP will form an alliance for next year’s elections.

Last August, Cabinet Secretary Karlo Nograles said that while the PDP-Laban considers Senator Bong Go as its standard bearer, the plan could change if an alliance was formed with Sara’s HNP.

“Mayor Sara belongs to a different political party. So that being the case, there has to be some sort of agreement or alliance perhaps between PDP-Laban and the party of Mayor Sara in that eventuality,” Nograles had said in an interview with CNN Philippines.

For Coronacion, the Run, Sara, Run posters were possibly a way for Bello to draw the Davao City mayor “into the fold,” saying that it looked like the PDP-Laban Cusi faction and HNP “have yet to finalize” the alliance.

He said it was “quite obvious” that the PDP-Laban Cusi faction has a clear advantage over its rivals since it has access to the “vast resources of the government.”

“HNP may also enjoy this advantage. What people saw in Isabela was just a preview of the things to come for HNP and PDP-Laban,” he said.

University of the Philippines’ political science expert Jean Franco said that while the presence of the Run, Sara, Run posters during the DOLE payout makes it difficult to “disassociate the cash assistance from the campaign” of Sara, “people will be thankful, no matter the reason.”

Data from the Philippine Statistics Authority showed joblessness was 6.9 percent—or 3.1 million individuals—nationwide. In Cagayan Valley, it was 4.06 percent. 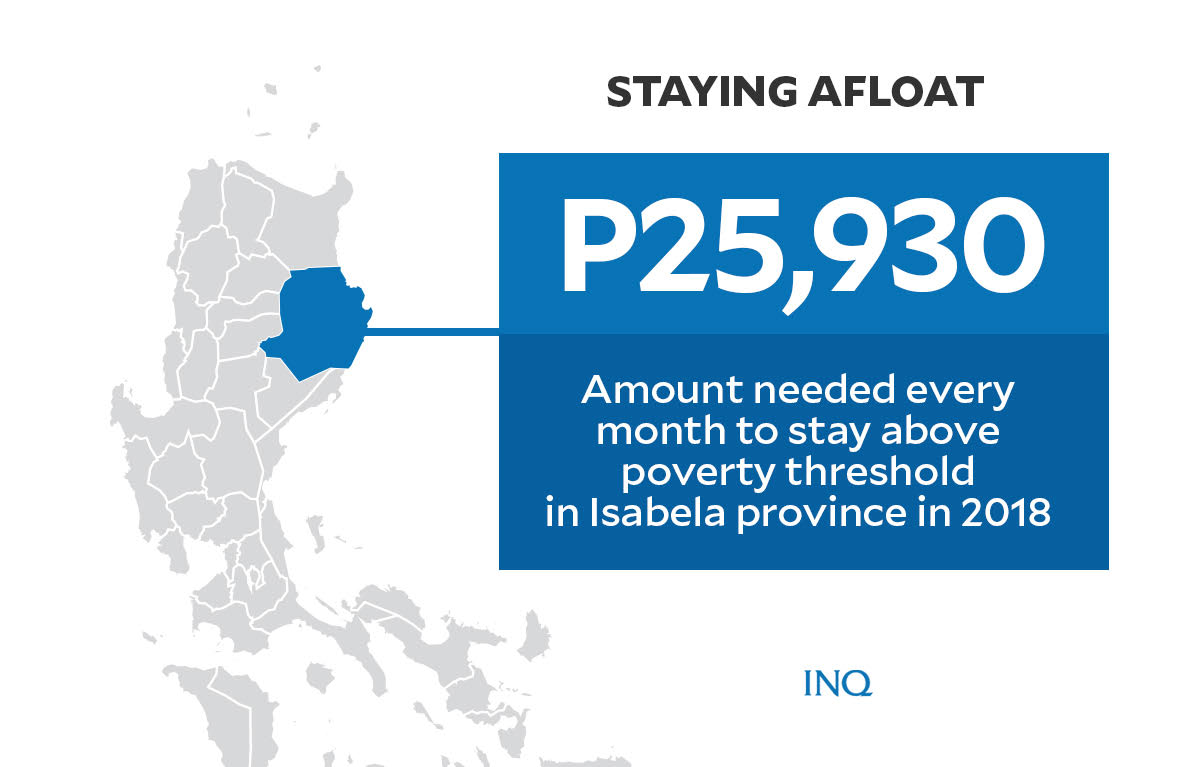 In 2018, the Family Income and Expenditure Survey showed that the poverty threshold in Isabela province was P25,930. A family of five would need a minimum of P10,579 per month to meet basic needs.

Data from the NWPC said basic wage of non-agriculture and retail or service workers in Isabela was P360 while it’s P340 per day for agriculture workers.

An estimated P8,160 to P9,360 is lost per worker per day because of unemployment.

In a study conducted by the United Nations Development Program Philippines and Zero Extreme Poverty 2030, it was found that the poor “continue to struggle from the disproportionate impacts” of the COVID-19 crisis. 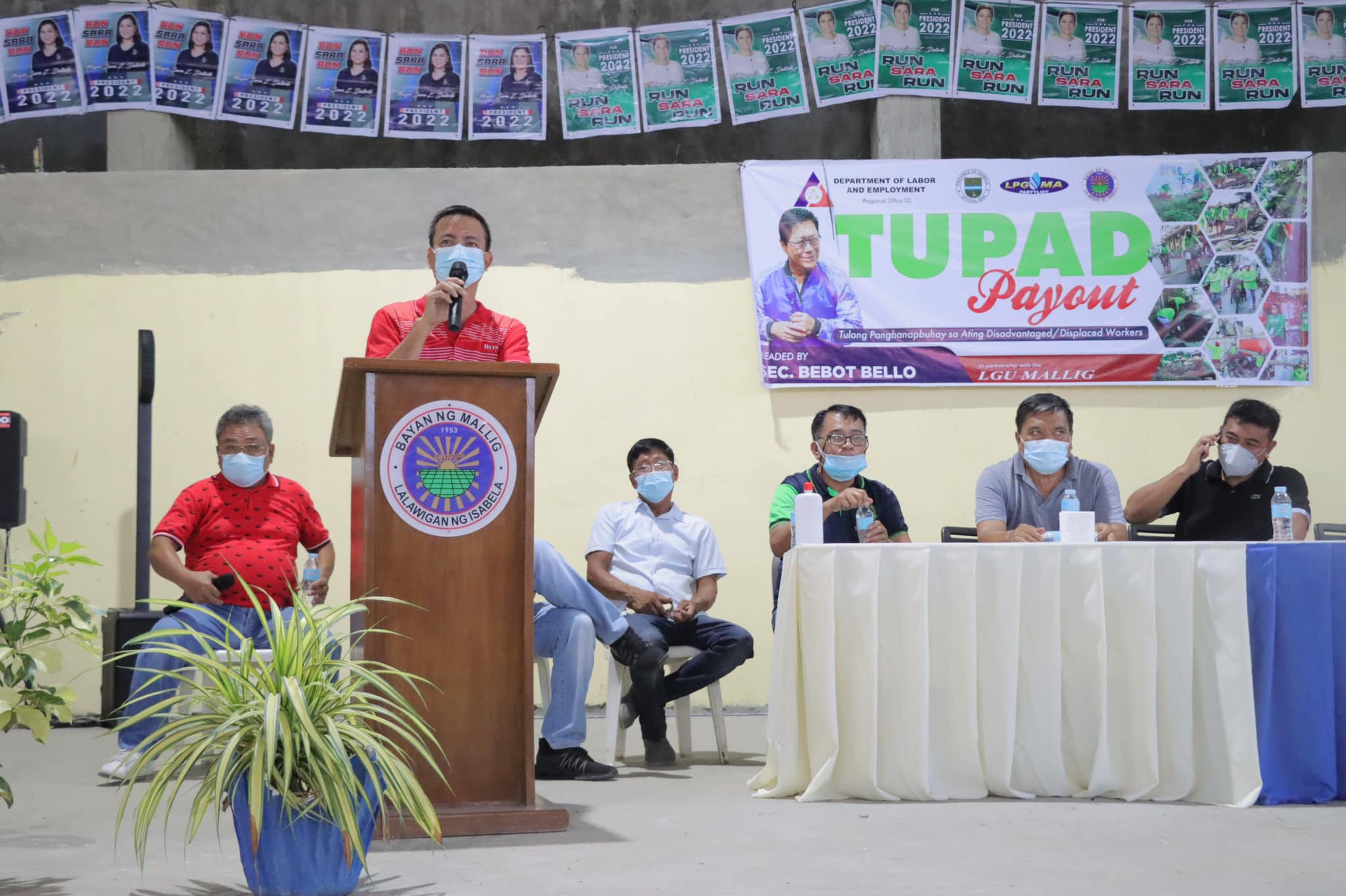 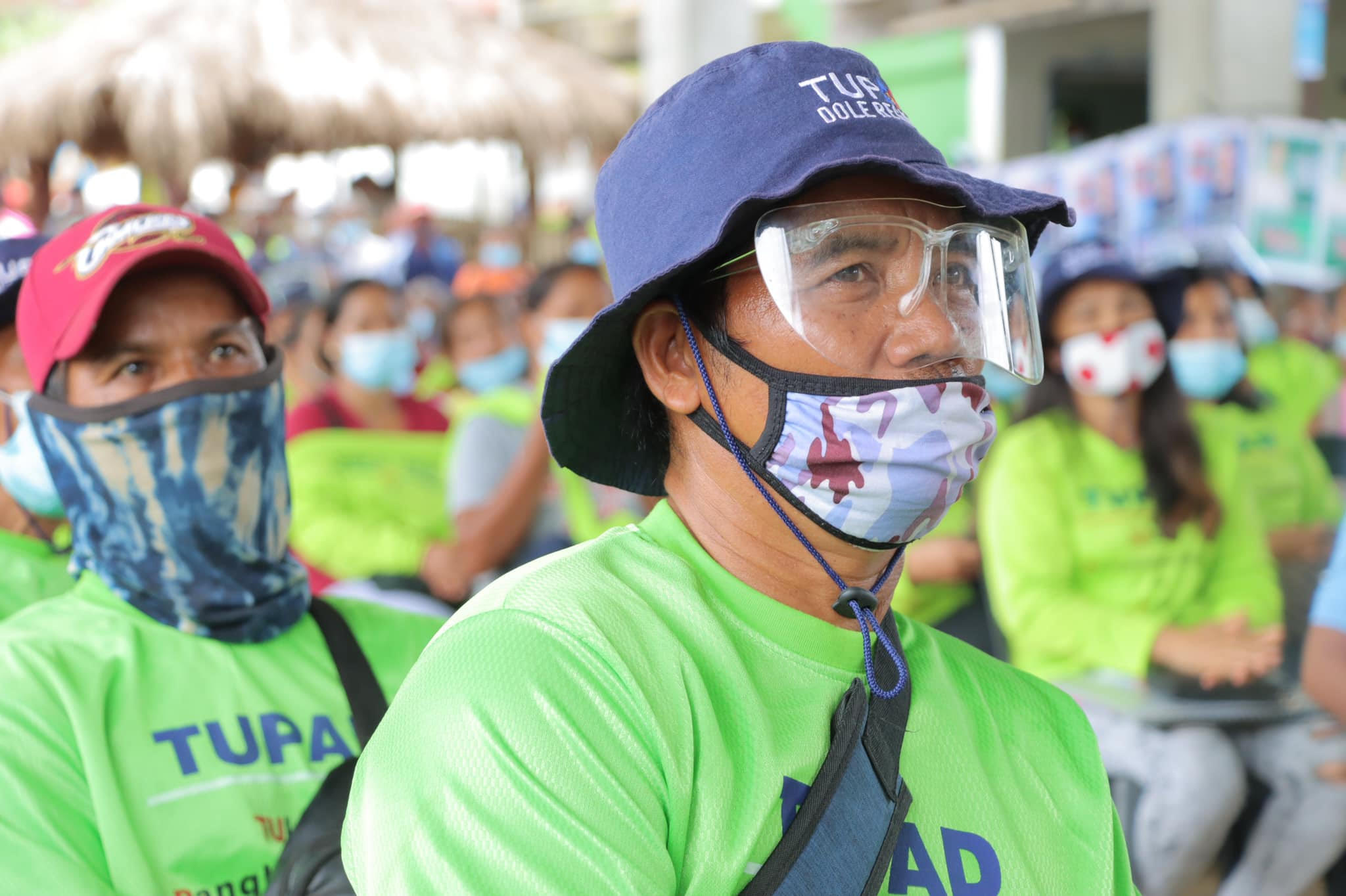 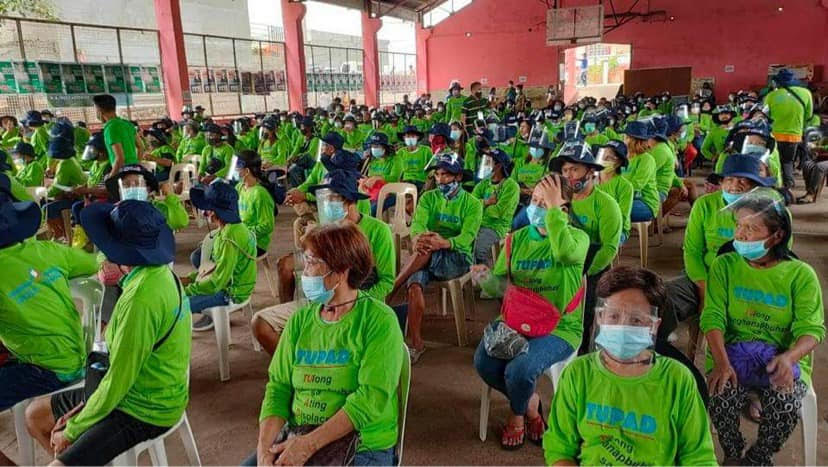 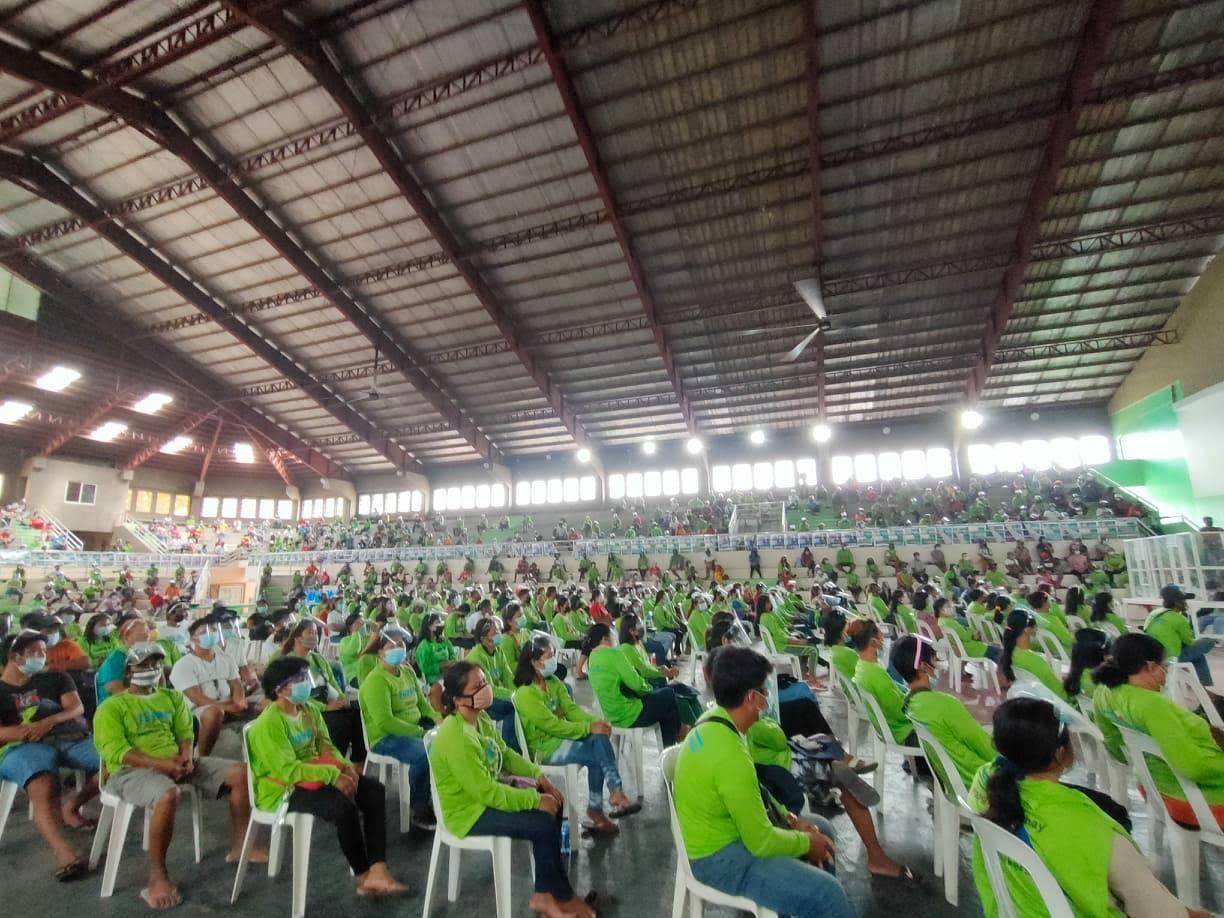 (Residents of Isabela towns wait for the distribution of cash aid by the DOLE. PHOTOS FROM DOLE CAGAYAN VALLEY)