Sara Duterte now open to run for president in 2022 polls 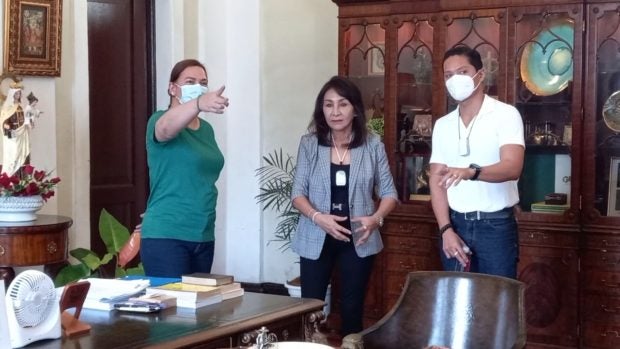 In her visit to the Cebu capitol, Carpio was asked in an interview if she was open to the idea of running for the presidency in 2022.

Carpio, however, said there were no final decisions yet.

“What is important now is that we know the sentiments of the people and what they really want,” she said in Cebuano.

Carpio was grateful to supporters, including those who posted tarpaulins in Cebu City, urging her to seek the presidency in next year’s polls.

“I thank supporters here in Cebu for their trust and confidence. That is one of the reasons why I am here, to ask the people what they really wanted,” she said.

Carpio had a closed-door meeting with Cebu Gov. Gwendolyn Garcia for about two hours at the capitol in what the mayor said was a simple courtesy call.

She said there were no particular discussions on politics yet.

Carpio said she told Garcia that she would be back in Cebu soon with her Hugpong Ng Pagbabago party to further consult supporters about what they want to happen in the elections.

Months ago, Carpio rejected calls for her to run for the presidency even if she emerged as a frontrunner in the 2022 presidential elections.