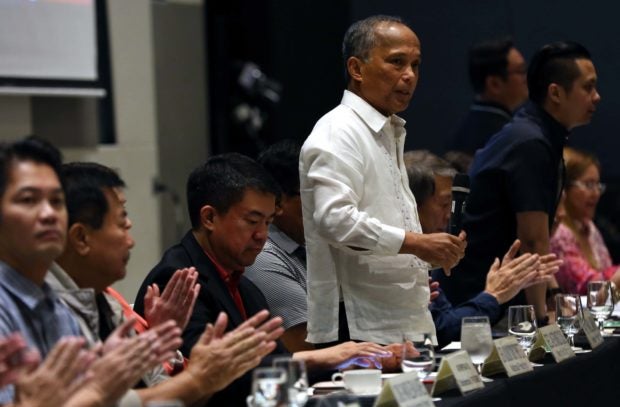 “The expulsion of Cusi, Matibag and Naik was explained in one of the three-party resolutions that were issued by Party President Sen. Emmanuel “Manny” D. Pacquiao and the PDP Laban National Executive Committee (NEC) which constitutes the highest administrative and executive body of the party,” he said in a statement.

The NEC also authorized Pacquiao to form investigative committees to scrutinize complaints about party members who violate their party’s constitution and commit acts “inimical to the party by showing allegiance to another party,” Munsayac added.

The expulsion of Cusi and two other officials came amid the growing rift between them and Pacquiao.

Cusi had previously called for a national assembly in the party, which Pacquiao said should be ignored since it required Duterte’s and his approval.

Waiting for party to ‘implode’

Pacquiao warned Cusi at one point about attempting to “divide” the party after the latter reportedly went around the country consulting with their party mates regarding a resolution urging Duterte to run for the vice presidency in 2022.

Sen. Aquilino “Koko” Pimentel III had also warned against letting the ruling PDP-Laban fall apart with the rift widening between the party chairman and acting president of the party, Pacquiao.

Pimentel, the former party president, said Cusi’s faction should take the initiative to identify and recognize the “real/authentic/genuine party members” instead of catering to those “whose ‘heart/loyalty’ belongs to some other existing political party.”

In his view, these members are “just waiting for and wanting PDP-Laban to implode and after the 2022 elections will just wave ‘bye bye’ to the party.”

Implosion looks imminent after Duterte told Pacquiao that if his claim of government corruption is not proved, he would campaign against the boxing champion in the 2022 elections.

On June 28, Duterte made the threat in his weekly public address, in which he also flirted with the idea of running for vice president after saying earlier that he wasn’t interested.

Munsayac said another resolution was also issued to declare as null the March 31 meeting and the scheduled July 17 assembly of the PDP-Laban National Council called upon by Cusi and Matibag.

He added that the three resolutions were issued in response to a manifesto signed by over 10,000 grassroots members of PDP-Laban, “which condemned “this systematic and underhanded effort by some party newcomers and a handful of party officers to sabotage the present leadership, so they may advance a political movement that is against the best interest of our beloved party.” 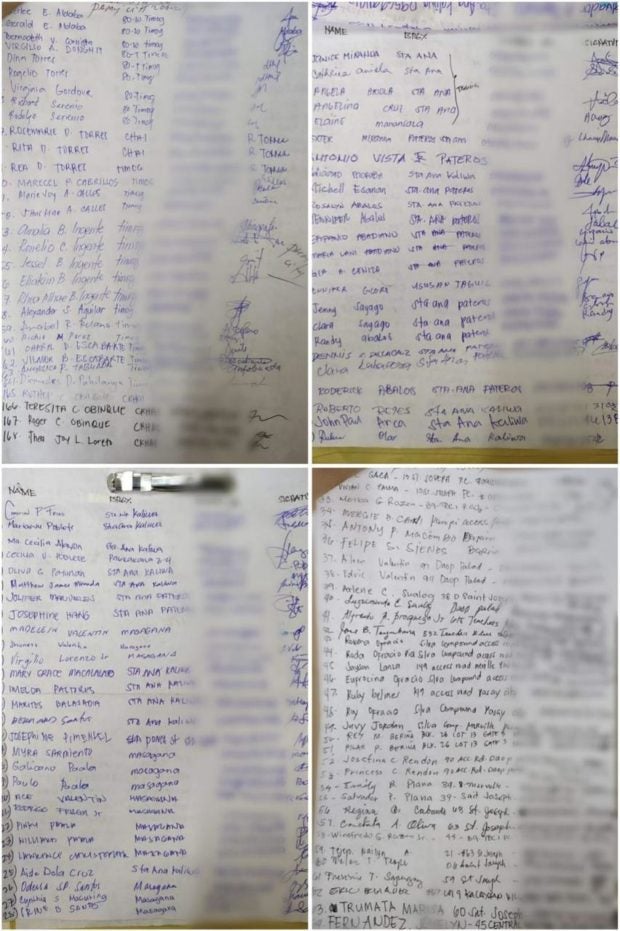 The signed manifesto/PHOTO from Ron Munsayac

Under Resolution No. 6 dated June 12, the NEC formally removed Cusi, Matibag and Naik from the party for violation of Article VII Section 6 of the party Constitution, Munsayac said.

“Vice Chairman Cusi is already manipulating the party to support the Duterte-Duterte tandem which is a blatant admission of supporting Sara Duterte Carpio for President, who is not a member of the Party,” the resolution read.

“He is guilty of having allegiance to a candidate and her political ideals and party. Such a candidate does not even believe in Federalism, her party fielded candidates against and opposed official candidates of PDP-Laban in 2019 Elections, and she is vehemently opposed to joining the PDP-Laban Party,” it added.

With their expulsion, “all rights and privileges of Cusi, Matibag and Naik as members of the Party and all their positions or authorities in the Party are likewise immediately terminated.”

PDP-Laban members were also directed to “ cease and desist from following, supporting or giving legitimacy to any directive, resolution, notices, communications or actions” of Cusi, Naik, and Matibag “related to or derived and resulting from the aforementioned acts and the meeting held on May 31, 2021.” 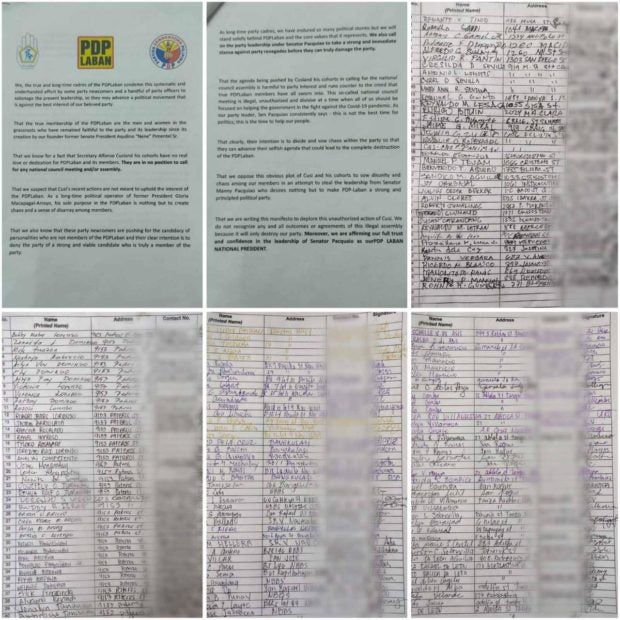 In response, Matibag lambasted the latest developments as a way for Pacquiao’s side to “hype their status in the media,” calling Pacquiao and his committee as “irrelevant.”

“I don’t wanna give credence to their actions. They don’t have any authority to discipline National Officers,” he said in a separate statement.

“We will just see them in the National Council and National Assembly. These two are the highest governing bodies of the PDP Laban. The committee of Senator Manny Pacquiao is irrelevant,” he added.

“July 17 National Assembly will be the day of their reckoning. We encourage them to challenge the actions of the National Assembly. Legally speaking, they don’t have any fighting chance,” Matibag continued.

Possible splits within the ruling PDP-Laban party will have “serious implications” for the party in the 2022 elections, Senate Minority Leader Franklin Drilon said.

“This development will have, to me, serious implications in the 2022 elections, the ruling party will be split,” Drilon, a veteran lawmaker, said during the Kapihan sa Manila Bay media forum on June 30.

However, Drilon said it would require a lot of effort for the opposition to take advantage of a split in the ruling party.