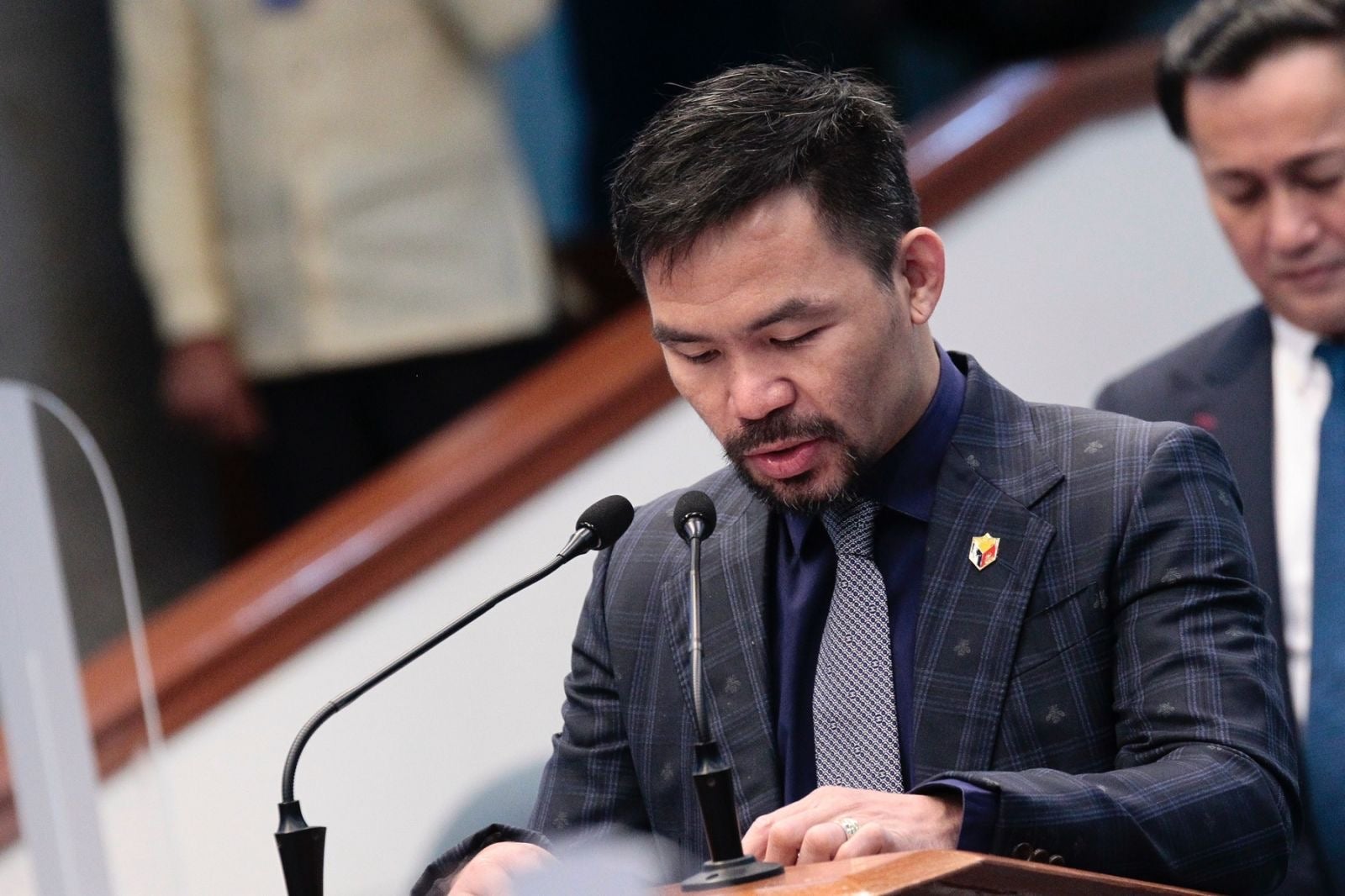 PACQUIAO LEADS PRAYER: Sen. Emmanuel “Manny” Pacquiao leads the chamber in prayer during the opening of the hybrid plenary session Wednesday, March 10, 2021. In his prayer, Pacquiao said that as legislators and public servants they want to serve as God’s hands and feet by becoming generous expression of the love and compassion of God. (Voltaire F. Domingo/Senate PRIB)

Pacquiao serves as the acting president of PDP-Laban while Cusi is vice-chairman of the party which is being chaired by President Rodrigo Duterte.

(Since you mentioned Cusi’s name,   I have only one thing to say: Remain true to your words. Don’t eat what you have before that we should set aside politics, and help the people first)

Pacquiao was reacting to reports that  Cusi was going around the country consulting with their party mates regarding a resolution urging Duterte to run for the vice presidency in 2022.

(Don’t divide our party members for your own interest. Not unless you’re going around to help our countrymen, then I’d applaud you, I’d be happy.)

(But if you’re going around talking about politics, don’t do that. Don’t poison the minds of our party mates to divide them)

And directing his message to Cusi again,  the senator clarified he was not fighting him.

(I’m not the kind of person you can toy with. This is just a warning. I’m not fighting with you. I want  us to become friends.)