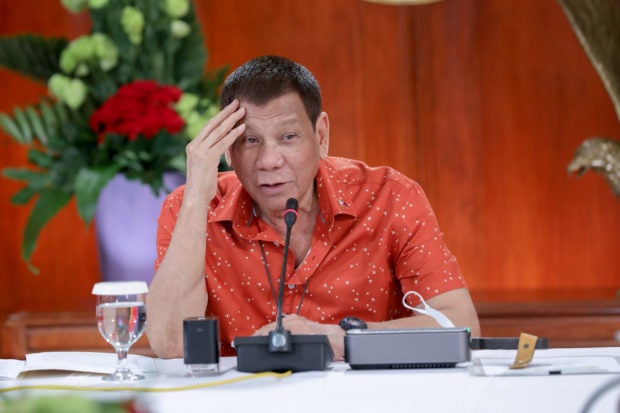 MANILA, Philippines — A resolution calling on President Rodrigo Duterte to run as Vice President in the 2022 elections is being passed among members of his political party, PDP-Laban.

This was revealed Thursday by House Deputy Speaker Eric Martinez, adding that Energy Secretary Alfonso Cusi, the vice-chairman of the ruling political party, “is going around the country consulting with the PDP members” regarding the resolution.

The resolution, according to the PDP-Laban member, also includes a statement of support to Duterte’s final year of presidency and the country’s fight against the coronavirus pandemic.

“May nag-float lang ng idea. Since the President is the chairman of the PDP party, has the highest approval rating—never before seen in the history of our country—someone floated the idea, why not i-start muna with convincing the President to run for Vice President,” he added.

So far, PDP-Laban members from Metro Manila and some members from nearby provinces have adopted the resolution, said Martinez.

It was Duterte’s chief legal counsel, Secretary Salvador Panelo, who previously raised the idea of a “Duterte-Duterte” tandem in 2022, with the older Duterte as Vice President and his daughter, incumbent Davao City Mayor Sara Duterte-Carpio, as President.

In January, Duterte said his daughter will not run for the highest government post and that the presidency is “not a woman’s job.”