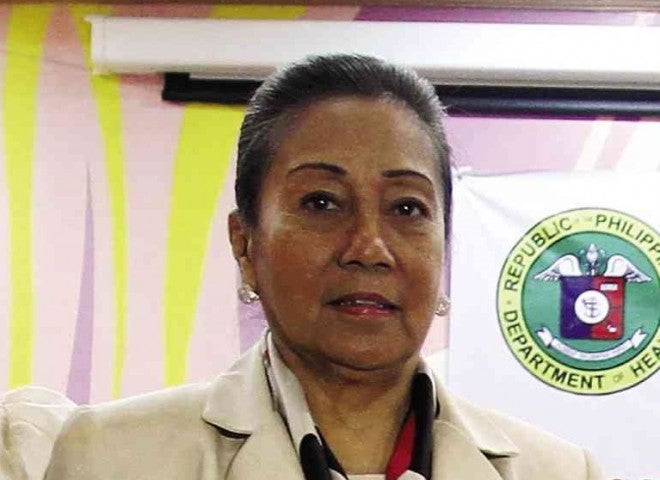 BACOLOD CITY, Philippines—Is he or isn’t he?

Interior Secretary Mar Roxas is apparently letting his mother do the talking for him.

While Roxas remains coy about his plans for the presidency in 2016, his mother, Judy Araneta-Roxas, went all out to start campaigning for him.

And Araneta-Roxas left everyone in no doubt that her son is definitely running for President in 2016. The widow of the late Sen. Gerardo Roxas is known to be a pivotal player in all of her son’s previous political campaigns but she stays behind the scene. Not this time.

“Please do not forget my son, Mar Roxas,” Araneta-Roxas appealed to sugar leaders at a dinner here on Friday.

“Can you imagine if a Negrense is in Malacañang, what can come to us in Negros?” she added.

Asked by the Inquirer if Roxas would run for President in 2016, Araneta-Roxas replied: “I believe so, I know so.”

READ: Surprise: Roxas tells LP he will run in 2016

But she said Roxas had yet to choose a running mate. The matter is still under study.

Roxas had met with Sen. Grace Poe but nothing was definite yet, she said.

READ: Roxas to Poe: Be my VP

“There are people he is considering,” she said.

Araneta-Roxas, a tireless campaigner for her son during his previous runs for senator and Vice President, vouched for Roxas’ integrity in all the years that he has been in the government.

She stressed that her son was “very capable” of running the country as President.

“He is true to himself. He knows what he ought to do,” she said.

Enrique Rojas, the president of the National Federation of Sugarcane Planters, and his wife, Lourdes, hosted the Friday dinner at his home here in honor of Araneta-Roxas whose family is from Negros Occidental.

Araneta-Roxas’ parents used to own sugar centrals in Bago and Bacolod cities but they closed these down and invested their money outside the province.

READ: Mar Roxas assured: It’s all right to be rich

At least 50 people were at the dinner that counted some of the richest people in Negros Occidental, among them sugar planters, prawn growers and businessmen.

Rojas introduced Araneta-Roxas before her speech as “the mother of the next President of the Philippines.”

After Araneta-Roxas’ speech, Manuel Lamata, president of United Sugar Producers’ Federation of the Philippines, said the sugar industry was thankful to her son who was instrumental in getting President Aquino to ask Bureau of Internal Revenue (BIR) Commissioner Kim Henares to grant the industry’s request to exempt raw sugar from advance value-added tax.

According to Lamata, the Sugar Alliance of the Philippines has been waging a long battle to get the BIR to stop its unlawful taxation of raw sugar and is thankful that Roxas stepped in.

“We in the Sugar Alliance of the Philippines would like to stress that Mar was the savior of this industry,”he said.

“We stand by that because that is the truth, so please, when and if Mar decides to run, I hope we will campaign as one and vote for Mar,” Lamata said.

Araneta-Roxas was scheduled to hold separate meetings with the local officials and leaders of nongovernment organizations (NGOs) in the province on Saturday where she was also expected to ask them “not to forget” her son in 2016.

In the afternoon, she was to meet with NGO leaders at Bob’s Restaurant.

Last night, she was scheduled to host a dinner for Gov. Alfredo Marañon of Negros Occidental and other local officials at the Araneta-Roxas ancestral home. Marañon is a longtime Roxas supporter and has promised to deliver votes to the interior secretary should he run for President in 2016.