AFP on red alert for ‘Ruby’ 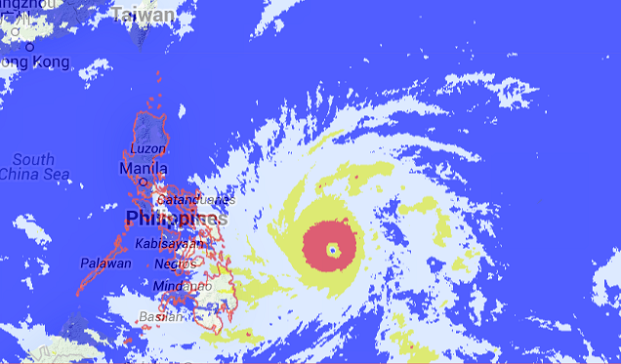 The red alert took effect at noon as Ruby was recategorized as a supertyphoon by the Philippine Atmospheric, Geophysical and Astronomical Services Administration (PAGASA).

A red alert means AFP units and soldiers in areas that might be affected or are in the direct path of the storm are preparing for Humanitarian Assistance and Disaster Response, according to the Malacañang website.

The AFP troops will coordinate with local government units, the Department of Social Welfare and Development and other line government agencies,

Major Angelo Guzman, spokesperson of the AFP Southern Luzon Command (Solcom) based in Lucena City, assured the public that all AFP units in Southern Luzon have prepared to rescue people and aid in relief and evacuation operations.

Guzman said the Philippine Army’s 9th Infantry Division, particularly those stationed in Albay and Sorsogon, coordinated with the Office of Civil Defense (OCD) 5 in Legazpi City last Tuesday while Ruby was still outside Philippine area of responsibility (PAR).

All uniformed units, including the Philippine National Police (PNP) and the Bureau of Fire Protection (BFP) in Bicol, have been placed on standby for any rescue, relief and evacuation operations, he added.

In Sorsogon, the 903rd Infantry Brigade based in the province has activated its disaster response task group, according to the brigade commander, Colonel Cesar Idio.

AFP units in adjacent areas not in the direct path of the storm are also on standby to provide assistance in the event that the operational capacity of primary units in the concerned areas is severely affected.

With a report from Shiena M. Barrameda, Inquirer Southern Luzon