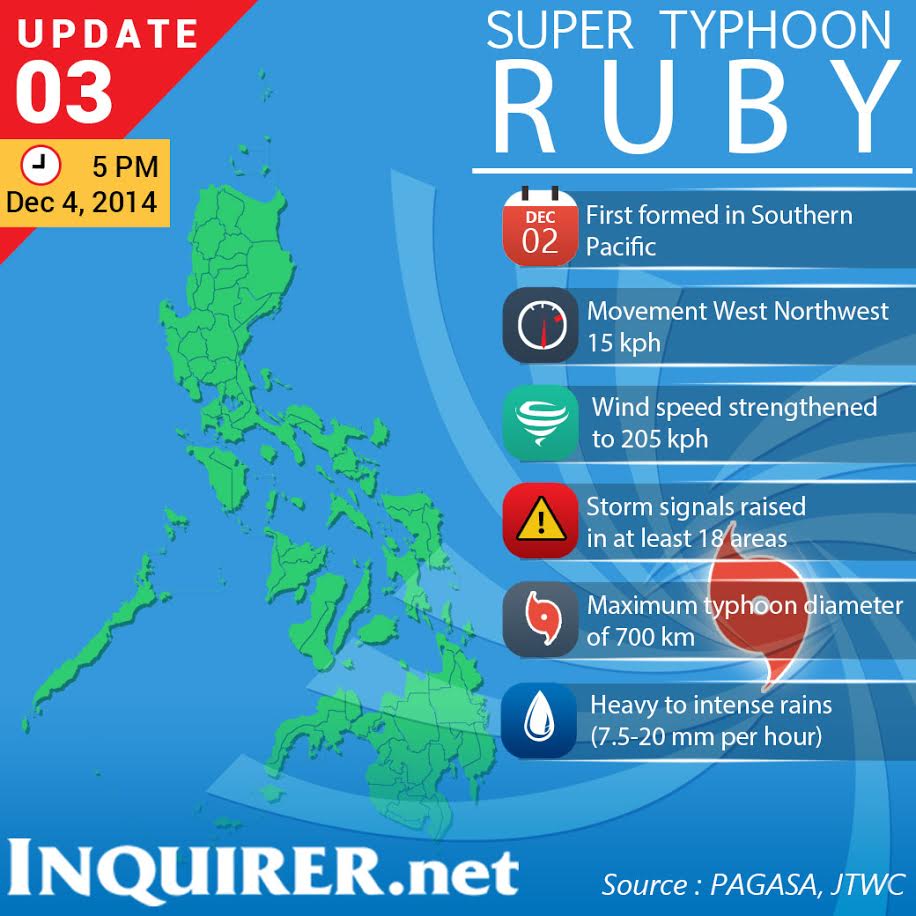 A typhoon is classified as a supertyphoon if it brings maximum sustained winds of 220 kph.

In its 5 a.m. bulletin, the Philippine Atmopsheric Geophysical and Astronomical Services Administration (Pagasa) still classified Ruby as a typhoon with maximum sustained winds of 175 kilometers per hour near the center and gusts of up to 210 kph.

Aldczar Aurelio of Pagasa said Ruby crossed into the PAR at about 2 a.m. and continued on a path towards Eastern Visayas. He said it was still too far to affect the country.

As of 4 a.m. Thursday, Ruby was 942 kilometers east northeast of Hinatuan in Surigao del Sur or 1,023 kilometers east of Surigao City, Pagasa said. It is forecast to move west northwest at 25 kph.

State forecasters are monitoring whether it would recurve or change course and head towards southern Japan or make landfall in Eastern Visayas.

He explained that the recurve would depend on a high pressure area (HPA) in the northeast. If the HPA weakens, Ruby could move upward and avoid the country.

As of Wednesday night, Pagasa said Ruby was headed towards the vicinity of Borongan, Eastern Samar, which it could hit Saturday afternoon or evening. 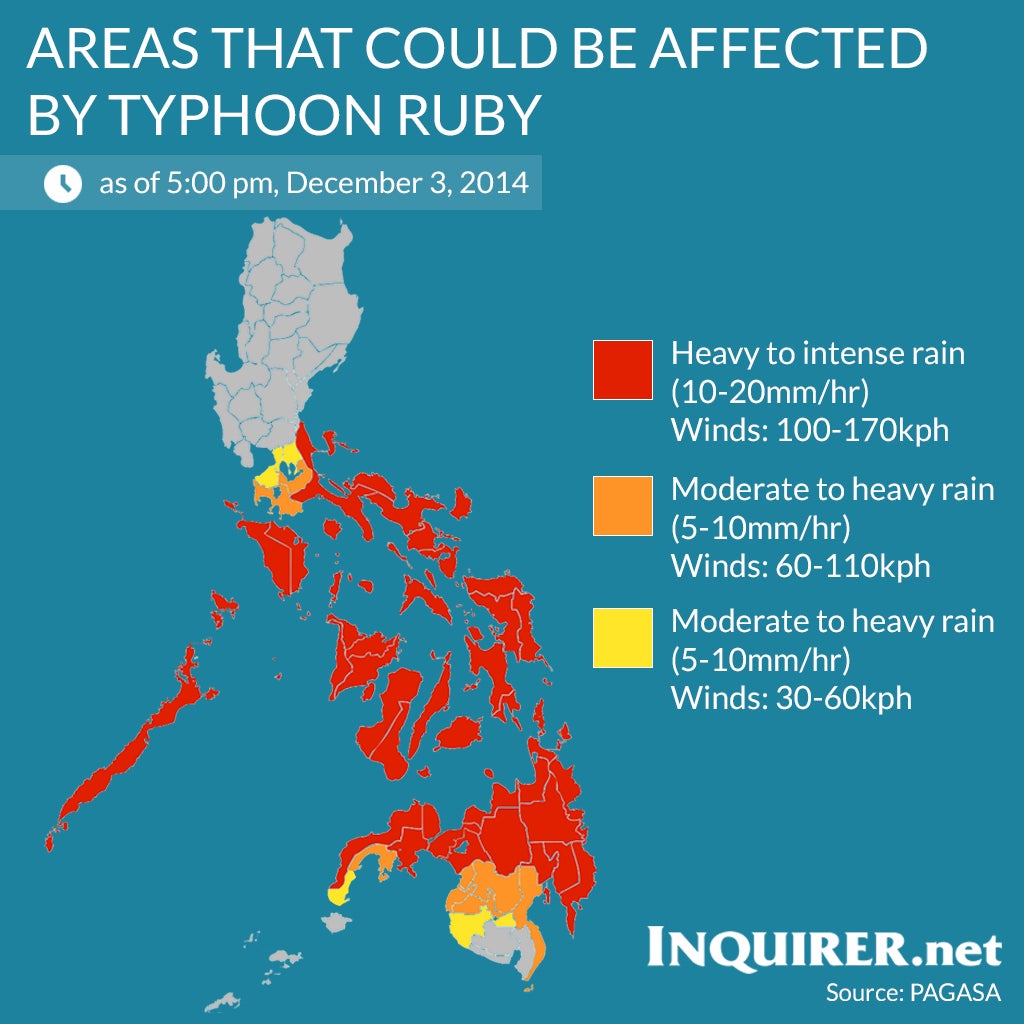 These are the areas that could be affected by supertyphoon Ruby if it continues moving west. INQUIRER.net 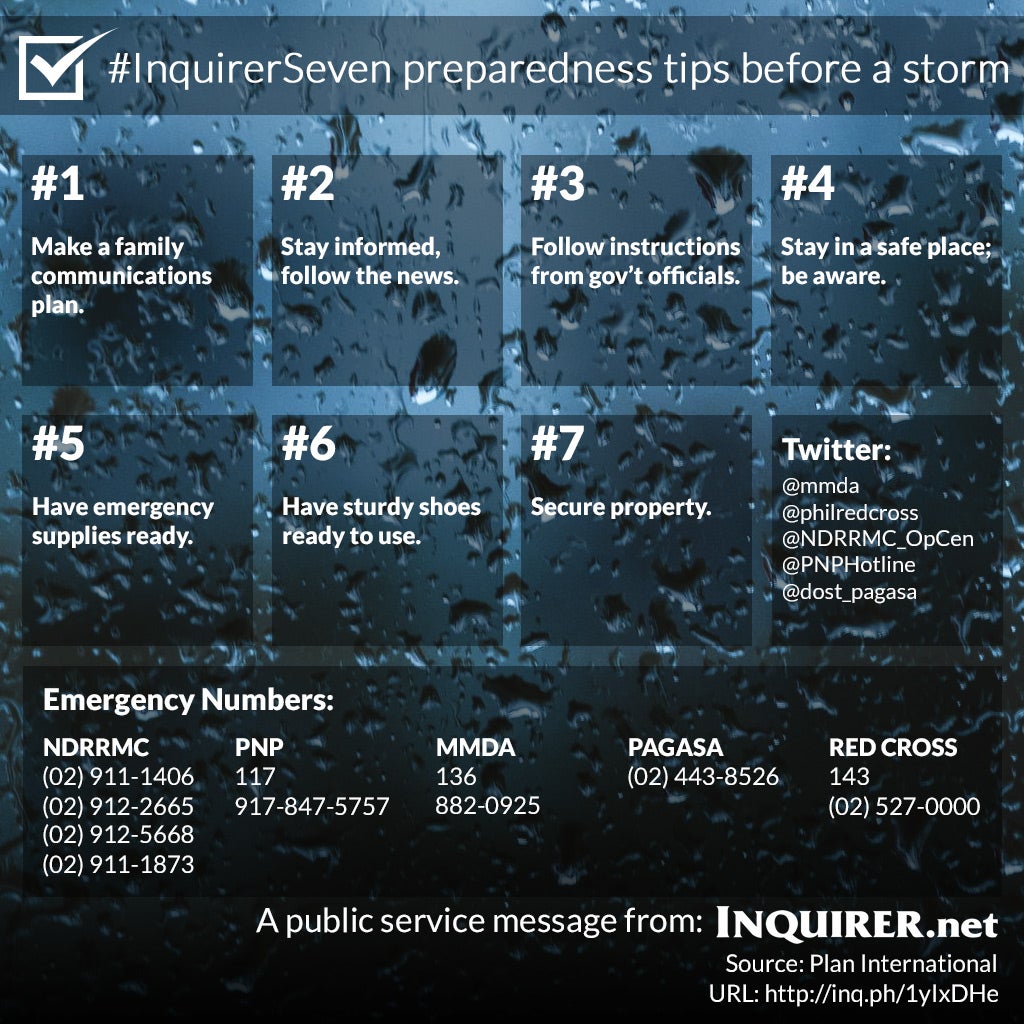 Red alert up as PH braces for ‘Hagupit’