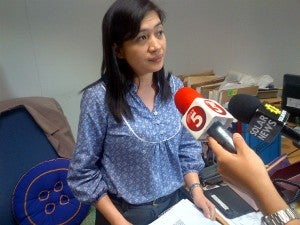 MANILA, Philippines – With the petition for bail filed by Janet Lim Napoles already submitted for resolution, the court said Wednesday its decision on the case is expected to be released in November

Diosfa Valencia, clerk of court of Branch 150 of Makati City Regional Trial Court, said Judge Elmo Alameda will review the pieces of evidence offered to the court by both the prosecution and defense team.

No exact date was given, but Valencia said the resolution is expected to come out within November.

The petition for bail was filed by Napoles in relation to the serious illegal detention filed against him by Benhur Luy, the principal witness in the P10-billion pork barrel scam allegedly masterminded by her.

When Lavin took the witness stand, he claimed that Reynald “Jojo” Lim approached him and discussed to him the alleged “vices and anomalies” of Luy. Lim said Luy has to undergo a spiritual retreat and renewal.

Eight pictures, of which Lavin said were “not so [scandalous], were presented to him by the prosecution team. Lavin, however, said there were more pictures.

Lavin said he offered his services to be Luy’s spiritual adviser, but later discovered that Luy allegedly opted to stay at Bahay San Jose in Makati City because “there were less people . . . and he was more confident with Monsignor Ramirez as they’ve been together quite a while.”

When Lavin was discharged from the witness stand, Attorney Alfredo Villamor said they no longer have other witnesses to present to the court. After the formal offer of the pieces of evidence, the petition was submitted for resolution.

Asked if one witness would be enough to win the bail petition, Villamor said: “Well, we just have to take that risk. Kasi masyado nang matagal yung petition for bail.”

“In fact you can even recall the witnesses to be further examined. Kaya it doesn’t mean na porke’t hindi na namin pinresent ngayon, hindi na namin gagamitin,” he said.

Meanwhile, he said he hasn’t seen the formal letter, which says that Attorney Lorna Kapunan has, indeed, withdrawn herself from being Napoles’ lawyer on the serious illegal detention case.

But if ever she, indeed, has, Villamor said: “It has nothing to do with the merits of the case.”