‘WHAT’S THE BUS?’  Ruel Perez, reporter of Radyo Inquirer 990AM, interviews traffic officials and commuters about the new bus terminal on Coastal Road, where buses from Cavite are expected to stop and unload its passengers headed towards Manila. The new bus scheme enforced by the Manila government is meant to decongest traffic in the city. Mayor Joseph Estrada has stood pat on his decision to implement this regulation despite opposition from bus operators and commuters. Video by INQUIRER.net’s Ryan Leagogo

MANILA, Philippines – Manila Mayor Joseph Estrada has been asked to give the green light in the construction of additional bus stops and to further lower terminal fees in a bid to address problems brought about by the city’s new bus scheme, said a Radyo Inquirer 990AM report Tuesday. 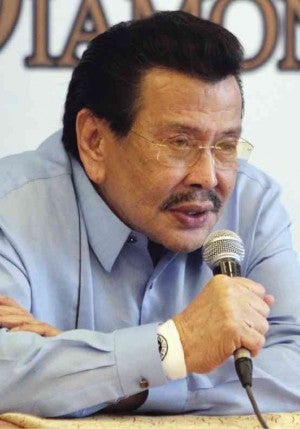 Under the current scheme, buses are only allowed to pick up passengers in Park N Ride Terminal, Quirino Avenue, and Luneta Park.

In earlier reports, commuters complained that the new system had made things difficult for them, forcing them to take additional rides or to walk to stops where buses are allowed. Bus drivers also lamented their loss in income.

Buses whose routes are along Las Piñas-Alabang-Lawton and Cainta-Quiapo also asked for lower terminal fees and security deposits from terminals in Manila.

Last week, bus operators were forced to make a deal with Park N Ride to comply with the new scheme that required the use of terminals in the city. However, there was a dispute in the cost of terminal fees initially set at P80 to P120 per bus entry.