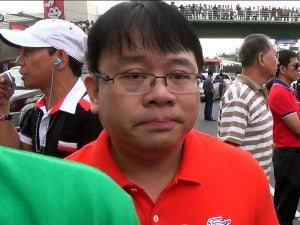 MANILA, Philippines–Atty. Ferdinand Topacio, counsel and spokesperson of a group of bus operators, said Friday exorbitant fees collected by a bus terminal in Manila may sabotage their continuing dialogue with the local government.

In a statement sent to media firms, Topacio said Javier’s pronouncement does “not reflect the true will of the parties, and may even serve to sabotage the continuing dialogue between the stakeholders.”

“Vice-Mayor Moreno, as traffic czar, should knock some sense into the heads of the officers of Park and Drive… [They] cannot charge fees that are extortionate and excessive to the detriment of the legitimate franchisees and the riding public, nor may it impose a monopoly,” Topacio said.

Bus operators in Manila were forced to make a deal with Park N Ride to comply with Manila’s bus scheme that required the use of terminals in the city.

Topacio said Thursday’s dialogue ended on a “happy note” after Moreno brokered an “across-the board reduction of the terminal fee” which was initially set at P80 to P120 per entry.

Manila’s new bus scheme, while lauded for reportedly alleviating traffic in the area, has been receiving flak from both commuters and bus operators.