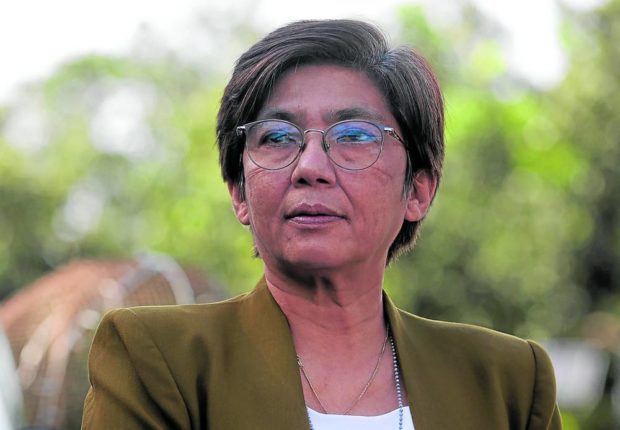 MANILA, Philippines — Department of Health (DOH) officer in charge Maria Rosario Vergeire said that documents pertaining to the government’s multibillion-peso COVID-19 vaccine purchases could be handed to state auditors, contrary to the position of her predecessor that these could not be shown to the Commission on Audit (COA).

The nondisclosure agreements (NDAs) signed by the DOH with the vaccine manufacturers included “exemptions stating that if it is required by law, [or] if it’s required because of the process for auditing or investigation, we can already share [the documents],” Vergeire said.

This matter is also being studied by the health department’s legal team to avoid possible breach of contract, she added.

Vergeire’s statement contradicted the stand of former Health Secretary Francisco Duque III, who informed the COA in a letter that the health agency could not release the procurement documents because of the legally binding NDAs.

Duque’s refusal to hand over the documents was disclosed by new COA Chair Gamaliel Cordoba during his confirmation hearing at the Commission on Appointments last week.

Cordoba warned that the COA would take legal action, including issuing a subpoena to the DOH, if it continued to refuse to submit the documents, asserting that his agency was “not bound by the NDAs.”

But Vergeire pointed out that it was the DOH that had asked the COA for a “special audit” of the national government’s vaccine procurement after the World Bank (WB) and Asian Development Bank (ADB), two of the world’s largest multilateral lenders, “required” an audit to be conducted.

She also said the DOH would support and cooperate with the COA once it starts its audit of the COVID-19 vaccine deals.

During a Senate hearing in June last year, Carlito Galvez Jr., who was in charge of the national vaccination program, and then Finance Secretary Carlos Dominguez III, refused to publicly disclose the cost of the vaccine contracts between the government and its suppliers.

When pressed by then-Senate Minority Leader Franklin Drilon, Galvez told the senators that “we cannot disclose the price as we are bound by nondisclosure agreements,” noting that they were in a public hearing.

Dominguez said he could give the pricing of the COVID-19 shots to the senators in an executive session.

As cited by Galvez, Dominguez said “we cannot give the numbers” in a public forum. “But if COA wants to audit us, it is open for audit,” he said.

As of end-2021, the Philippines had borrowed $2 billion, or about P100.5 billion, for its nationwide free vaccination program for all eligible age groups and sectors.

The country borrowed $1.2 billion from WB, ADB and the China-led Asian Infrastructure Investment Bank in March 2021 and obtained another $800 million from these lenders in December last year to purchase booster and pediatric shots.

As of June this year, the country has received a total of 245.3 million doses of COVID-19 vaccines, including donations. No breakdown is available from official government sources on the number purchased and how many were given free to the Philippines.

The DOH has reported that 44 million doses had gone to waste due to expiration and mishandling. The amount lost was earlier estimated to be about P15.6 billion.Vergeire said only about 2 percent of the wastage came from the vaccine inventory of the national government and about 75 percent from those bought by the private sector or the local governments.

Based on the Nov. 29 data from the national vaccination dashboard of the DOH, 73.8 million individuals had been fully vaccinated, or those who received the primary doses. The number represents almost 67 percent of the country’s 110 million population.