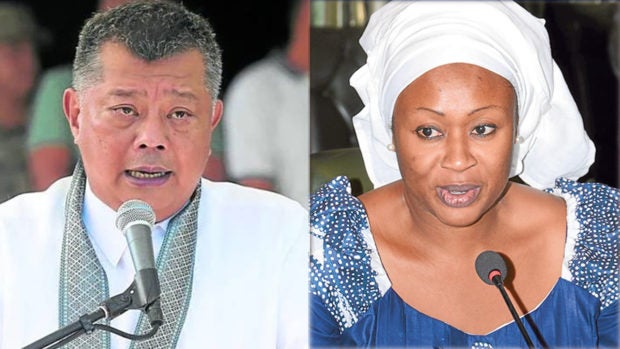 A former justice minister of The Gambia, Singhateh arrived on Nov. 28, on the invitation of the government, to examine the child abuse situation in the country.

Department of Justice spokesperson Assistant Secretary Mico Clavano said Singhateh will meet with Remulla on Dec. 8, after which she is expected to hold a briefing prior to her departure on Dec. 9.

“The purpose of the meeting is for Secretary Remulla to express his gratitude to the UN representative for visiting the Philippines and to answer any questions she may still have after her visit to the different local governments around the country,” Clavano said in a statement.

Special Rapporteurs are part of special procedure mechanisms developed by the UN Human Rights Council to conduct fact-finding and monitoring missions among members of the council.

Prior to her appointment as special rapporteur in 2020, Singhateh was a magistrate of the Gambian high court from 2009 to 2013 and was twice named justice minister in 2013 and then again in 2015.

According to the UN High Commissioner for Human Rights, Singhateh is expected to present a comprehensive report on her visit to the Human Rights Council in March 2024.

Singhateh had just returned to Manila from Cebu City, one of the cities she is scheduled to visit. The other cities are Angeles City, Valenzuela City and Cotabato City.

The UN high commission said in a statement prior to her arrival that Singhateh was tasked to assess the situation and the progress made in combating and preventing the sale and sexual exploitation of children.

The study was conducted in 2016 by researchers from De La Salle University for the Department of Social Welfare and Development and Unicef, another UN body.

After Singhateh, the Commission on Human Rights (CHR) said another UN special rapporteur, Bangladeshi lawyer Irene Khan, is also scheduled to visit in 2023 to examine the situation over freedom of expression and opinion in the country.

However, the CHR has not released details of the visit of Khan, who was once secretary general of Amnesty International.