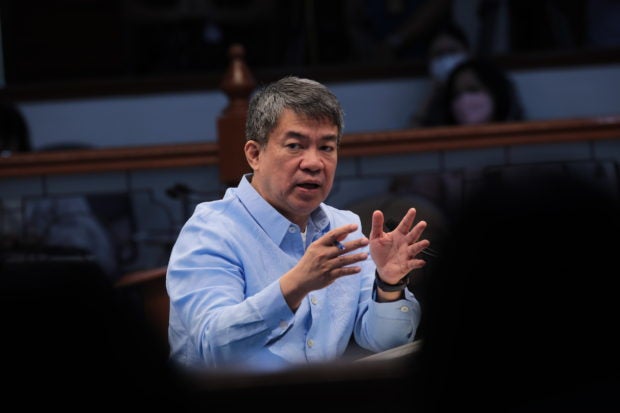 MANILA, Philippines — The refusal of the Department of Health (DOH) to let the Commission on Audit (COA) examine the government’s purchase of COVID-19 vaccines could be a telltale sign that something was amiss in the procurement program, Senate Minority Leader Aquilino Pimentel III said on Wednesday.

“Sad to note that DOH is making the audit of the COVID-19 expenses more difficult than it should be,” Pimentel told reporters.

“All the more they are inviting our attention to the matter and impliedly giving us the impression that there might be something to be discovered therein,” he said.

Sen. Francis Escudero said the DOH’s action may adversely affect the government’s plan to borrow from the World Bank and the Asian Development Bank (ADB) in the future.

“This is part of the loan agreement between them and the Philippine government, that the utilization of the money we borrowed from them be audited,” Escudero said.

“If not heeded, it might affect future loans the government will get from those institutions,” he warned.

The two senators raised the matter after just-confirmed COA Chair Gamaliel Cordoba told the Commission on Appointments on Tuesday that the DOH had asked them for a special audit upon the request of the World Bank and the ADB, which lent the Philippines billions of pesos to bankroll the country’s vaccination program.

But former Health Secretary Francisco Duque III informed the COA that the DOH could not release the documents due to the nondisclosure agreements that the government signed with the vaccine suppliers, according to Cordoba.