CIDG has ‘vital evidence’ in kidnapping of cockfighters | Inquirer News

CIDG has ‘vital evidence’ in kidnapping of cockfighters 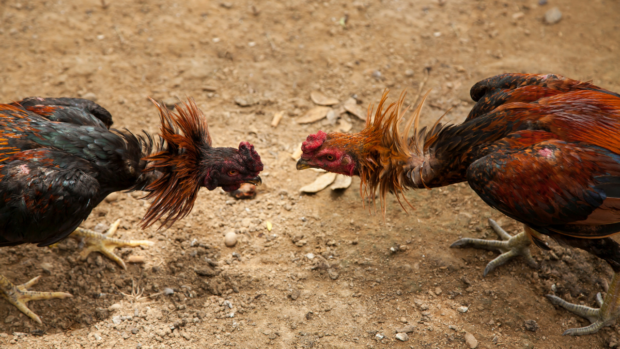 MANILA, Philippines — The police have recovered a cell phone video that may be a key in resolving the disappearance of one of the 34 cockfighters, locally called “sabungeros,” who have been missing since early this year.

In a statement on Tuesday, Brig. Gen. Ronald Lee, chief of the Criminal Investigation and Detection Group (CIDG) of the Philippine National Police, said that with the video, “we now hold vital evidence on our probe in the disappearance of the said sabungeros.”

The video clip showed a man, with his hands cuffed behind his back while being escorted by two men, whom Lee suspected on being policemen in plainclothes, at the AA Cobra Farm in Barangay Palasan in Sta. Cruz, Laguna, around between 8 p.m. and 9 p.m. on April 28, 2021.

Lee said the handcuffed man was positively identified by his wife and brother as Michael Bautista, one of the 34 missing sabungeros.

While they were not able to see the face of the man in the six-second video clip as it was taken from behind, Bautista’s family told police they recognized him from his haircut, body build, as well as the clothes and the body bag he was wearing.

It was on April 28 last year that Bautista told his wife that he would go out to drive his friends to the cockpit arena. Bautista, along with Jayson Amoroto, Erlindo Tahup and Domingo Carable Jr., has been missing since then.

With the video on hand and through the computerized facial composites of the suspects, CIDG probers now have leads on the identity of the two men while the enhancement of the cell phone video is ongoing at the Anti-Cybercrime Group.

“As soon as I assumed the position of director of [CIDG], one of my priorities was the continuous investigation of the missing victims,” Lee said.

In earlier TV interviews, the families of the missing sabungeros deplored the lack of development in the investigation of the authorities.

Both the CIDG and the National Bureau of Investigation have filed complaints against dozens of individuals, most of them policemen, for their alleged involvement in the disappearance of the cockfight personalities.

All the respondents, however, are still free, as no warrant of arrest has been issued against them by the court.

The CIDG in April filed complaints of kidnapping, serious illegal detention, and robbery before the Department of Justice (DOJ) against five police officers for the abduction of Ricardo Lasco, a master agent of e-sabong, and another of the 34 missing sabungeros.

In October, the NBI also filed before the DOJ kidnapping complaints against 11 cops of the National Capital Region Police Office over the disappearance of siblings Gio and Mico Mateo, Garry Matreo Jr., and Ronaldo Anonuevo in April 2021, but their cases were not part of the 34 missing sabungeros whose cases were tackled by a Senate investigation last year.