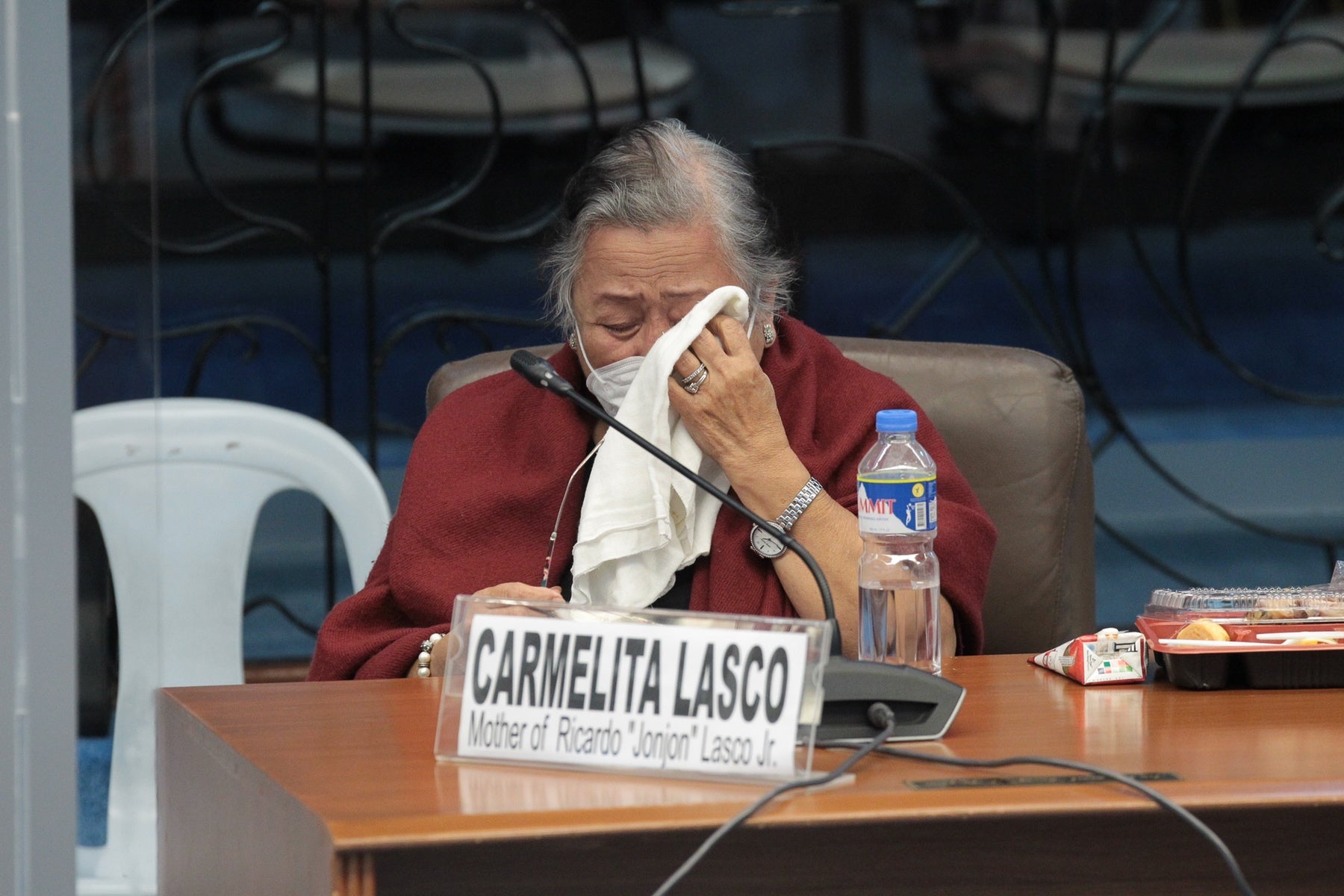 MANILA, Philippines — The Criminal Investigation and Detection Group (CIDG) said it is preparing appropriate charges against five policemen identified by at least four witnesses in the “kidnapping” of an e-sabong “master agent” in his residence in Laguna.

“Right now, our investigators are now consolidating the sworn statements of our witnesses and other pieces of evidence for the preparation of the filing of appropriate cases against the identified suspects before the Department of Justice (DOJ),” CIDG Director Eliseo Cruz said during Monday’s resumption of the Senate public order committee inquiry into the disappearance of over 30 cockfight enthusiasts.

This, after Cruz informed senators of “another breakthrough” in one of the eight cases the CIDG is handling.

According to the CIDG director, at least four witnesses identified five suspects among the 28 photos provided to them by authorities.

“This is in connection with the case of Ricardo Lasco, a master agent of e-sabong who was kidnapped by more or less 10 armed men in his residence in San Pablo, Laguna on August 30, 2021,” he said.

According to Cruz, the policemen were formerly assigned at the provincial intelligence branch of Laguna police provincial office based in Sta. Cruz, Laguna.

“The witnesses initially identified 5 suspects through the photographs of the suspects presented to them by the CIDG in coordination with the PRO (Police Regional Office) Calabarzon,” he added.

“We are preparing to file an appropriate case before the DOJ and of course we are still gathering more evidence, physical or circumstantial, to support the testimonies of these witnesses,” Cruz further said.

Lasco was abducted in August of last year. During Monday’s hearing, his partner, Princess, and his mother, Carmelita, tearfully appealed for the resolution of the case.

Lasco is among the 34 individuals involved in cockfighting who went missing from April last year to January 2022.

So far, the CIDG has filed kidnapping and illegal detention raps against eight suspects in connection with a case involving six cockfight enthusiasts who were reportedly last seen at the Manila Arena in January 2022.