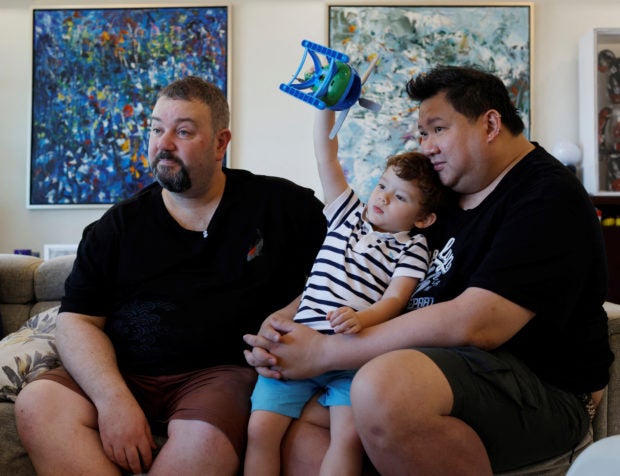 Same-sex parents Andre Ling, 44, and Cameron Sutherland, 47, play with their two year old son Tyler at home, as they share their views on the repeal of a law criminalizing sex between men, known as Section 377A, in Singapore August 22, 2022. REUTERS

SINGAPORE — Singapore’s decision to lift a colonial-era ban on sex between men is long overdue and will not end discrimination of LGBT groups in the conservative city-state, rights activists and members of the gay community said on Monday.

The announcement by Singapore’s prime minister to repeal the so-called 377A  law on Sunday came as he also said the government would take steps to prevent legal challenges that would allow same-sex marriages to be recognized.

That has left many feeling underwhelmed by the historic move.

“It’s just a small, little step,” Singaporean Andre Ling, 44, told Reuters from his home in the city-state where he lives with his Australian husband and their two-year-old son.

“But beyond that, if you’re going to have a family or you want marriage and want to be in Singapore and to be treated equally, that’s not going to happen.”

Ling, 44, married Cameron Sutherland, 47, in Australia, where same-sex marriage is legal. But their marriage is not recognised in Singapore so they are not eligible for certain privileges afforded to married couples like subsidised housing.

“By coming to Singapore, we knew that our marriage certificate will be like a piece of toilet paper,” Ling said.

The treatment of LGBT groups has long been a contentious subject in Singapore, a multi-racial, multi-religious society of 5.5 million. 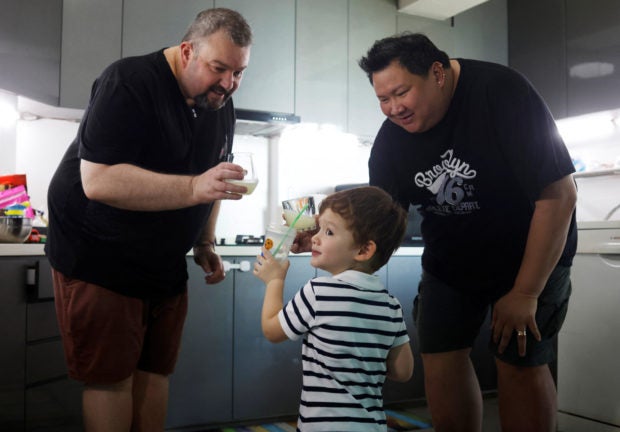 Even though Singapore’s 377A, under which offenders can be jailed for up to two years, has not been enforced on consenting adult males for decades, some religious groups wanted the statute to stay, fearing that its repeal may promote homosexuality and challenge traditional family structures.

In a move to assuage some of those concerns, Prime Minister Lee Hsien Loong said on Sunday his government would protect its definition of marriage, that of being between a man and a woman, from being challenged constitutionally in the courts.

Others didn’t see it that way.

“Some people do feel that a lot more can be done,” said Bryan Choong, chair of LGBTQ advocacy group Oogachaga, adding that the 377A repeal was “long overdue”.

Marriage equality is important to many in Singapore’s lesbian, gay, bisexual, transgender and queer (LGBTQ) community, and “the doors to that possibility should not be closed”, Choong said.

Around 30 countries worldwide have legalized same sex marriage, with Taiwan the only place in Asia to do so.