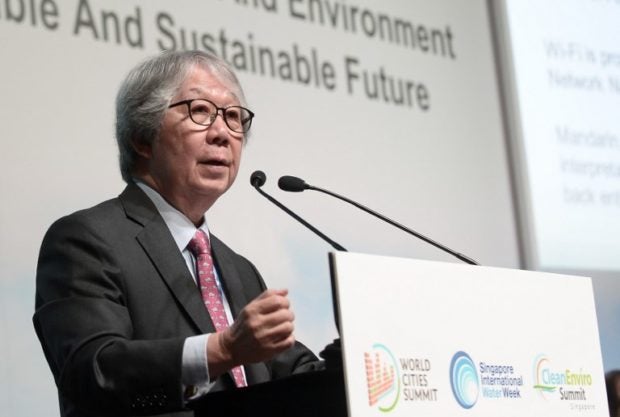 SINGAPORE — One of Singapore’s most influential diplomats called Tuesday for the repeal of a law criminalizing sex between men, saying it was time for the modern city-state to abandon the “antiquated” legislation.

The Indian Supreme Court’s decision earlier this month to decriminalize homosexual sex has sparked fresh debate in Singapore, and a new legal challenge has been lodged against the city’s anti-gay sex law.

Sex between men remains illegal in Singapore under “Section 377A” of the penal code, inherited from the British colonial era, although it is rarely enforced.

Tommy Koh, a veteran diplomat and former ambassador to the United Nations and the US, wrote in a column for the pro-government newspaper The Straits Times that the statute should be abandoned.

“Section 377A is an antiquated law, not supported by science, and should be repealed,” said Koh, an international law expert and ambassador at large in the foreign ministry.

The 80-year-old said Singapore is one of a minority of countries that still outlaw sodomy because the law was inherited from the old British penal code.

“For a country which embraces science and technology, it is surprising that, on this one aspect, the law has not been updated in light of the scientific evidence,” he said.

Koh said the World Health Organization had removed homosexuality from its list of mental disorders, and while religious leaders consider sodomy a sin it should not be a crime.

The last time a challenge was brought against the law was in 2014 but the city-state’s appeals court dismissed it, saying it was up to parliament to repeal the law.

Singaporean DJ Johnson Ong lodged a new challenge earlier this month. Lawyers for Ong, known as DJ Big Kid, said they will seek to show the ban runs counter to the constitution’s guarantee of personal liberty.

But public support for gay rights has been growing, with thousands turning up in recent years for Singapore’s annual Pink Dot gay rights rally. /ee